The new pictures and Gray Sue's report into the partygate scandal belie the British Prime Minister's repeated statements that COVID-19 'rules were followed at all times'. 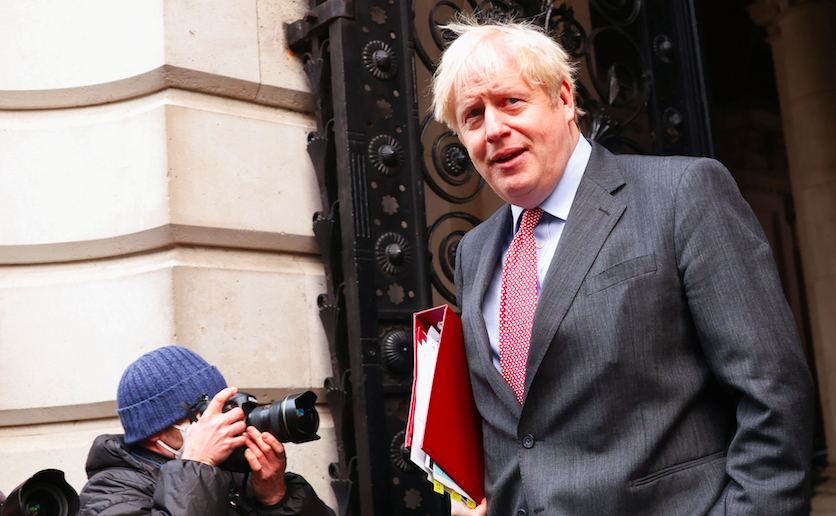 New Delhi: As British Prime Minister Boris Johnson continues to deny allegations of holding ‘booze’ parties at his Downing Street residence when the country was under lockdowns to contain COVID-19 in 2020, new photographs emerged on Monday, May 23, which show him raising a toast with half a glass in his hands.

The release of photographs by ITV coincidentally comes two days before the release of the long-anticipated ‘partygate’ report into law-breaking parties at Downing Street, compiled by senior civil servant Sue Gray. The report, expected to be published Wednesday, May 25, will be first handed over to Downing Street before Johnson addresses parliament over its findings.

Johnson has been caught in the eye of a storm since June 2020, when COVID-19 was at its peak and the country under lockdowns, after allegations emerged of several parties held at the prime minister’s official residence under his watch.

However, Johnson has consistently held that he was sure that “the rules were followed at all times”, referring to the social distancing norms to check the spread of COVID-19. The new photos now appear to undermine some of Johnson’s previous statements, even made on the floor of parliament.

Gray’s interim report, which was released earlier, was critical of leadership failures triggering a police investigation under Scotland Yard’s ‘Operation Hillman’. That investigation concluded last week with 83 fines being issued for breach of coronavirus lockdown rules within UK government quarters, including one each for Johnson, wife Carrie and UK Chancellor Rishi Sunak. It cleared the decks for the original Sue Gray report to be published in full.

“It’s not just the optics, it’s understandable that people will feel anger because there were instances where people couldn’t attend funerals of close friends, couldn’t visit loved ones,” UK environment secretary George Eustice told the BBC, with reference to the breaches.

As well as his appearance in the House of Commons, Boris Johnson is also set to face a tough meeting of the powerful Tory backbench 1922 committee. After an initial uproar over the partygate, most of his party MPs have fallen behind the party line against the backdrop of a soaring cost of living crisis and the Russia-Ukraine conflict.

However, the issue has been reignited as the BBC’s Panorama programme aired footage of Downing Street insiders speaking anonymously of a ‘booze culture’ throughout the lockdown.

Three insiders told the documentary of chaotic, crowded gatherings at the heart of government in which people sat on others’ laps in complete disregard of the social distancing rules and rooms were left strewn with bottles of alcohol. One of the BBC’s sources said they felt such “parties” were licensed by the UK PM as he was there and did not demand it be shut down.

The new photographs, obtained by ITV News, were taken during a gathering in honour of Downing Street’s outgoing director of communications Lee Cain in November 2020, an event previously investigated by police for potential breaches of the law.

Johnson was not fined for taking part in the November 2020 event, though he was issued with a fixed penalty notice for a Downing Street gathering to mark his birthday in June that year, an event which he said lasted no more than 10 minutes.

He had apologised for what he called a “mistake”, but refused to resign over the issue.

Sue Gray’s report, which is expected to include details of some events that were not investigated by the police, could spur more criticism of the British leader, who has been under months of pressure over several scandals and U-turns.

London Mayor Sadiq Khan is among Opposition Labour leaders calling for an explanation from the Metropolitan Police why the UK Prime Minister was only fined for a birthday party in June 2020 and not handed a second fine for another party after pictures emerged of him holding up a glass at a farewell drinks party on November 13, 2020. The rules in force at the time banned indoor gatherings of two or more people, except if “reasonably necessary” for work purposes.

With opinion polls showing deep public disapproval of “Partygate”, Conservative MPs must calculate whether Johnson remains an electoral asset or a liability heading into two important by-elections next month, according to AFP.