Netanyahu made a similar pledge days before an Israeli general election in April. 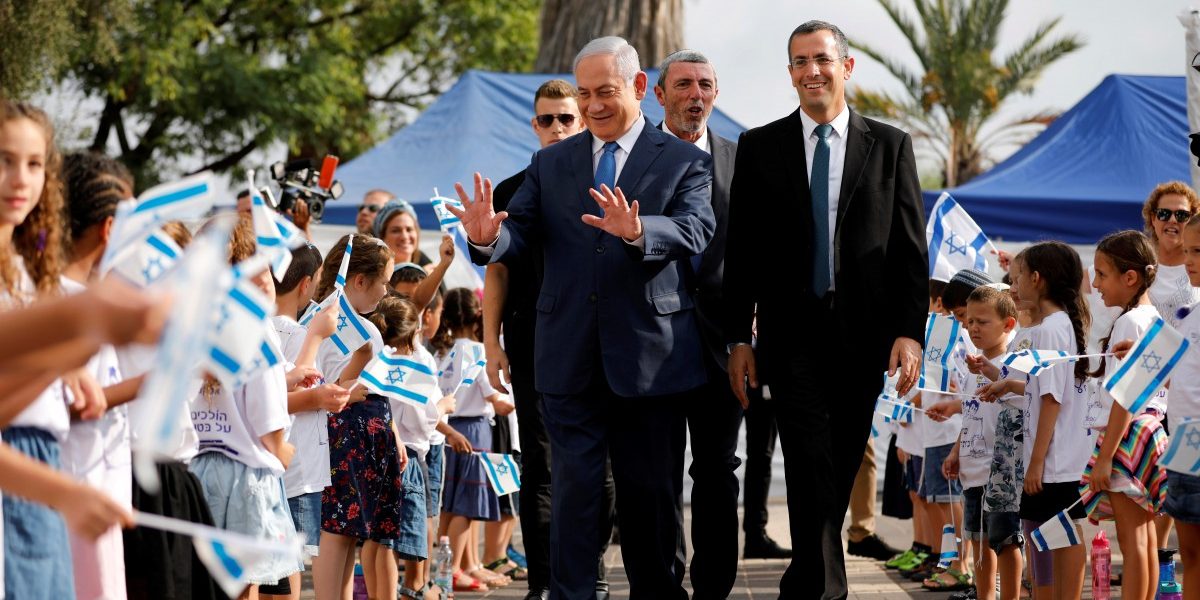 Israeli Prime Minister Benjamin Netanyahu walks with Education minister Rafi Peretz as he greets students during a ceremony opening the school year in the Jewish settlement of Elkana in the Israeli-occupied West Bank. Photo: Reuters

Settlements are one of the most heated issues in the Israeli-Palestinian conflict. Palestinians have voiced fears that Netanyahu could defy international consensus and move ahead with annexation with possible backing from U.S. President Donald Trump, a close ally.

“With God’s help we will extend Jewish sovereignty to all the settlements as part of the (biblical) Land of Israel, as part of the State of Israel,”Netanyahu said in Sunday’s speech in the West Bank settlement of Elkana, where he attended a ceremony opening the school year.

He did not say when he planned to make such a move.

Netanyahu, who heads the right-wing Likud party, made a similar pledge days before an Israeli general election in April. After the vote he failed to form a governing parliamentary majority and the country will hold a new election on Sept. 17.

With publication of a U.S. peace plan still pending, Trump has already recognised Israel’s 1981 annexation of the Golan Heights, territory Israel captured from Syria in the 1967 Middle East war.

Palestinians seek to make the West Bank part of a future state that would include the Gaza Strip and have East Jerusalem as its capital. Israel captured those areas in 1967 and moved troops and settlers out of Gaza in 2005.

After decades of settlement-building, more than 400,000 Israelis now live in the West Bank, according to Israeli figures, among a Palestinian population put at about 2.9 million by the Palestinian Statistics Bureau.

A further 212,000 Israeli settlers live in East Jerusalem, according to the United Nations Office for the Coordination of Humanitarian Affairs.

The Palestinians and many countries consider settlements to be illegal under the Geneva conventions that bar settling on land captured in war. Israel disputes this, citing security needs and biblical, historical and political connections to the land.

The Trump administration says it intends to release its Israeli-Palestinian peace plan after the Israeli election and has not disclosed whether it will advocate a two-state solution that has been at the foundation of past negotiations.