Pro-Suu Kyi demonstrations have been held in major towns and cities since the news was announced that she would attend the hearings in person. 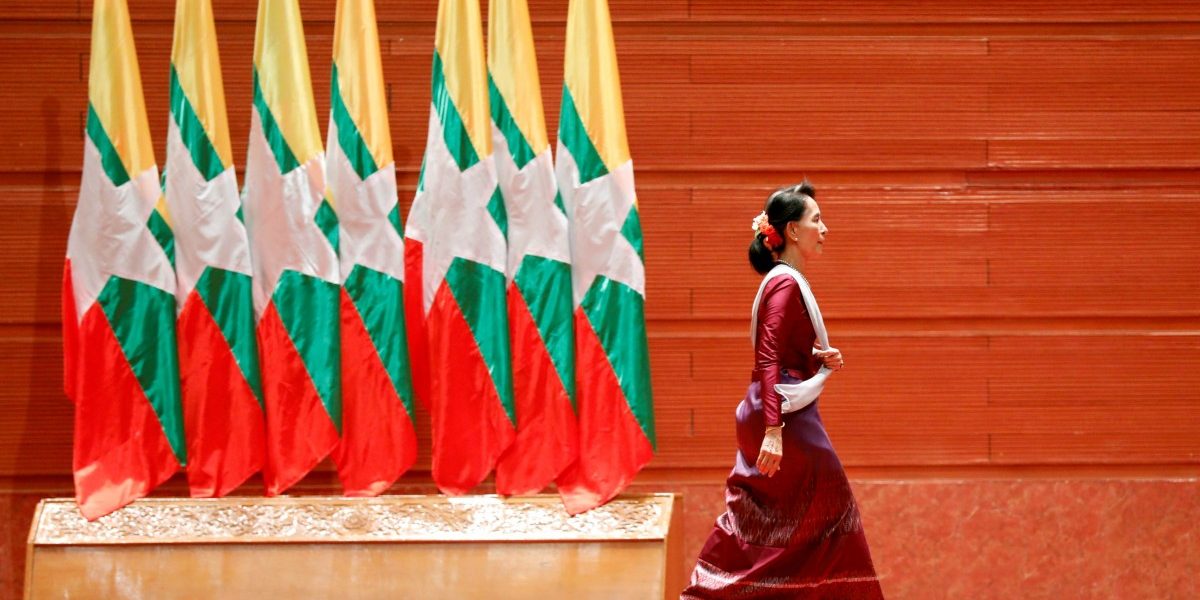 Myanmar State Counselor Aung San Suu Kyi walks off the stage after delivering a speech to the nation on the Rakhine and Rohingya situation, in Naypyitaw, September 19, 2017. Photo: Reuters/Soe Zeya Tun/File Photo

Yangon: Myanmar leader and Nobel peace prize laureate Aung San Suu Kyi departed on Sunday for the UN’s top court in The Hague to defend the country against charges of the genocide of its Rohingya Muslim minority.

Suu Kyi was pictured smiling as she walked through the airport in the nation’s capital, Naypyitaw, flanked by officials, a day after thousands rallied in the city to support her and a prayer ceremony was held in her name.

Crowds are expected to gather again in the afternoon to send off several dozen supporters who will travel to The Hague in the Netherlands and demonstrations are planned throughout the coming week, with hearings set for December 10 to 12. 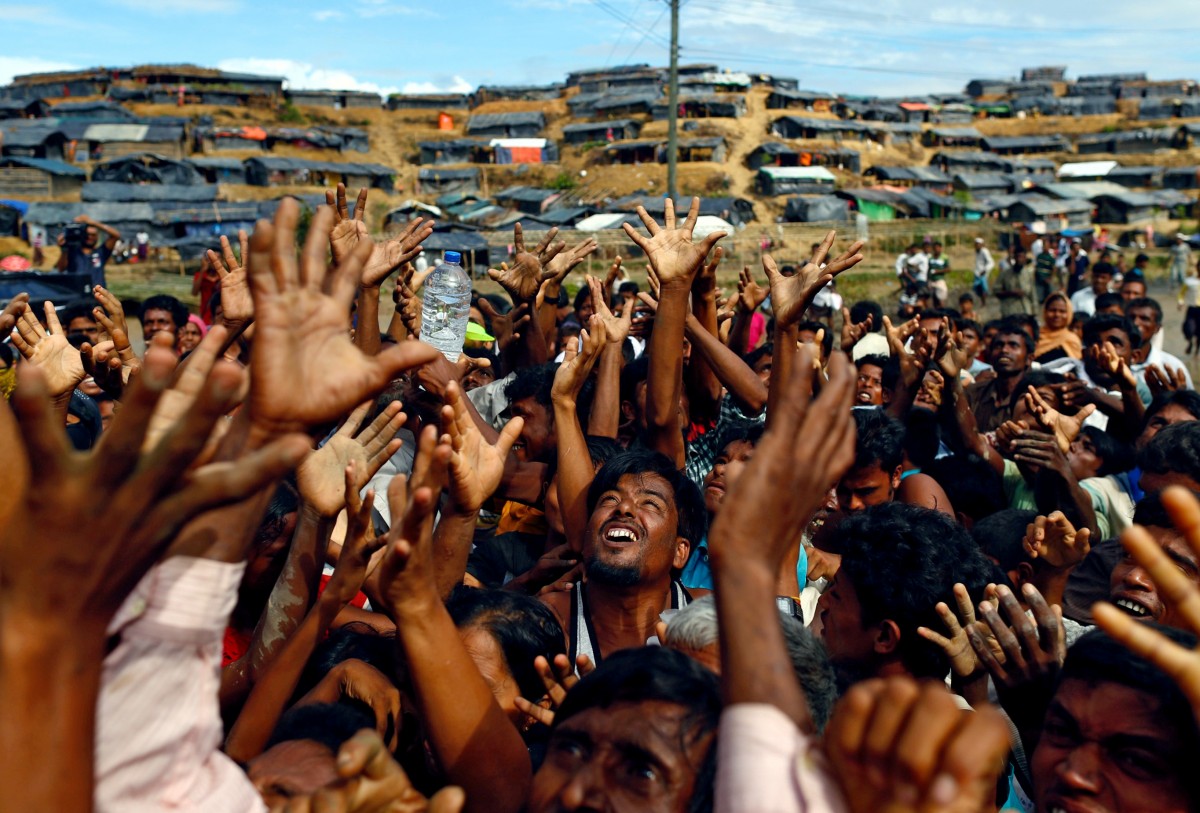 During three days of hearings, it will ask the 16-member panel of UN judges at the International Criminal Court of Justice to impose “provisional measures” to protect the Rohingya before the case can be heard in full.

More than 730,000 Rohingya fled Myanmar in 2017 after a brutal military-led crackdown the U.N has said was executed with “genocidal intent” and included mass killings and rape.

Despite international condemnation over the campaign, Suu Kyi, whose government has defended the campaign as a legitimate response to attacks by Rohingya militants, remains overwhelmingly popular at home.

On Saturday, thousands rallied in Naypyitaw while senior officials held a prayer ceremony at St Mary’s Cathedral in the former capital of Yangon.

Among them was religion minister Thura Aung Ko, who has been vocal in his disdain for the minority and last year said refugees in the camps in Bangladesh were being “brainwashed” into “marching” on Buddhist-majority Myanmar.

Suu Kyi spent the eve of her departure meeting with Chinese foreign minister Wang Yi, with both countries pledging stronger ties, according to Zhao Lijian, deputy director-general of the information department at China’s foreign ministry.

Pro-Suu Kyi demonstrations have been held in major towns and cities since the news was announced that she would attend the hearings in person.

Billboards with her picture and the words “stand with Suu Kyi” have also been erected around the country, including in historic former capital Bagan, the country’s major attraction for tourists who come to see the centuries-old temples.