ASEAN has yet to announce the visit and it was not immediately clear if the envoys planned to meet opponents of the military or other stakeholders. 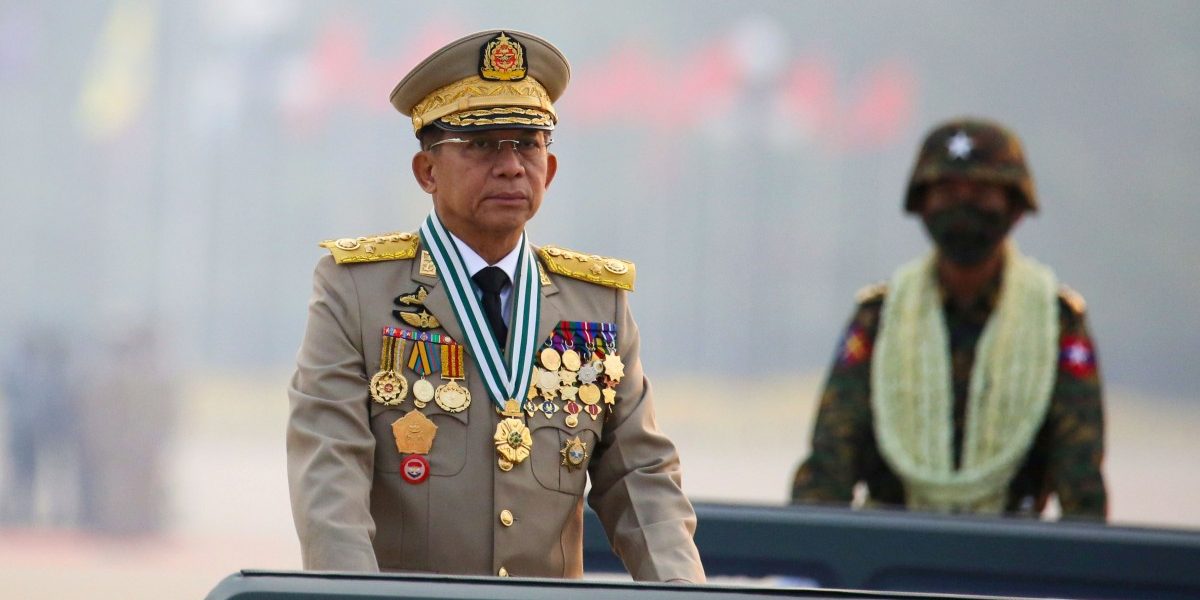 Myanmar: Opponents of Myanmar‘s junta said on Friday they had lost faith in Southeast Asian efforts to end the crisis in the country, as two regional envoys met the military ruler Min Aung Hlaing in the capital Naypyitaw.

The Association of Southeast Asian Nations (ASEAN) has led the main international diplomatic effort to find a way out of the crisis in Myanmar, a country in turmoil since the military’s Feb. 1 overthrow of Aung San Suu Kyi’s elected government.

“We have little confidence in ASEAN‘s efforts. All of our hopes are gone,” said Moe Zaw Oo, a deputy foreign minister in a parallel government that the junta has declared treasonous.

“I don’t think they have a solid plan for their credibility,” he said of ASEAN.

Moe Zaw Oo was speaking in a streamed news conference that was disrupted across Myanmar by internet outages.

Two sources briefed on the outage, who declined to be identified for security reasons, told Reuters authorities had ordered the shutdown.

It said the meeting discussed Myanmar cooperating on humanitarian issues, holding an election once the country was stable, and what it said were irregularities in last year’s election, which led to the military intervention.

The military, which ruled Myanmar from 1962 to 2011, had promised to return democracy within two years.

The visit was part of a five-point consensus reached at a meeting in Jakarta of the bloc’s leaders late in April, which was attended by Min Aung Hlaing and celebrated by ASEAN as a breakthrough.

ASEAN has yet to announce the visit and it was not immediately clear if the envoys planned to meet opponents of the military or other stakeholders.

Myanmar has sunk into chaos since the coup, with countrywide strikes, boycotts and protests paralysing the economy and tens of thousands of people displaced by heavy fighting between the military and ethnic minority insurgents and newly formed militias.

At least 845 people have been killed by security forces and more than 4,500 jailed, according to an activist group. The junta disputes those figures.

Nobel laureate Suu Kyi, 75, is among those held, charged in two different courts with offences ranging from breaching coronavirus curbs and illegally importing walkie-talkies to a violation of the Official Secrets Act, punishable by up to 14 years in jail.

Her lawyer voiced concern on Friday that she had no legal representative in the most serious of the cases, which also includes her Australian economic adviser, Sean Turnell, but had listed all of them as representing themselves.

“We have concerns that they won’t have any legal representatives and there won’t be any transparency,” Khin Maung Zaw told Reuters.

The National Unity Government (NUG), comprised of pro-democracy groups and supporters of Suu Kyi’s ruling party, on Friday said it would end conflicts in Myanmar and write a new federal constitution but would first need to defeat the junta.

“The NUG government will call for a war at some point. When that time comes, we must work together to defeat the junta,” he said.

“At the moment, it is not important who the leader is, it is important to defeat the common enemy – the terrorist regime.”

Min Aung Hlaing’s meeting with the ASEAN envoys came a day after he met the head of the International Red Cross.

The United Nations, Western countries and China have all backed ASEAN‘s mediating role, but some Western powers have also imposed increasing sanctions to target junta members and their economic interests.

The Special Advisory Council for Myanmar, a group of independent international experts, said it was crucial that the ASEAN envoys meet all parties in the country, including protest leaders, the NUG, elected lawmakers and Suu Kyi’s party.

“Failure to meet with all relevant parties risks lending legitimacy to the junta and undermines the enormous effort and sacrifice made by the people of Myanmar to resist the junta’s violent and unlawful attempt to seize power,” it said.