In Facebook and Twitter posts since August, Suu Kyi's government has shown support for non-Muslims displaced by the violence and blamed the international community for distributing "fake news" about alleged rights abuses. 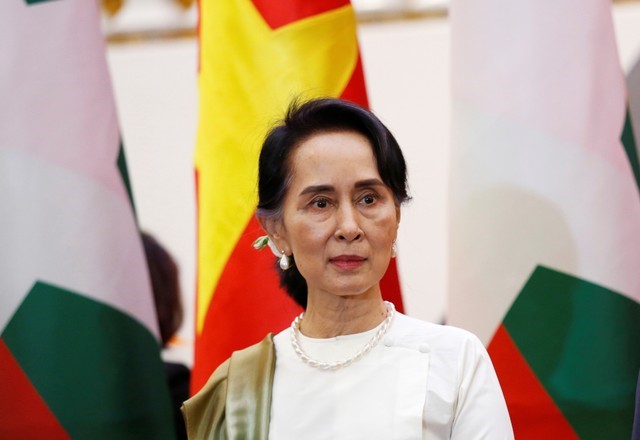 Patience and time are required to restore trust between the communities, Suu Kyi told Christine Schraner Burgener, the United Nations special envoy on Myanmar on June 20, according to the statement on the Nobel Peace laureate’s Facebook page.

Many reported killings, rape and arson on a large scale.

The UN has called the campaign a textbook example of “ethnic cleansing”, a chargeMyanmar denies.

“The state counsellor also pointed out that the hate narratives from outside the country have driven the two communities further apart,” the Facebook statement paraphrased Suu Kyi as saying, without identifying the communities.

Suu Kyi also stressed the need for a forward-looking approach to resolve the issue, it added.

Zaw Htay, a spokesman for the government, did not immediately respond to Reuters’ requests to clarify what narratives Suu Kyi was referring to.

In Facebook and Twitter posts since August, Suu Kyi‘s government has shown support for non-Muslims displaced by the violence and blamed the international community for distributing “fake news” about alleged rights abuses.

Rohingya in Myanmar are denied citizenship, freedom of movement and access to services such as healthcare and education.

This month, Myanmar and UN agencies signed an outline deal on the return of Rohingya refugees, a warming of ties after a low point hit last year when the government suggested some agencies provided food to Rohingya militants.