The World Food Programme warned that Cyclone Kenneth could in the coming days dump twice as much rain on northern Mozambique, raising concerns of a repeat of the flooding in a region prone to floods and landslides. 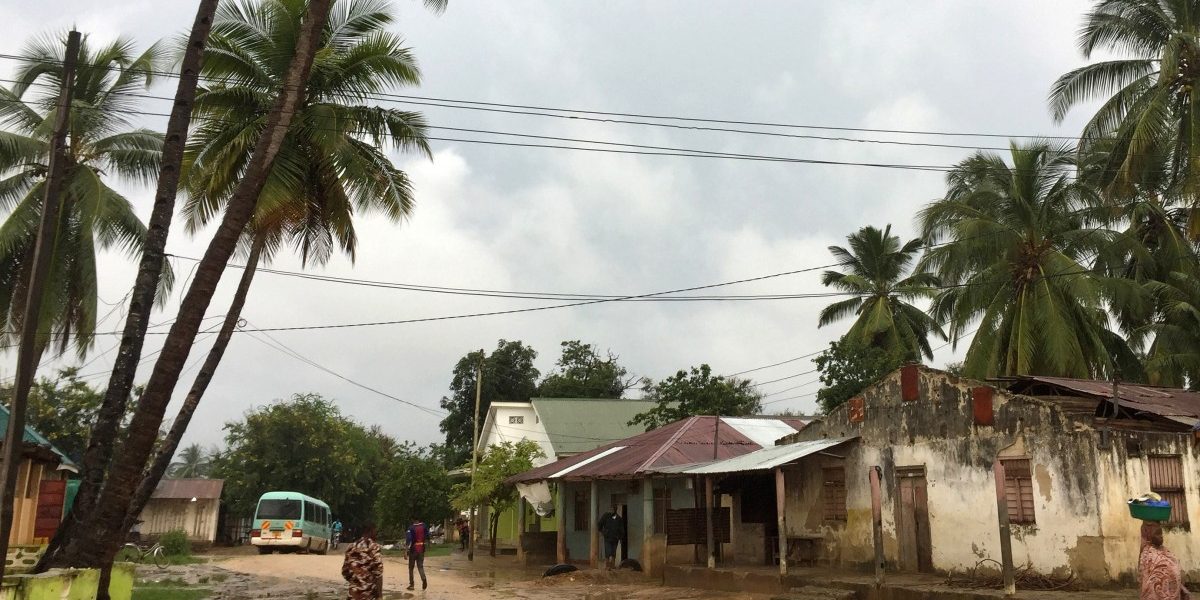 Johannesburg: Mozambican officials on Saturday urged those living near two rivers in the country’s north to move to higher ground, as Cyclone Kenneth dumped heavy rains and caused some flooding.

The cyclone killed five people and flattened homes around Mozambique’s northern coast before moving inland and pounding the province of Cabo Delgado with rain, fuelling fears rivers could burst their banks and leave huge areas under water.

The National Directorate of Water Resources Management said the Megaruma river had registered a marked increase in volume, causing some flooding in river-side and low-lying areas in the districts of Mecufi and Chiure, south of the provincial capital of Pemba.

The Messalo river was also expected to cause flooding in the districts of Muidumbe and Macomia, north of Pemba, it said in a statement.

“Faced with this scenario, [the directorate] recommends the population living in areas referred to above withdraw immediately to high and safe areas.”

Kenneth slammed into Mozambique just six weeks after Cyclone Idai, which levelled the port city of Beira before bringing deadly floods that submerged villages and vast stretches of land. Idai killed over 1,000 people across Mozambique, Zimbabwe and Malawi.

The World Food Programme warned that Kenneth could in the coming days dump twice as much rain on northern Mozambique, raising concerns of a repeat of the flooding in a region prone to floods and landslides.

“Worryingly, it is still raining heavily,” said Daw Mohammed, CARE’s director of humanitarian operations, who is in the port city of Pemba, the provincial capital.

The death toll from Kenneth – marking the most powerful storm to ever strike Mozambique’s northern coast – rose to five on Saturday, a spokesman for the United Nations Office for the Coordination of Humanitarian Affairs (OCHA) said, citing the government.

It had already killed three people in the Comoros when it made landfall in Mozambique on Thursday night, packing storm surges and winds of up to 280 km per hour (174 mph).

UNICEF said an additional 368,000 children were now at risk in Mozambique, one of the world’s poorest countries and already struggling to cope with the impact of Idai, which left an estimated 1.85 million people in the country in need.

Michel Le Pechoux, UNICEF deputy representative in Mozambique, said the organisation was “deeply worried” that communities in Cabo Delgado – which has no history of cyclones -would not have been prepared for the scale of the storm. 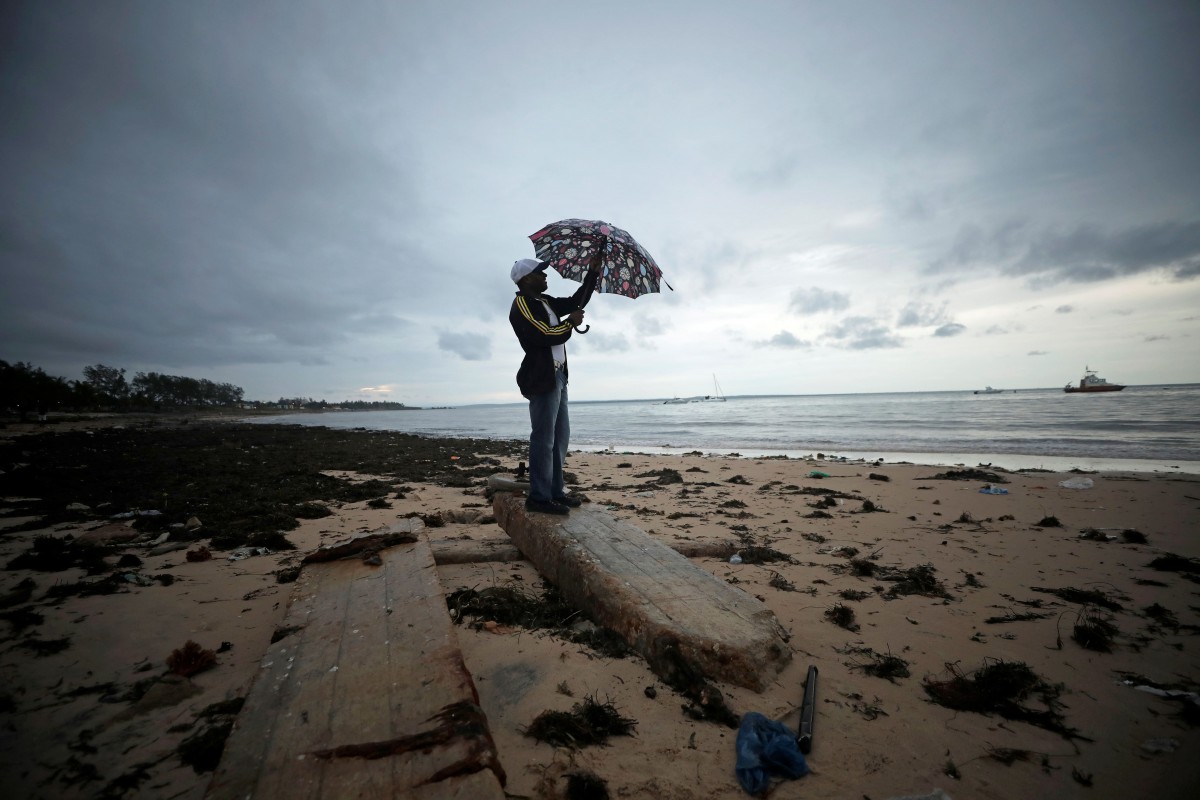 A man holds an umbrella beneath storm clouds over Wimbe beach, as the region braces for further rainfall in the aftermath of Cyclone Kenneth in Pemba Mozambique, April 27, 2019.
Credit: Reuters

“The soil is saturated with rain and the rivers are already swollen, so the emergency is likely to get worse from flooding in the next few days,” he said in a statement.

With power and communications knocked out in many areas, aid agencies were struggling to assess the extent of the devastation.

Mozambican officials said almost all of the homes on the island of Ibo had been destroyed, while the neighbouring mainland district of Macomia had suffered heavy damage.

Trees were ripped from their roots and banks, petrol stations and hotels were also damaged.

Aid workers said some areas, such as Mocimboa de Praia in the north, were also a concern as there had been little communication with them.

The government and aid agencies said 30,000 people had been moved to safety before the storm struck, however it was estimated a total of almost 700,000 were at risk.