Minneapolis Policemen Face Additional Charges as Protests Continue Across US

Floyd's death has become the latest flash-point for long-simmering rage over police brutality against African Americans, propelling the issue of racial justice to the top of the political agenda. 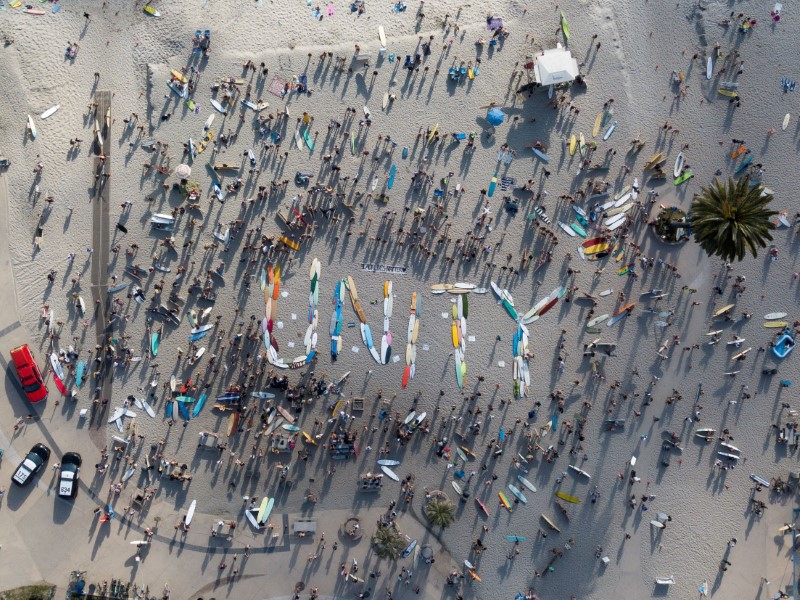 Hundreds of surfers gather in support of Black Lives Matter, following the death in Minneapolis police custody of George Floyd at Moonlight Beach in Encinitas, California, US, June 3, 2020. Photo: Tyler Transki/Handout via REUTERS

Minneapolis: Prosecutors on Wednesday levelled new criminal charges against four Minneapolis policemen implicated in the death of a black man pinned by his neck to the street during an arrest that sparked more than a week of nationwide protest and civil strife.

The added murder charge filed against one officer already in custody and the arrest of three more accused of playing a role in the killing of George Floyd, 46, came as several nights of escalating unrest gave way to mostly peaceful protests.

Thousands of demonstrators massed near the White House lit up their cellphone flashlights and sang along to the 1970s soul tune ‘Lean on Me’, before resuming a chorus of anti-police chants.

In a further display of self-policing seen in Washington and elsewhere this week, a number of protesters urge some of their more provocative cohorts to stop taunting police and leave.

Several major cities scaled back or lifted curfews imposed for the past few days. But not all was calm.

In New York City’s Brooklyn borough, police in riot gear charged into a crowd of about 1,000 protesters defying a local curfew, albeit peacefully, near an outdoor plaza, and clubbed demonstrators and journalists as they scurried for cover in a downpour of heavy rain.

The confrontation in Brooklyn seemed to be the biggest exception to a calmer night, hours after the new charges in Minneapolis. 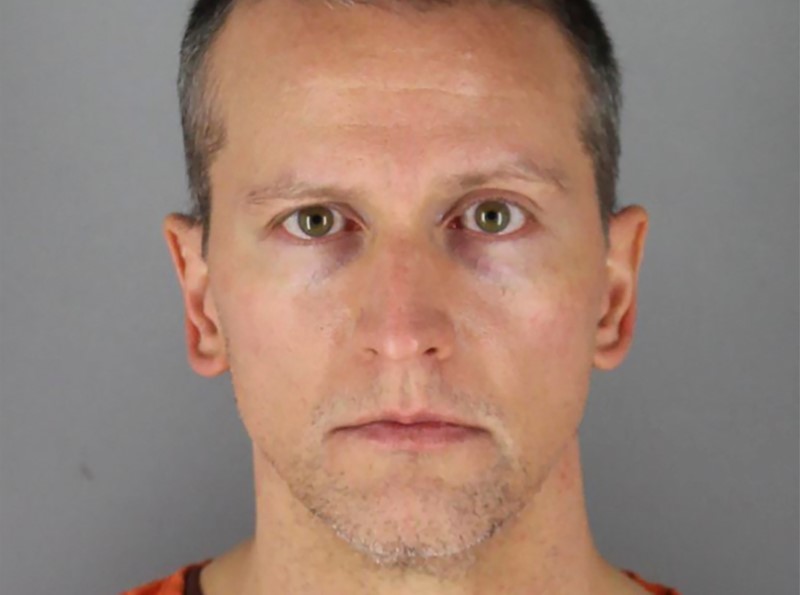 Former Minnesota police officer Derek Chauvin poses for a booking photograph at Hennepin County Jail in Minneapolis, Minnesota, US May 31, 2020. Picture taken May 31, 2020. Photo: via REUTERS

The added charge, defined under Minnesota law as unintentionally causing another person’s death in the commission of a felony offence, can carry a sentence of up to 40 years, 15 years longer than the maximum sentence for third-degree murder.

Floyd, whom police suspected of trying to pass a counterfeit bill to pay for cigarettes, was pronounced dead at a hospital shortly after the May 25 encounter.

Three fellow officers fired from the Minneapolis police department along with Chauvin the next day were charged on Wednesday – each with aiding and abetting both second-degree murder and manslaughter.

Floyd’s death has become the latest flashpoint for long-simmering rage over police brutality against African-Americans, propelling the issue of racial justice to the top of the political agenda five months before the US presidential election on November 3.

The spectacle of city streets flooded with angry though mostly peaceful protesters – punctuated by scenes of arson, looting and clashes with police – have fuelled a sense of crisis.

The upheavals have flared following weeks of social lockdown due to the coronavirus pandemic, which has forced millions of Americans out of work and disproportionately affected minorities.

Minnesota attorney general Keith Ellison, a black former US congressman, has requested bail of $1 million for each of the four former officers charged in the Floyd case.

“This is a significant step forward on the road to justice, and we are gratified that this important action was brought before George Floyd’s body was laid to rest,” Benjamin Crump, attorney for the Floyd family, said in a statement.

Ellison told a news conference winning a conviction “will be hard,” noting that Hennepin County Attorney Mike Freeman, whose office filed the original charges against Chauvin, is the only prosecutor in the state to have successfully convicted a police officer for murder.

Fully investigating the case “is going to take months,” he said.

Protests erupted in Minneapolis the night after Floyd’s death and quickly spread to dozens of cities large and small across the United States.

In many cities, demonstrators defying nighttime curfews have been met by police in riot gear firing tear gas, mace and rubber bullets to disperse unruly crowds. National Guard troops have been activated in several states to assist local law enforcement.

Authorities and some protest organizers have blamed much of the lawlessness on outside agitators and criminal elements.

Protesters hold signs while standing in a pool outside city hall, as they rally against the death in Minneapolis police custody of George Floyd in Houston, Texas, US, June 2, 2020. Photo: Reuters/Callaghan O’Hare

Republican President Donald Trump has said justice must be done in Floyd’s case but also touted a hard line against violent protests, threatening to use the military to restore order.

Defence secretary Mark Esper said he did not back deploying troops to patrol the country.

“The option to use active duty forces in a law enforcement role should only be used as a matter of last resort and only in the most urgent and dire of situations. We are not in one of those situations now,” he told a news briefing.

At the south Minneapolis street corner where Floyd was arrested, a crowd of hundreds stood in a vigil on Wednesday, some with their fists in the air, some weeping.

“These are baby steps,” Kenneth Williams, 54, a black US Navy veteran who lives nearby, said of the newly announced criminal charges in the case. “Somebody should have stepped up and done something at the scene that day.”

“Cops have been getting away with this for years, but now we have cameras,” he added.