"The Chinese took incredibly aggressive actions. The Indians have done their best to respond to that," US Secretary of State Mike Pompeo told reporters. 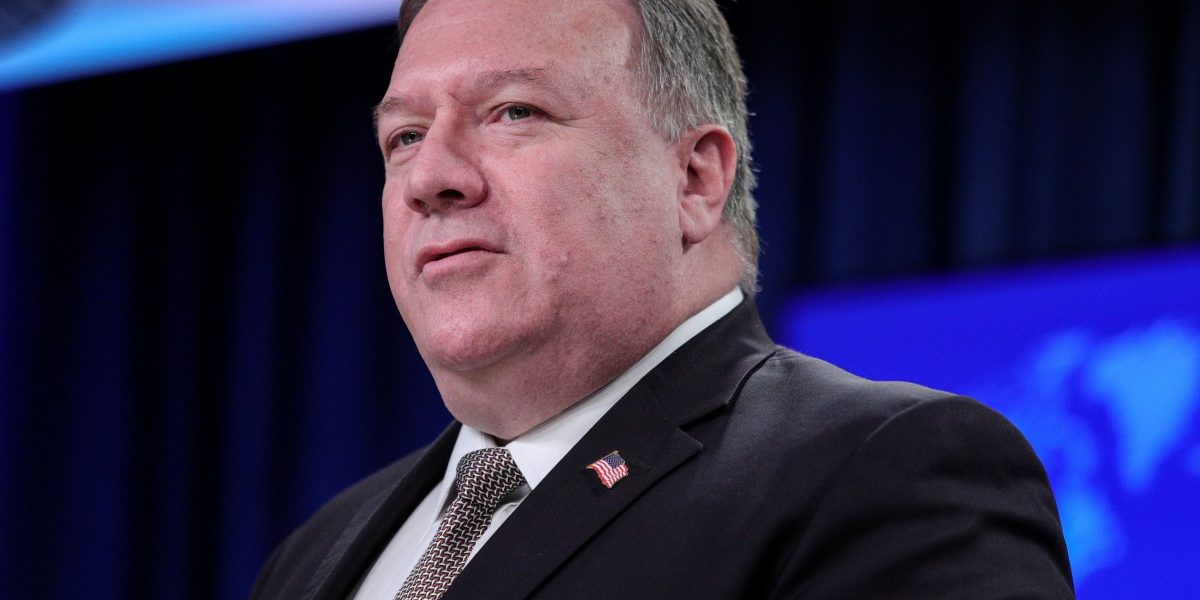 US Secretary of State Mike Pompeo holds a news conference at the State Department in Washington, U.S. on July 8, 2020. Photo:Reuters/Tom Brenner

Washington: US Secretary of State Mike Pompeo said on Wednesday that Indians have done their best to respond to China’s incredibly aggressive actions, asserting that Beijing has a pattern of “instigating” territorial disputes and the world shouldn’t allow this bullying to take place.

“I’ve spoken with foreign minister (Subrahmanyam) Jaishankar a number of times about this. The Chinese took incredibly aggressive actions. The Indians have done their best to respond to that,” Pompeo told reporters at a news conference.

Pompeo was responding to questions about the Chinese intrusion into Indian territories in eastern Ladakh.

The troops of India and China are locked in an eight-week standoff in several areas in eastern Ladakh including Pangong Tso, Galwan Valley and Gogra Hot Spring. The situation deteriorated last month following the Galwan Valley clashes that left 20 Indian Army personnel dead as the two sides significantly bolstered their deployments in most areas along the Line of Actual Control.

“I put this in the context of (Chinese) General Secretary Xi Jinping and his behaviour throughout the region and, indeed, throughout the world,” Pompeo said.

I don’t think it’s possible to look at that particular instance of the Chinese Communist Party (CCP) aggression in isolation. I think you need to put it in the larger context, he said.

The CCP recently filed a boundary dispute with Bhutan at a meeting of the Global Environmental Facility.

From the mountain ranges of the Himalayas and the waters of Vietnam’s exclusive zone to the islands and beyond, Beijing has a pattern of instigating territorial disputes, Pompeo said.

“The world should not allow this bullying to take place. Nor should it permit it to continue,” the top US diplomat asserted.

Reiterating that the CCP has engaged in both maritime and boundary disputes, he said there aren’t many neighbours that can satisfactorily say that they know where their sovereignty ends in that the Chinese Communist Party will respect that sovereignty. That’s certainly true now for the people of Bhutan as well, he said.

“This is what the world must come together to respond to, this increasing revisionist effort that the Chinese Communist Party is engaged in. It’s something that President (Donald) Trump has taken incredibly seriously,” he said.

China is engaged in hotly contested territorial disputes in both the South China Sea and the East China Sea. Beijing has built up and militarised many of the islands and reefs it controls in the region. Both areas are stated to be rich in minerals, oil and other natural resources and are vital to global trade.

China claims almost all of the South China Sea. Vietnam, the Philippines, Malaysia, Brunei and Taiwan have counter claims over the area.

“The United States hadn’t done that in previous administrations. We’ll respond to this in a way that we think is appropriate. We have attempted to communicate to the Chinese leadership that we are serious about this. When I say we, it’s not just the United States. We will start, very shortly, a dialogue with our friends on how we collectively can respond to this challenge from the Chinese Communist Party,” Pompeo said.

On the coronavirus epidemic, he said what’s happened with the spread of this virus from Wuhan, China, the world has seen the true colours of the Chinese Communist Party.

Also read: How Chinese Propaganda Is Reframing the Coronavirus Narrative

I am convinced more than ever that the free peoples of the world will come to understand the threat that’s presented not only internally inside of China but, importantly, the impact that General Secretary Xi has on the world is not good for free peoples and democracy0loving peoples, Pompeo said.

“The world will come together to respond to that in a way that is powerful and important, and will preserve sovereign nations operating under the rule of law in the way that we have all come accustomed to and benefits people all across the world,” he said.

The CCP, he alleged, has an enormous credibility problem. They failed to tell the world the truth about this virus and now hundreds of thousands of people all across the world are dead. We need the truth, we still need the truth, he said.

“We need it to open up, we need to engage in a serious way with scientists around the world. They now say they are going to allow the WHO to come in … We need to make sure the right people are there to engage in this investigation and we need real answers not perfunctory political solutions. This is about science not politics and the Chinese Communist Party needs to come clean with the world about this virus,” he said.

According to the Johns Hopkins University, which has been compiling COVID-19 data from all over the world, the US is the worst affected country from the pandemic, with more than 3 million cases and over 1,31,500 deaths.