In Debates About Migration, We Ignore a Huge Proportion of Highly Skilled Women

Studies reveal that highly skilled women form a major proportion of migrant populations, but more needs to be done to bring them into the limelight. 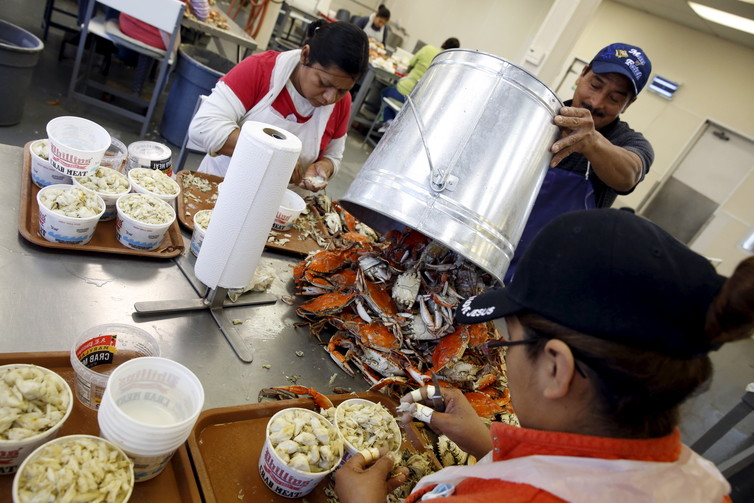 Migration is one of the most important factors shaping the world we live in today. In our increasingly mobile society, anxieties about migrants persist in much of the Global North – one only has to look at Donald Trump’s visa ban for evidence.

Generally, when we think of the people who leave the developing world to set themselves up in the developed, we think of men. But leaving women out of the picture is a mistake, and it could be leading to a gender brain drain for source countries.

The UN Population Division’s statistics show that in 2015, globally, women made up 48% of all international migrants.

Other statistics demonstrate that today women exceed men in international migrant stock in Europe and North America. The number of female migrants surpasses the number of male migrants in 57 destination countries and in emigration from 80 nations.

Historical statistics reveal that women were also an important part of 19th and 20th century mass migrations. In 1870, women already accounted for 46% of the total US immigrant population, and since the early 1960s, they have outnumbered their male counterparts in the US.

Putting women in the picture

Today, scholars have succeeded in bringing women migrants out of the shadows, and placed gender at the centre of the study of transnational migration.

But the picture is still unclear. When they are studied, women migrants are often depicted as the victims of exploitation and human trafficking, or employed in low-wage, low-skilled jobs. This is no doubt part of the story of women’s migration in the 21st century, but making generalisations based on these characteristics perpetuates the stereotype that women migrants are all low-skilled and uneducated.

A recent study found that equal numbers of Chinese and Japanese women and men enter New Zealand under the skilled/business migration category. Women migrants also predominate in flows from the Philippines and Thailand.

On a global scale, a study of 12 OECD countries found that the proportion of female international migrants in highly skilled occupations exceeds 36% in 12 countries. Consistent with this, in 2010, 37% of US foreign-born migrants with science and engineering degrees were female.

Eleonore Kofman and Parvati Raghuram have identified the main factors behind this gender bias in how we think of migrants.

Much of the research on migrant women employed in the domestic or caring spheres have only paid attention to their low-skilled roles. But often these women are highly qualified, despite working in low-skill jobs. The loss of these qualifications for their countries of origin are thus hidden.

Another overlooked factor is that many women emigrate on family reunification visas. Again, in research we only see their visa categories, and ignore the fact that a significant proportion of women who migrate on these visas are highly skilled and well-educated.

Despite numerous cases studies focusing on individual countries or on specific occupations, the lack of large-scale, reliable and comparable data that is broken down by gender has long prevented a comprehensive assessment of high-skilled migrant women. 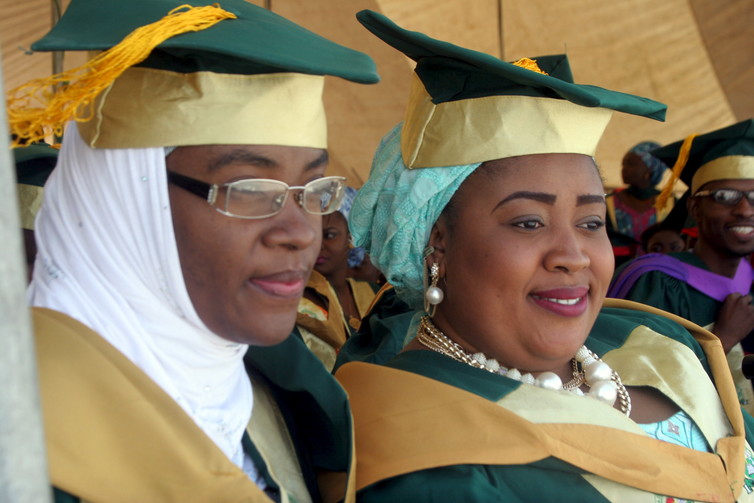 My research shows that half of all international tertiary educated immigrants living in the OECD are women. This proportion is much higher in emigration from developed countries (52%) and the Latin America and Caribbean region (53%).

Even in the regions where women are under-represented, they still account for a sizeable proportion of tertiary-educated migrants. In the Arab states and Africa, 44% of migrants with a degree are women. This share has increased strongly over the past three decades in every region of origin.

Tertiary-educated women are 1.3 times more likely to emigrate from Sub-Saharan Africa than tertiary-educated men. These findings confirm the conclusion reached by an earlier study, based on a different data set.

A study of UK University graduates found that female graduates migrate more than male graduates. Why? The authors argue that one explanation lies in the fact that migration can be used as a partial compensation mechanism for gender discrimination in the labour market. If women are discriminated against in their home country, they will simply take their skills elsewhere.

More recent studies have begun to explore this association between gender discrimination and international migration. One such study found that gender bias in access to economic opportunities has a significant impact on the emigration of highly skilled women relative to that of men.

It seems that the gender biases that have caused us to ignore women migrants for so long are the same biases that often cause them to migrate in the first place.