The recently deposed leader, accused of rigging recent election results, was forced to quit on Sunday. 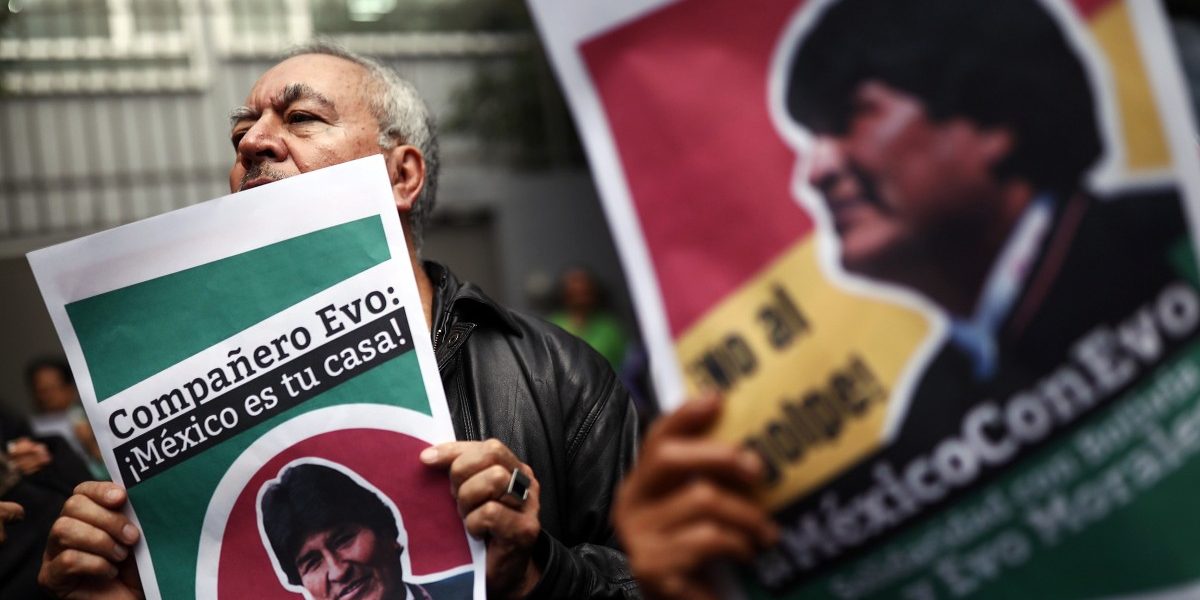 A man holds a sign during a demonstration in support of Bolivian President Evo Morales after he announced his resignation on Sunday, outside the Bolivian Embassy in Mexico City, Mexico, November 11, 2019. The sign reads, "Evo, mate, Mexico is your home". Photo: Reuters/Edgard Garrido

Evo Morales will be granted asylum in Mexico after the former Bolivian president made a request to live in the Central American country, a top official confirmed Monday.

Mexican foreign minister Marcelo Ebrard told reporters:  “Several minutes ago I received a phone call from Evo Morales in which he responded to our offer and verbally and formally requested political asylum in our country.”

“The Mexican foreign ministry, after consulting interior minister Olga Sanchez Cordero, made the decision to grant him asylum… for humanitarian reasons.”

Morales’s “life and physical integrity are at risk in Bolivia,” added Ebrard, confirming Mexico had asked the Bolivian foreign ministry to give guarantees over his safe passage to the Central American country.

“We will immediately proceed to inform Bolivia’s foreign ministry that under international law, it should offer safe conduct,” he said.

Later Monday, Morales confirmed via Twitter that he was en route to Mexico and took solace at being offered asylum. He said: “Sisters and brothers, I leave for Mexico. It hurts to leave the country for political reasons, but I will always be watching. Soon I will return with more strength and energy.”

Morales, who quit his post Sunday following a disputed reelection on October 20 that resulted in civil unrest, was the South American country’s first indigenous president.

“It’s so hard to see Bolivians clashing, no matter which side they’re on,” said opposition lawmaker Jeanine Anez, commenting on the deadly protests. “They are being mistreated, and I’m asking you to cease the violence.” 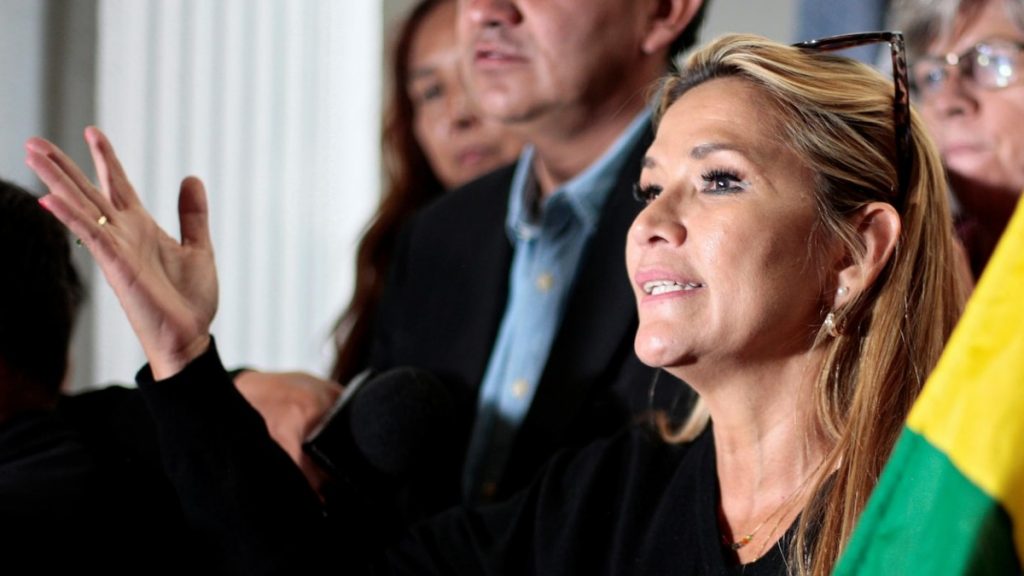 The 52-year-old deputy Senate speaker is constitutionally in line to become interim president until a new leader is elected.

She is likely to be entrusted by Congress with overseeing a new election, as well as a transition to a future government. Politicians are set to convene Tuesday to begin the process.

“Please excuse me if my voice breaks,” Anez said between tears after arriving in Congress under heavy guard. “I hope that we now give some certainty in this country that needs it so much.”

The world has reacted with a variety of perspectives on the developments of the last 24 hours, with the Organization of American States calling an emergency meeting Tuesday afternoon to discuss the situation.

On Twitter, US Democratic presidential candidate Bernie Sanders said he was “very concerned about what appears to be a coup in Bolivia, where the military, after weeks of political unrest, intervened to remove President Evo Morales.”

I am very concerned about what appears to be a coup in Bolivia, where the military, after weeks of political unrest, intervened to remove President Evo Morales. The U.S. must call for an end to violence and support Bolivia’s democratic institutions.

The Trump administration had a different take on proceedings, however. Senior US State Department officials said the situation in Bolivia was not a coup, and President Donald Trump said the events in Bolivia sent a strong signal to other Latin American countries, such as Venezuela and Nicaragua, and “that democracy and the will of the people will always prevail.”

He added: “We are now one step closer to a completely democratic, prosperous, and free Western Hemisphere.”

The European Union is more preoccupied with possible further outbreaks of unrest, particularly as Morales’ supporters took to the streets on Monday, brandishing indigenous flags.

Indeed, the head of Bolivia’s military said that due to reports indicating that police have been stretched beyond their means by weeks of unrest, the armed forces will now provide help in restoring order.

General Williams Kaliman said the joint police-military force will do what it can to “avoid bloodshed” as he called on Bolivians to assist in restoring peace.

The EU’s outgoing foreign affairs chief, Federica Mogherini, said the EU hopes for credible elections to be held in the near future, but stressed the importance of “avoiding any form of violence from any side, and showing a level of statesmanship that is needed in this moment.”

Mogherini added that the bloc was considering whether to send a monitoring team in the event of a fresh vote, and agreed that “if the conditions are right, we will be ready to work on it.”