Louisville Police Officer Who Shot Breonna Taylor to Be Fired: US Media

Police shot and killed Taylor during a botched up raid of her apartment in Louisville, Kentucky, early on March 13. 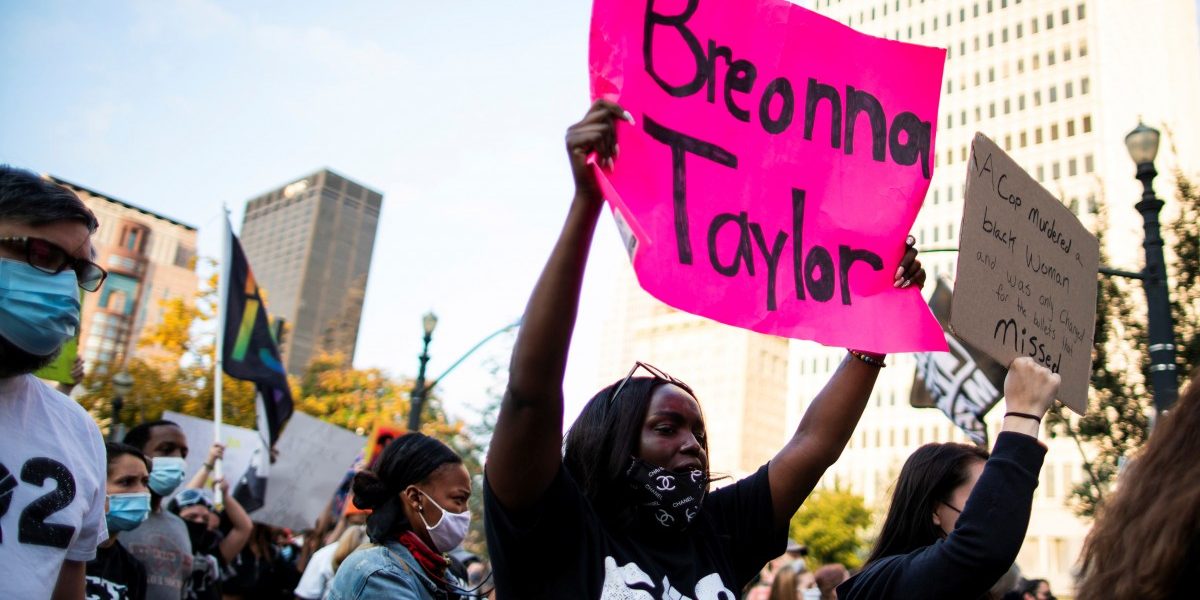 Protesters march during a peaceful protest after a grand jury decided not to bring homicide charges against police officers involved in the fatal shooting of Breonna Taylor, in Louisville, Kentucky September 26, 2020. Photo: Reuters/Eduardo Munoz/Files

The Louisville police officer who fired the shot that killed Breonna Taylor, a Black emergency medical technician, was told on Tuesday that the department was moving to fire him, the US media reported. Police shot and killed Taylor during a botched up raid of her apartment in Louisville, Kentucky, early on March 13.

Taylor’s boyfriend, who was with her when police burst into the home, fired once at what he said he believed were intruders. Three police officers responded with 32 shots, six of which struck Taylor, killing her.

Lawyers for Detective Myles Cosgrove, one of the officers who shot Taylor and Detective Joshua Jaynes, who prepared the search warrant for the raid, said in a statement quoted by The New York Times that each had received notices of termination. Cosgrove and Jaynes have been on administrative reassignment during the investigation, the newspaper reported.

Jaynes’ pre-termination letter, from interim chief Yvette Gentry, accused him of breaching department policies around truthfulness and preparing for a warrant’s execution, according to The Washington Post. “These are extreme violations of our policies, which endangered others,” Gentry wrote in the letter. “Your actions have brought discredit upon yourself and the Department.”

“We intend to show up to the pre-termination hearing on December 31st and we’re going to contest this action, although I’m not optimistic about Interim Chief Gentry changing her decision,” Thomas Clay, Jaynes’ lawyer, said in a statement to local media.

The Louisville Metro Police Department did not comment when contacted by Reuters.

Taylor’s death came back to light over the summer as demonstrations against racism and police brutality spread across the U.S. after the death in May of George Floyd, a Black man who was killed when a Minneapolis police officer knelt on his neck for nearly nine minutes.