Gaddafi was one of 25 candidates the commission disqualified in an initial decision pending an appeals process that will ultimately be decided by the judiciary. Some 98 Libyans registered as candidates. 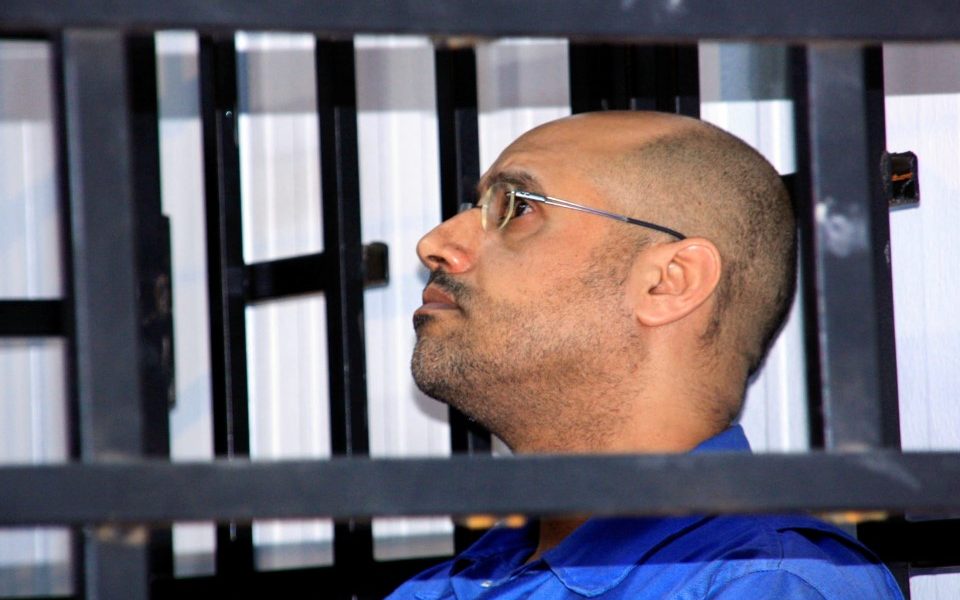 Saif al-Islam Gaddafi, son of late Libyan leader Muammar Gaddafi, attends a hearing behind bars in a courtroom in Zintan May 25, 2014. REUTERS/Stringer

Tripoli: Libya’s election commission said on Wednesday that Saif al-Islam Gaddafi, the son of the former ruler and a major candidate in December’s planned presidential election, was ineligible to run, compounding the turmoil surrounding the vote.

Gaddafi was one of 25 candidates the commission disqualified in an initial decision pending an appeals process that will ultimately be decided by the judiciary. Some 98 Libyans registered as candidates.

Disputes over the election rules, including the legal basis of the vote and who should be eligible to stand, threaten to derail an internationally backed peace process aimed at ending a decade of violent factional chaos.

Also read: Fifty Years After the Revolution, Libya is in a Labyrinth

The commission said Gaddafi was ineligible because he had been convicted of a crime. A Tripoli court sentenced him to death in absentia in 2015 for war crimes committed during the uprising against his late father Muammar Gaddafi in 2011.

He appeared in that trial by videolink from the town of Zintan, where he was being held by fighters who captured him as he tried to escape Libya after his father’s overthrow. He has denied  wrongdoing.

Some of the candidates approved by the commission, including likely frontrunners, have also been accused of possible violations by political rivals.

Interim Prime Minister Abdulhamid al-Dbeibah vowed not to run for president as a condition of taking on his present role, and did not stand down from it three months before the vote as is required by a contested election law.

Another prominent candidate, eastern commander Khalifa Haftar, is said to have US nationality, which could also rule him out. Many people in western Libya also accuse him of war crimes committed during his 2019-20 assault on Tripoli.

Haftar denies war crimes and says he is not a US citizen. Dbeibah has described as “flawed” the election rules issued in September by the parliament Speaker Aguila Saleh, who is also a candidate.

UN Libya envoy Jan Kubis, who is stepping down from his post, told the UN Security Council on Wednesday that Libya’s judiciary would make the final decision on the rules and on whether candidates were eligible.