Under the current law, an unborn child has the same right to life as the mother, with the maximum penalty for accessing an illegal abortion fixed at 14 years in prison. 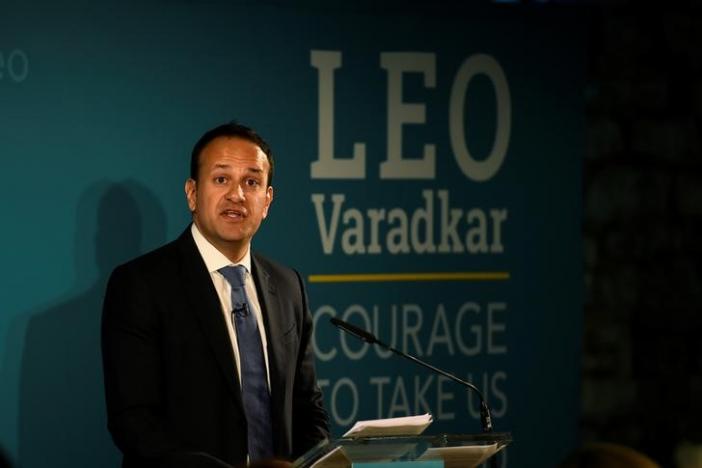 London: Ireland’s Indian-origin Prime Minister Leo Varadkar, on May 24, made a last-ditch effort in his campaign to lift a ban on abortions, as the country gets set to vote in a referendum on the crucial issue on May 25.

In what is seen as the first major test of his leadership since he took charge as ‘Taoiseach’ a year ago, Varadkar has been urging voters to ensure a high turnout in the referendum on repealing the Eighth Amendment of the Irish Constitution which severely restricts access to abortions.

The case of Savita Halappanavar, a 31-year-old Indian dentist who died of blood poisoning at Galway University Hospital in Ireland in October 2012 after she was denied a life-saving abortion, is among the cases being highlighted by campaigners in favour of a “yes” vote.

“I do hope we will see more people taking part in this referendum, an exercise in democracy,” Varadkar said.

“Ultimately laws are just written in black and white, they are text in a piece of law but what has to be behind those laws is individuals, people’s families and how those laws have affected them in the process,” the leader of the liberal-conservative Fine Gail party said.

While the two main parties of Ireland, Fine Gael and Fianna Fail, are not taking official positions on the referendum, politicians are permitted to campaign on a personal basis.

If Ireland votes “yes”, the government intends to allow terminations within the first 12 weeks, subject to medical advice and a cooling-off period, and between 12 and 24 weeks in a restricted fashion.

Halappanavar’s father Andanappa Yalagi said, “I hope the people of Ireland remember my daughter Savita on the day of the referendum, and that what happened to her won’t happen to any other family.”

“I think about her every day. She didn’t get the medical treatment she needed because of the eighth amendment. They must change the law,” he told The Guardian by phone from his home in Karnataka.

Tomorrow, Irish voters will decide whether to change the constitutional amendment that enshrines the equal right to life of the mother and her unborn child. That has resulted in many women being forced to travel abroad on a daily basis, mainly to neighbouring Britain, for terminations.

Meanwhile, a campaign on social media with a hashtag #hometovote has been mobilised by “yes” supporters, who want to get as many Irish voters as possible casting their vote.

There has been a big surge in voter registration ahead of the referendum and according to the latest polls, 56% of the country will vote to repeal the eighth amendment, while 27% oppose reform and around one in seven are undecided.

If people vote to repeal, the Irish government is proposing that women could access termination within the first 12 weeks of pregnancy. After that, abortions will only be allowed until the 24th week of pregnancy if there is a risk to a woman’s life, or a risk of serious harm to the physical or mental health of a woman.

Terminations would also be permitted in cases of fatal foetal abnormality.

Under the current law, an unborn child has the same right to life as the mother, with the maximum penalty for accessing an illegal abortion fixed at 14 years in prison.

Abortion was already illegal in Ireland, a predominantly Catholic nation, under the Offences against the Person Act of 1861. In 1983, pro-life activists who feared that this could be changed lobbied the government for a referendum to further strengthen the rights of the unborn, which was passed with 66.9% voting ‘Yes’ and 33.1% voting ‘No’.

The campaign to repeal the Eighth Amendment, which effectively has its roots as far back as 1983, has picked up speed in recent years, especially after the success of the same sex marriage referendum in the country in 2015.

If Ireland votes ‘Yes’ to repeal the Eighth Amendment, the existing article of the Constitution which was inserted in 1983, and the 1992 additions, will be replaced with this text: “Provision may be made by law for the regulation of termination of pregnancy.”

The Catholic church has strongly opposed repealing the amendment and Irish bishops warned in a joint statement: “We believe that the deletion or amendment of this article can have no other effect than to expose unborn children to greater risk and that it would not bring about any benefit for the life or health of women in Ireland.”

Campaign group Save The 8th claims that politicians are “effectively seeking a licence to kill pre-born babies, and to introduce an abortion model that is in many ways even more extreme than the British regime”.

But the repeal campaign says the amendment puts lives at risk, also due to unregulated use of illegal abortion pills, often imported after being bought online, presents unacceptable dangers to women when taken without medical supervision.