The ruling alliance in Kosovo has lost the election, but the winner remains unclear. Incomplete results show leftist-nationalist Vetevendosje (Self-Determination) just ahead the Democratic League of Kosovo (LDK). 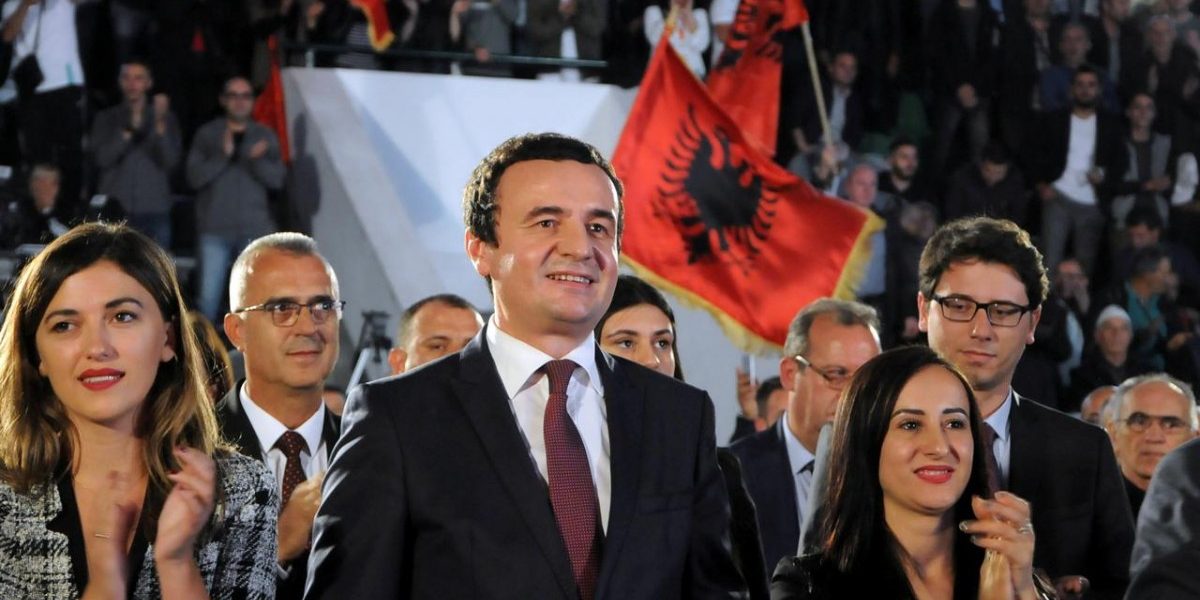 Vetevendosje (Self-Determination) snatched 26% of the vote at the Sunday’s parliamentary election, in Kosovo, barely edging out another opposition party, the LDK, which claimed around 25% according to an early count.

The results are based on more than 76% of ballots cast, the country’s electoral officials said.

The two opposition parties are followed by the PDK (Democratic Party of Kosovo) which is part of the ruling coalition and associated with President Hashim Thaci. The PDK won some 21% of the votes. 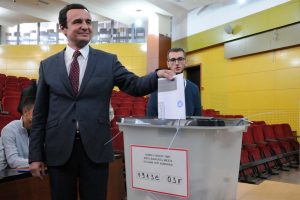 Guerilla leaders on their way out

Only the top-ranking party can be entrusted with forming the government, according to a decision by the country’s Constitutional Court. Therefore, the minimum difference between the centre-left Vetevendosje and centre-right LDK is crucial for the future cabinet.

With results giving Vetevendosje the advantage, party leader Albin Kurti said he would attempt to form a coalition with the runner-up party.

“Tonight I will not knock on the LDK door but I will do the first thing tomorrow,” Kurti told T7 television late on Sunday. “We don’t have time to lose.”

In turn, LDK leader Vjosa Osmani noted that Vetevendosje’s lead over her party is still narrow and that the winner can only be declared once all the ballots are counted.

If the LDK manages to close the gap and be declared the winner, the 37-year-old university law professor Osmani, might end up as the country’s first-ever female prime minister.

Regardless of the outcome, however, the Sunday polls would be the first to oust the former guerilla commanders who dominated the scene for two decades. Both President Thaci and the outgoing Prime Minister Haradinaj fought against Serbian forces in Kosovo’s 1999 independence war.

Initially, Thaci’s PDK party claimed to be in the lead according to its own results, but later admitted defeat.

“We worked hard to win this election, but we failed,” said PDK leader Kadri Veseli.

“The people have spoken,” he added. 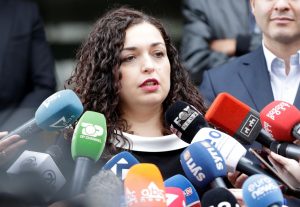 Vjosa Osmani, leader of the Democratic League of Kosovo (LDK), talks to the media after casting her vote at a polling station in Pristina, Kosovo, October 6. 2019, Photo: Reuters/Florion Goga

Voters went to the polls on Sunday amid calls for the Balkan country’s politicians to resume dialogue with Serbia aimed at normalising ties.

Haradinaj’s government re-inflamed tensions with Belgrade by introducing 100% tariffs on imports from Serbia last year. The move comes as apparent retaliation to Serbia’s diplomatic campaign to keep Kosovo out of key international institutions. The Kosovo prime minister stuck with the move despite pressure from Kosovo’s main ally, the US, and criticism from the EU.

With the exception of Haradinaj, however, other key parties signalled they were ready to consider dropping the increase.

The snap vote came after  Haradinaj resigned in July following a request from a Hague-based international tribunal to question him over crimes against ethnic Serbs during and after the war.

One hundred of the 120 seats in parliament were up for grabs with about 1.9 million people eligible to vote. The remaining 20 parliamentary seats are reserved for ethnic communities, including the restive Kosovo Serbs, who have half of those seats. Virtually all of the Serb seats are expected to be claimed by the Belgrade-backed Serb List party.

Experts said the election is unlikely to produce a stable government, as no single political party is likely to win the vote on its own. It could take days, if not weeks, to forge a coalition.