Why Indian-Americans Across Generations Are Drawn to Kamala Harris

First and second generation Indian-Americans disagree on a lot – but they largely agree on their appreciation for the Democrat vice-presidential candidate. 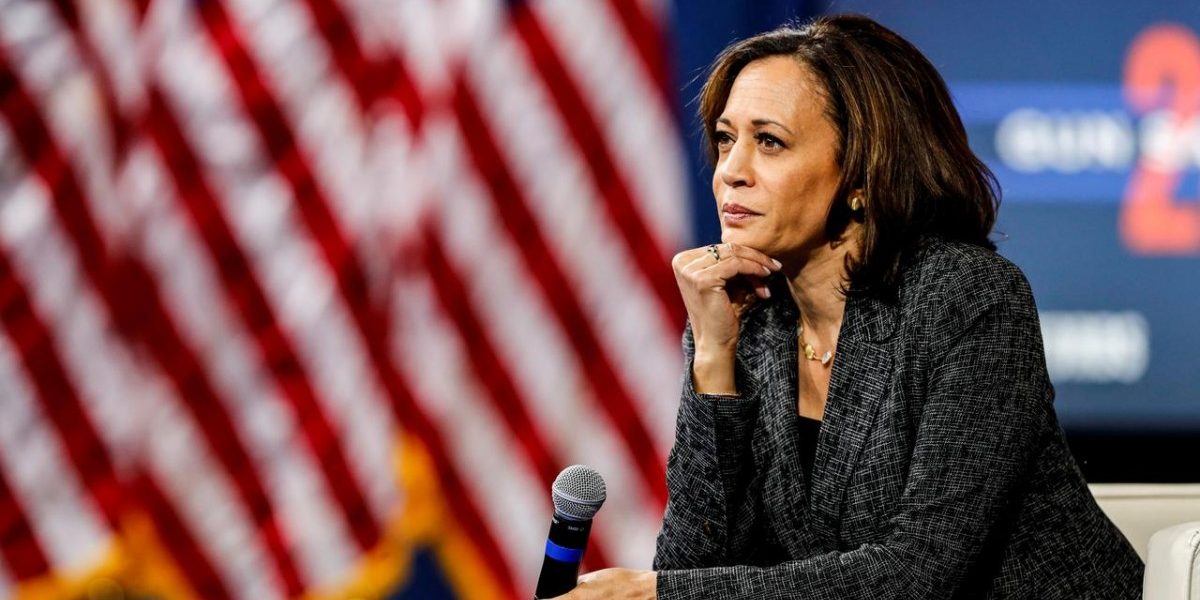 Senator Kamala Harris, then a US Democratic presidential candidate, listens to a question from the audience during a forum held by gun safety organisations the Giffords group and March For Our Lives in Las Vegas, Nevada, US October 2, 2019. Photo: Reuters/Steve Marcus/File Photo

Among the four-million-strong Indian American diaspora, Joe Biden’s choice of Kamala Harris as running-mate has generated much excitement, across generations. Harris is a historic first, a biracial woman nominee who is African-American and Indian-American.

Harris’s affirmations of her Indian heritage, laced with references to fond memories of walks with her Indian grandfather in Chennai, have won their hearts, although this community has traditionally displayed low levels of political mobilisation compared to say, Hispanics. As many as 22.8 million viewers tuned into their TVs to watch Harris’s nomination acceptance speech at the Democratic National Convention in August. The vice-presidential debate on October 7 may well attract even higher numbers.

I have tracked and written about the political engagement of Indian-Americans since 2009, while teaching at Georgetown and American Universities, Washington DC. As a diplomatic spouse, my exposure was further deepened by numerous diaspora events I attended across the US.

Harris appeals to both generations of Indian-Americans – the parent-generation, most of whom migrated to the US as adults (from the late 1960s), and also the US-born generation of ‘desis’ (as many colloquially refer to themselves). This convergence of popularity is unusual. Inter-generational divergence in perspectives and world views among diaspora communities is generally a given, and Indian-Americans are no exception. The two generations have typically engaged in rather divergent forms of diaspora activism.

Also read: Kamala Harris Has a Lot Going for Her but Her Old Positions Come Under the Scanner

After early struggles to build economic security, the parent-generation, mostly professionals in science, tech, academia or business, founded Indian cultural organisations, did fundraising to build temples, gurudwaras and community-centres, which became larger and more lavish as the community prospered to become among the highest educated, with the highest median income and ‘the fastest growing immigrant community in the US’. Although professional networks of IIT alumni or physicians were active, many Indian cultural organisations took on more provincial identities reflecting narrow, regional, linguistic or caste loyalties. Fundraising galas and award-giving events did model prevalent organisational patterns in the US, but the causes typically revolved around community betterment or some Motherland-related philanthropy, rarely US-based charities. As Ramesh Patel, a hotelier, said, “Politics was too far from us. And, too messy. We were small numbers. Who would care about us as voters?” Neelam Rao, a physician, said, “Even after I got my US citizenship, I didn’t feel inspired to vote.”

The children, meanwhile, were navigating classic dilemmas faced by immigrant children. As Tejaswi, my student at Georgetown University, said, “At school, we were trying to fit as ‘Americans’, challenged by our skin colour, religion and last names like Krishnamurthy, Malhotra and Srinivasan. On weekends, we were Indian, accompanying parents to potluck dinners with other desi families or the temple or gurudwara. Parental pressures to achieve were high; so were efforts to keep our Indian-ness.” For these children, their hybrid identity was an issue to wrestle with.

So how does Harris appeal to both segments?

To the first generation of diaspora Indians, whose success stories have been anchored in science, academia, finance and tech, when Harris pays glowing tributes to the parenting of her Indian mother who was a scientist, in one stroke she validates millions of Indian parents and the ‘family values’ that Indian diasporas widely claim as their cultural strength. More importantly, perhaps seeing Harris speak from the podium of a high political office mitigates the fact that their successes in business, finance and tech have not been matched by political influence in national politics.

To the US-born desis, on the other hand, Harris is the immigrant child who would have navigated the same world they did. Identity matters to this generation. In fact, many speak disapprovingly of the fact that the first two Indian-American governors, Bobby Jindal (Louisiana) and Nikki Haley (South Carolina), disavowed their Indian names and glossed over their Indian heritage.

Well, Kamala Devi Harris does not!

References to her Chennai-based grandfather resonate deeply with many second-generation desis who recall childhood family holidays in Andhra Pradesh, Gujarat, Tamil Nadu or wherever the parents called ‘family home’. Although Shyamala Gopalan chose to raise “two Black daughters”, Kamala’s celebration of her biracial identity symbolises an inclusiveness which is appealing. In Harris, second-generation Indian-Americans politicos see the daughter of a scientist who came pursuing her American Dream. For a young desi with an ethnic name like Pooja, Rahul, Nandini or Vikram, Kamala Devi Harris represents the politics of the possible, the aspiration to say in Obama’s own words: ‘Yes, We can!”