The message to Assange and Wikileaks is clear: blow the whistle on anyone else, but not on the global powers that be. 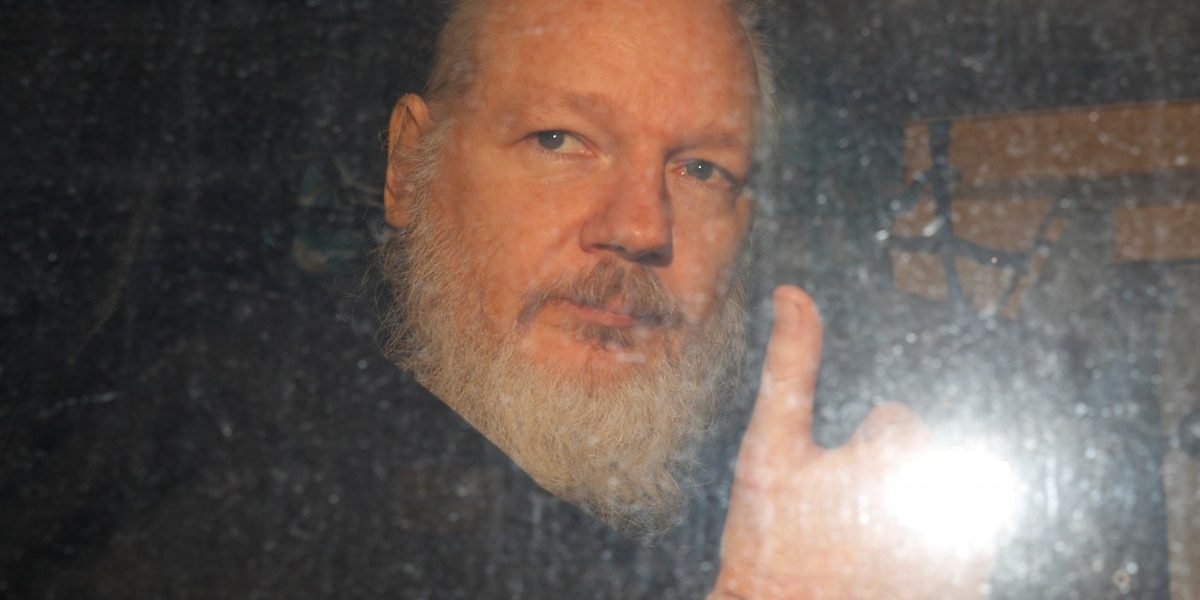 The full fury of the American power elite – with regard to the exposure by classic investigative journalism seeking to hold accountable imperial power – is now being felt by Wikileaks co-founder Julian Assange, who was handed over to British police by the Ecuador embassy in London.

This not only heightens the war on independent checks on imperial power – including America’s war crimes in Iraq and Afghanistan, its violation of international law while spying on allies and foes alike, supporting Saudi Arabia and other Gulf state sponsors of political Islamist terror groups. It also intensifies censorship, in general, against anti-imperial, anti-war, socialist and progressive voices. It signals a full drive towards authoritarianism that violates the basic tenets of democracy, freedom of expression, and the rule of law.

Ben Wizner, of the American Civil Liberties Union, warned that:

“Any prosecution by the US of Mr Assange for WikiLeaks’ publishing operations would be unprecedented and unconstitutional, and would open the door to criminal investigations of other news organisations. Moreover, prosecuting a foreign publisher for violating US secrecy laws would set an especially dangerous precedent for US journalists, who routinely violate foreign secrecy laws to deliver information vital to the public’s interest.”

The extra-territorial application of US laws to foreign citizens not residing in the US is the height of imperial arrogance.

President Trump hypocritically declared parts of the corporate media, with which he has a mutually-beneficial relationship, enemies of the people. Fox News, virtually a state-sponsored private media corporation, is so close is it to the Trump White House, its essentially Trump’s Ministry of Propaganda.

Trump has declared socialism to be the enemy of the US, along with immigrants and refugees. The targeting and stigmatising of sections of the people is a key strategy of the representatives of the corporate rich when their political system is at so low an ebb, with so deep a legitimacy crisis, that they have no positive solutions, only mass repression.

Also Read: The Importance of Being a Conscientious Objector Within Systems of Power

Try as he might to build a mass movement of the most backward elements of American society, Trump’s core support is derived from the corporate class, corporate media, and the coercive police and military forces that he has empowered and emboldened since his election in 2016.

WikiLeaks founder Julian Assange is seen on the balcony of the Ecuadorian Embassy in London, Britain, May 19, 2017. Credit: Reuters/Peter Nicholls

Suppressing dissent is core to his programme and he is fully backed, in that respect, by the Democratic leadership which has led the charge, based on spurious claims of Russian interference, Chinese ‘sharp power’, via social media in US elections and politics. In that charge, hundreds of Facebook and Twitter accounts have been shut down, principally belonging to socialist, progressive, anti-war and anti-imperial organisations and individuals.

Given the above, it was only a matter of time that US pressure would lead Ecuador – a state in economic and political crisis and in need of American aid and debt relief – to buckle and hand over Assange to the British authorities who are eager to extradite him to the US to be prosecuted under various laws, including the 1917 Espionage Act. The Espionage Act was passed to crush dissent against American participation in World War I and against corporate exploitation.

President Barack Obama used the Espionage Act six times during his presidency, twice as many times as it had been used by all the previous presidents, to crush dissent and especially to deter and punish whistle-blowers who exposed US imperial crimes, like waterboarding inmates at the Guantanamo Bay detention facility. Numerous public servants’ lives were destroyed and careers ruined by the ‘liberal’ Obama administration.

Also Read: The War against Julian Assange Must End

President Trump has intensified the process of mass repression and suppression of dissent, against the Left and progressives, that Obama enforced after the financial crisis of 2008 and in the wake of mass opposition to corporate bailouts and the rise of the ‘Occupy Wall Street’ protests.

The fury of the US establishment has never abated since Wikileaks published, via several media outlets like the New York Times and the Guardian, hundreds of thousands of State Department cables and Afghanistan war logs, including a video – Collateral Murder – graphically showing the killing of 12 innocent civilians and journalists in Iraq by US helicopter gunships. 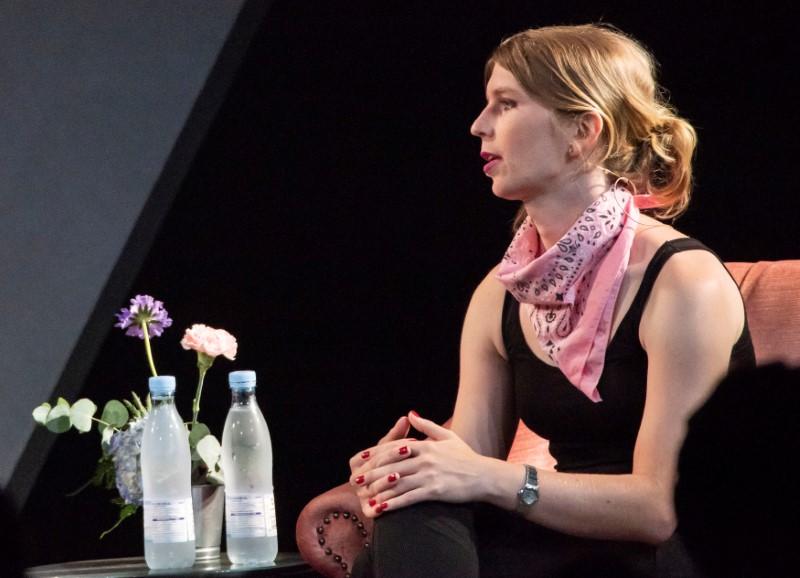 Whistleblower Chelsea Manning talks during the Roskilde Festival 2018 at the Gloria Stage about activism in Roskilde, Denmark, July 5, 2018. Ritzau Scanpix/Torben Christensen via REUTERS

Chelsea Manning, who had leaked the State Department cables to Wikileaks, was imprisoned and tortured in a US Marines prison, according to the UN Rapporteur on Torture, and is now in prison again for refusing to lie in court that he conspired with Assange.

A sealed grand jury indictment has been active for several years, initially denied by the US authorities, but now openly declared as the US is pressing for Assange’s extradition. The Guardian, Britain’s self-appointed defender of the liberal conscience, which benefitted from its collaboration with Wikileaks, has hardly lifted a finger to campaign to end Assange’s persecution.

Indeed, for years The Guardian denied there was any wish on the part of the US to extradite Assange. Had they bothered to conduct some of their own investigative journalism, they would have seen so clearly that, this was the case and that the Swedish state’s case against Assange was riddled with flaws.

Given Sweden’s close relations with the US, despite its image as a pacifist, and the violations of Swedish legal and police procedures in pursuing cases of sexual assault against Julian Assange, there was always sufficient cause to worry that the Swedes would quite easily be persuaded to extradite him for prosecution in the US with the possibility of Assange being tried for a capital offence.

Sweden contributes military forces under US-NATO control in Afghanistan; it contributed military assistance during the Libyan intervention which has made it a failed state; Swedish ministers report regularly on military and intelligence matters to the US embassy; its Afghanistan-based aid agencies supply intelligence to the US on a regular basis.

It collaborated with the US on extraordinary rendition programmes by the CIA of people who had applied for asylum to Sweden. Assange’s Wikileaks  website exposed a whole range of US-Swedish cooperation deals that did not reflect well on Sweden’s global image as “a good state”.

The violations of police and judicial procedures during the early part of the investigation of Assange’s alleged sexual assault and rape of two Swedish women – which he denies – had an essential political context that was missing in most mainstream analyses of the matter.

Some issues that are pertinent – based on the legal opinion of Sven-Erik Alhem, former Stockholm District Prosecutor, who now lectures at Lund University, among other roles, as submitted to the Stockholm Court are indicated below.

Together, they cast doubt on the nature of the investigation of rape allegations against Assange and, according to Alhem, made a fair trial in Sweden unlikely:

1. The police interviewed both female complainants together rather than separately which, according to Alhelm, was “a mistake” that “contaminated the evidence” which was “not professional”.

2. The prosecution informed the media of Assange’s identity during the investigation phase against normal procedure; rape trials are normally held in secret and the identity of suspects is maintained until after successful prosecution.

“Such confirmation of the identity of a suspect to the media is, in my view, completely against proper procedure and in violation of the Swedish law and rules regarding preliminary investigations.”

Alhelm also noted in his expert witness statement that the prosecutor should not have done this although there is no remedy against this in Swedish law. Hence, the word spread to the world’s media that Assange was a rape suspect, despite the early stage of the preliminary investigation.

3. Despite Assange making himself available for interview by police while still in Sweden, the prosecutor chose not to do so, even though one of the alleged rape victims was re-interviewed while Assange was in the country. Failing to obtain the alleged suspect’s side of events, at an early stage of the preliminary investigation, prevented the full picture of events from emerging, from all sides.

4. Assange could still have been interviewed in London, including at the Ecuadorian embassy, and had indicated his willingness to be interrogated by Swedish police, but to no avail.

5. Alhelm argues that issuance of European Arrest Warrant is “against the principle of proportionality”.

6. The-then Stockholm Prosecutor, Marianne Ny, could have sought British permission to interview Assange in London but claimed it was against Swedish law – a claim Alhelm denies has any grounds under Swedish law.

It is difficult to understand why Assange was not interviewed by Ny in Sweden when he was there and offered to be interrogated, or in London thereafter. To ask for extradition of an individual who was not interrogated when available and had yet to be charged with an offence was wholly disproportionate.

Also Read: Newspaper Editorials Across US Rebuke Trump for Attacks on Media

At the very least, there are grounds for Assange to credibly claim that he is unlikley to be dealt with fairly in Sweden and, at worst, to be handed over to the US for prosecution for the most heinous of crimes – leaking official information on how American power really works.

In that context, the-then UK Foreign Secretary, William Hague’s, thinly veiled threat to send in police to arrest Assange from within the Ecuadorian embassy, were reminiscent of the sort of gunboat diplomacy British imperial rule was built upon, with scant regard for international law.

It demonstrates that Hague – in citing a 1987 UK law passed after the shooting from the Libyan embassy of a policewoman – considered Assange to be a terrorist, just as much as many leading American politicians did and do, for leaking to the world’s publics information vital to understanding the nature of US power.

Indeed, the secret US embassy cables showed, among other things, that Hillary Clinton, Obama’s secretary of state, ordered the CIA to violate the Vienna Convention to gain information on UN diplomats and representatives.

But the rule of law is hardly a principle when it comes to imperial interests and protecting the ‘special relationship’. As former British diplomat Craig Murray argued after Assange’s summary hearing a few hours after his arrest by London police:

“What we have seen today is extraordinary. It’s amazing that you can be dragged out of somewhere by armed police and within three hours brought up before a judge and found guilty of a crime involving a serious jail sentence. There was no jury and no chance to mount a proper defence or have a proper hearing.”

“The whole Sweden case has been a charade. It has always been about whether a journalist should be punished for publishing leaked documents showing a government offending against international law.

“I am hoping, maybe a long-shot, that the media pundits of a liberal disposition will realise that this is a fundamental threat to press freedom. If anyone who publishes a US leaked document wherever they are in the world can be dragged to the US and imprisoned, then the American government is going to have impunity for its crimes for ever more. All journalists must decide where they stand on this fundamental test of media freedom.”

Blow the whistle on anyone else, but not on the global powers that be – that’s the message of the case against Julian Assange and the Wikileaks organisation. In pursuing Assange the way they have, the Swedish and British authorities have demonstrated their slavish compliance with US power.

Inderjeet Parmar is professor in international politics at City, University of London. His Twitter handle is @USEmpire