Joe Biden: A Life and Career Made for This Moment in America

Biden’s approach seems clear. Restore decency and a measure of civility in public discourse – and bet on expertise in government and collegiality in Washington to effect change in America. 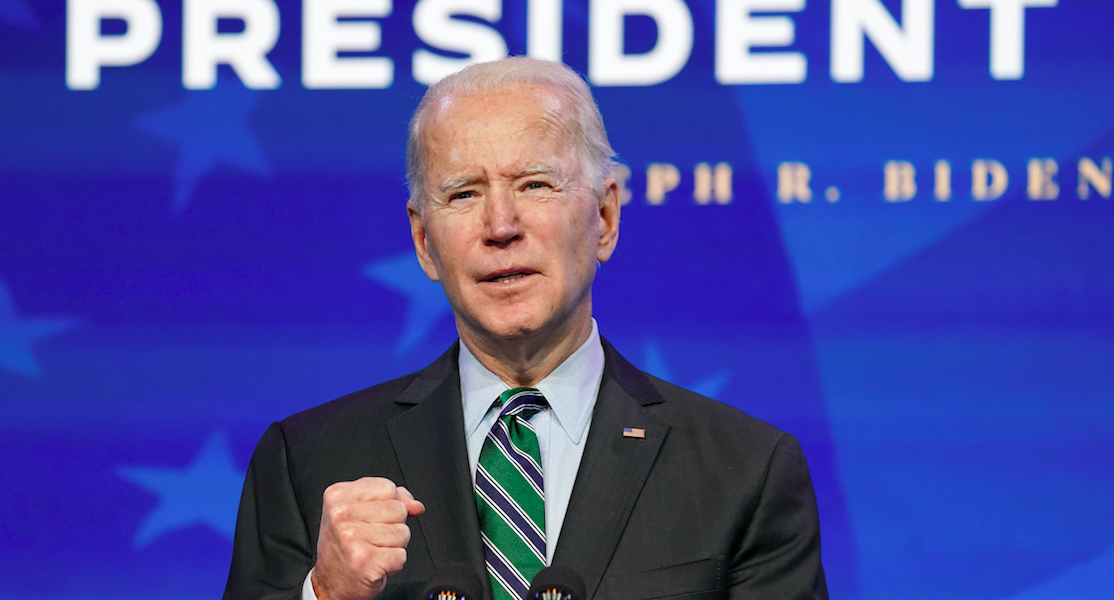 Joe Biden has had the most unlikely journey to the presidency of the United States, compared to some of his predecessors.

Bill Clinton owed his election to his youth and deft policy talk in contrast to his wooden opponent, the senior George Bush. The latter’s son, George W. Bush, made it eventually owing to a controversial court verdict while Barack Obama charmed America with his elevated rhetoric and a great personal story.

Biden, as is well-known, was written off at various points and didn’t at all impress in Democratic debates last year. He was out of place among opponents like Elizabeth Warren and Bernie Sanders, he blanked occasionally in live combat, misread his teleprompter and was stunned that Kamala Harris would attack him about his past opposition to busing and the way he represented his work with segregationist senators. But then thanks to the fatigue with Donald Trump and the crucial support of Representative Jim Clyburn, Biden won South Carolina and thereon triumphed on Super Tuesday, securing the nomination and, subsequently, the presidency. 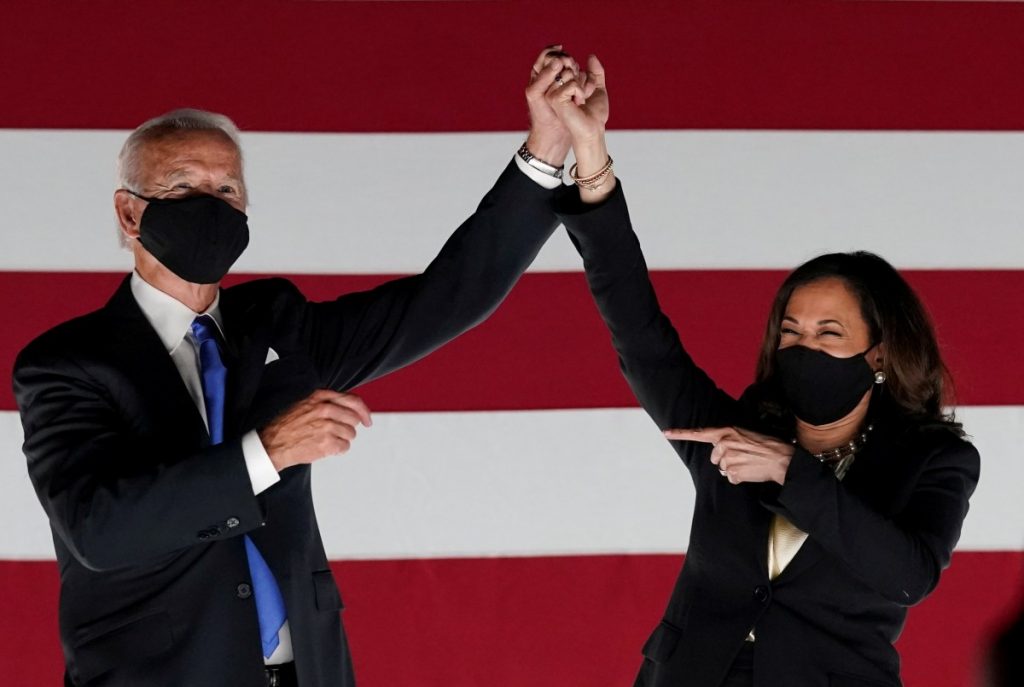 There is still a measure of skepticism about him, many feel that his best days are behind him, that he’s a one-term president at best, keeping the seat warm for Harris, and that he does not have the energy or the ideological deftness to take on the technocratic and political challenges of dealing with a polarised America. People know he has the experience in government but are not necessarily well-versed with the specifics of his journey and what animates him.

Evan Osnos’s short biography Joe Biden: American Dreamer, drawing on conversations with the President, his colleagues and adversaries, is an impressive reintroduction to a man the world has been prone to forget or underestimate.

Osnos’s book elegantly conveys that Biden brings with him a combination of emotional complexity, depth and professional experience to the White House that is rare among its incumbents in recent decades. Biden struggled with a stutter in childhood but went on to express an ambition of becoming President as a young man.

He became a Senator at 29 but lost his first wife and daughter in a car crash when they stepped out to buy a Christmas tree. Biden grieved deeply but held on for the sake of his surviving two boys; he married Jill Jacobs years later. “Jill came along and saved our lives, no man deserves one great love, let alone two,” he was to say, but tragedy has continued to beset him – he lost his beloved son, Beau, to brain cancer in 2015 while his second son, Hunter, battled addictions. 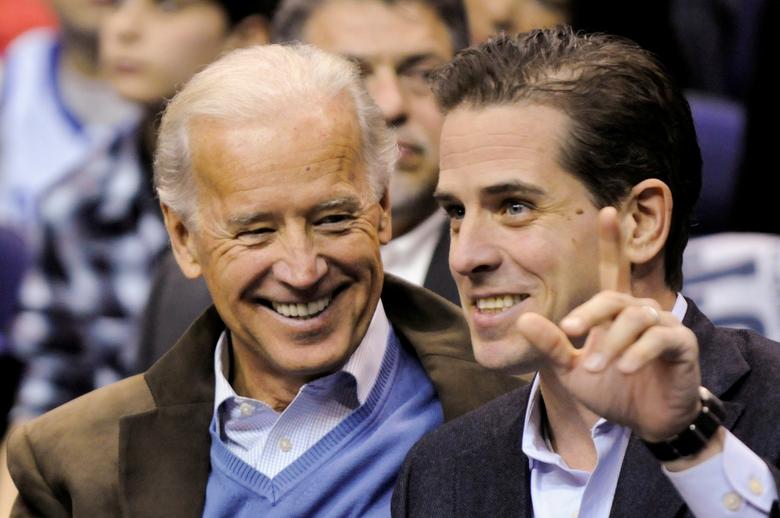 Joe Biden and his son Hunter in 2010. Photo: Reuters

Biden lived with the insecurity of not having gone to an Ivy League university, yet developed a reputation for being a “pompous blowhard” who ran for President in 1987 and flopped badly. Through all this Biden never stopped being a “tactile” politician with an untiring capacity for connecting with the public through one-on-one exchanges if not through rousing stump rhetoric – Osnos writes that his “insecurities fed a certain openness and vulnerability.” He clocked in huge experience in Washington as a Senator, making deals, finessing legislation and built links with world leaders as chairman of the Senate Foreign Relations Committee.

Biden made many mistakes over a long career. He was happy to be known as a conservative within the Democratic Party, he notoriously did not allow other women to testify and back Anita Hill’s allegations in the Clarence Thomas nomination hearings for the Supreme Court.

His record on civil rights was patchy and he drafted the 1994 crime bill that “contributed to the problems of mass incarceration,” which in practice disproportionately affected Black communities.

One trait of Biden that’s enabled him to survive ideological shifts has been his constant self-improving mode and willingness to own up to mistakes, even if they were sometimes well after the fact. Among the striking vignettes in his book, Osnos cites the letter Biden wrote to Hannah Arendt requesting a copy of a paper she read at a conference, which he had read about in a newspaper. More recently, Biden read How Democracies Die and is thus evidently alert to the dangers that Trump and other authoritarian leaders pose to the world. He regretted positions he has taken, such as not doing more for civil rights and supporting the 2003 Iraq war. And people have warmed to him for that reason.

After a TV debate he called out to apologise to Senator Cory Booker for referring to Black men as “boys.” Booker told Osnos, “He was willing to show me a great degree of vulnerability and to put his imperfections on the table. I’ve been in politics a long time – I know when I’m being worked over. I’ve watched him change and be willing to wrestle with this.” Senator Amy Klobuchar recalls the compliment he paid for a speech “during her first nervous year in the Senate” and the call he made to one of her friends for a family bereavement. “There are a lot of people that have a lot of love for Joe Biden and know him well,” she says.

The TV host and comedian Stephen Colbert relates his experience of speaking with Biden about grief, over the loss of his own father and brothers at a young age, which prompted Biden to speak about his. “I think there is some sense that grief is contagious”, Colbert told Osnos. “Joe Biden does not have that. He expresses the loneliness of grief and makes you feel less alone.” Biden is a great admirer of Obama and the latter has arguably had a deep impact on his evolution as a politician. What began as a pragmatic choice – with Obama picking him as vice president owing to his foreign policy experience and Congressional connections – blossomed into a genuine friendship (Obama was to declare all Obamas as “honorary Bidens.”) Biden was fiercely loyal; he defended Obama against attacks from Republicans, advised and challenged him on national security questions and helped deliver key votes such as when passing the Affordable Care Act.

Biden said Obama kept his word of asking him to “help him govern” in a way no president had done before him because the vice president has no “inherent power” under the constitution. Obama, on his part, surprised Biden by awarding him the Presidential Medal of Freedom (with distinction) in a moving ceremony, calling him a “lion of American history”.

Biden paid a very warm tribute to Obama that, in some ways, reveals what kind of a president he will aspire to be. Biden said he had never known a president “who has the integrity, decency, sense of other people’s need that you do.” He admired that Obama had the courage to take a decision all by himself when all the advisers had said their bit.

Conscious of the 2008 crash among other things, Biden said “I watched you under intense fire… no President in history has had as many novel crises land on his desk, the Civil War was worse, World War II was worse , World War I…but every crisis you faced was a first instance, I’ve watched that prodigious mind and that heart as big as your head; I’ve watched you and watched how you acted…when you watch a woman or man under intense pressure you get their measure” and then, turn turning to Michelle, Biden said “this is a remarkable man.”

Obama was famous for his discipline, for running a strong policy process and being well-prepared, sometimes better than his aides – and for forging a team that got along well and did not leak to the media. Biden is evidently going with a similar approach stacking his administration with plenty of expertise from Jake Sullivan as National Security Adviser to Janet Yellen at Treasury and Merrick Garland as Attorney General. His administration is also remarkably diverse, he has appointed more Latinos and women in his Cabinet than his predecessors. Progressives have not been entirely happy with his nominations but he has earned high praise from Elizabeth Warren and other prominent commentators. His serious-minded approach to challenges at hand has suddenly lent him a presidential air. 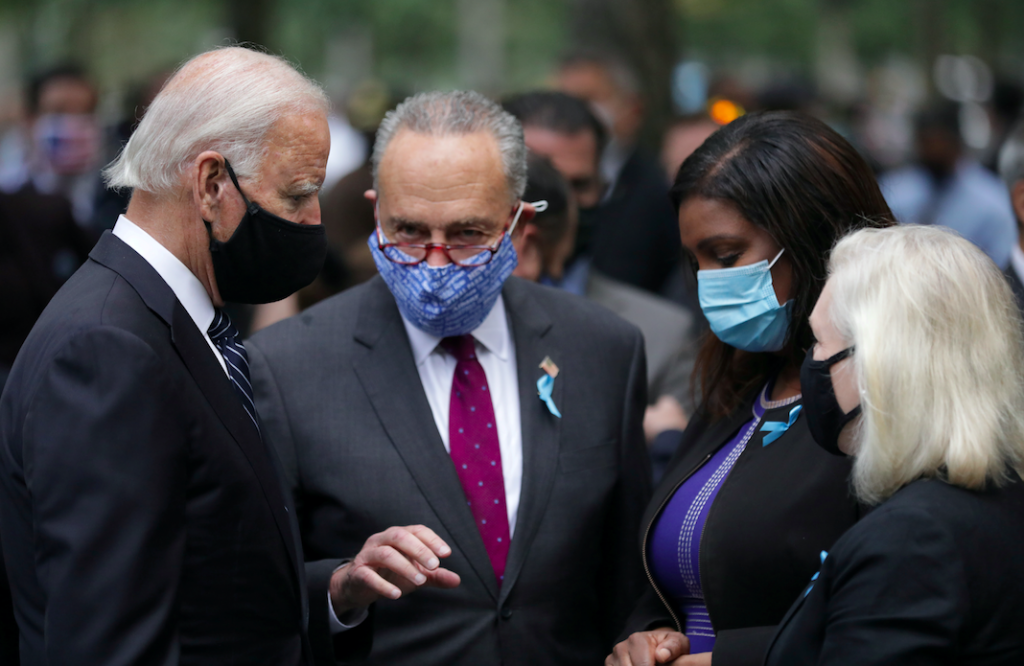 Looking back, life experience has shaped Biden into being history’s very appropriate pick for the moment.

He is a Democrat who once called himself a conservative, he trumpeted his links with Republican conservatives but thanks to his openness, the benefit of watching an Obama presidency at work, the exigency of dealing with Trump’s effect on democracy, Biden has had to swing in a progressive direction while continuing to posture as a centrist. Biden is trying balance both sides and will continue to do so.

He picked Alexandria Ocasio-Cortez to co-chair the unity task force on climate change but has chosen Avril Haines as the Director of National Intelligence, whose record on torture is under scrutiny. He has expressed his commitment to racial justice and criminal justice reform but is also conscious of not alienating working class whites in a polarised America.

Biden’s approach seems clear. Restore decency and a measure of civility in public discourse – and bet on expertise in government and collegiality in Washington to effect change in America.

Biden once hoped that the asterisk in history attached to his name when they talk of Obama’s presidency is that “he was a part of the journey of a remarkable man who did remarkable things for his country.” Now Biden gets to write his own history and shape the future of liberal democracy the world over.