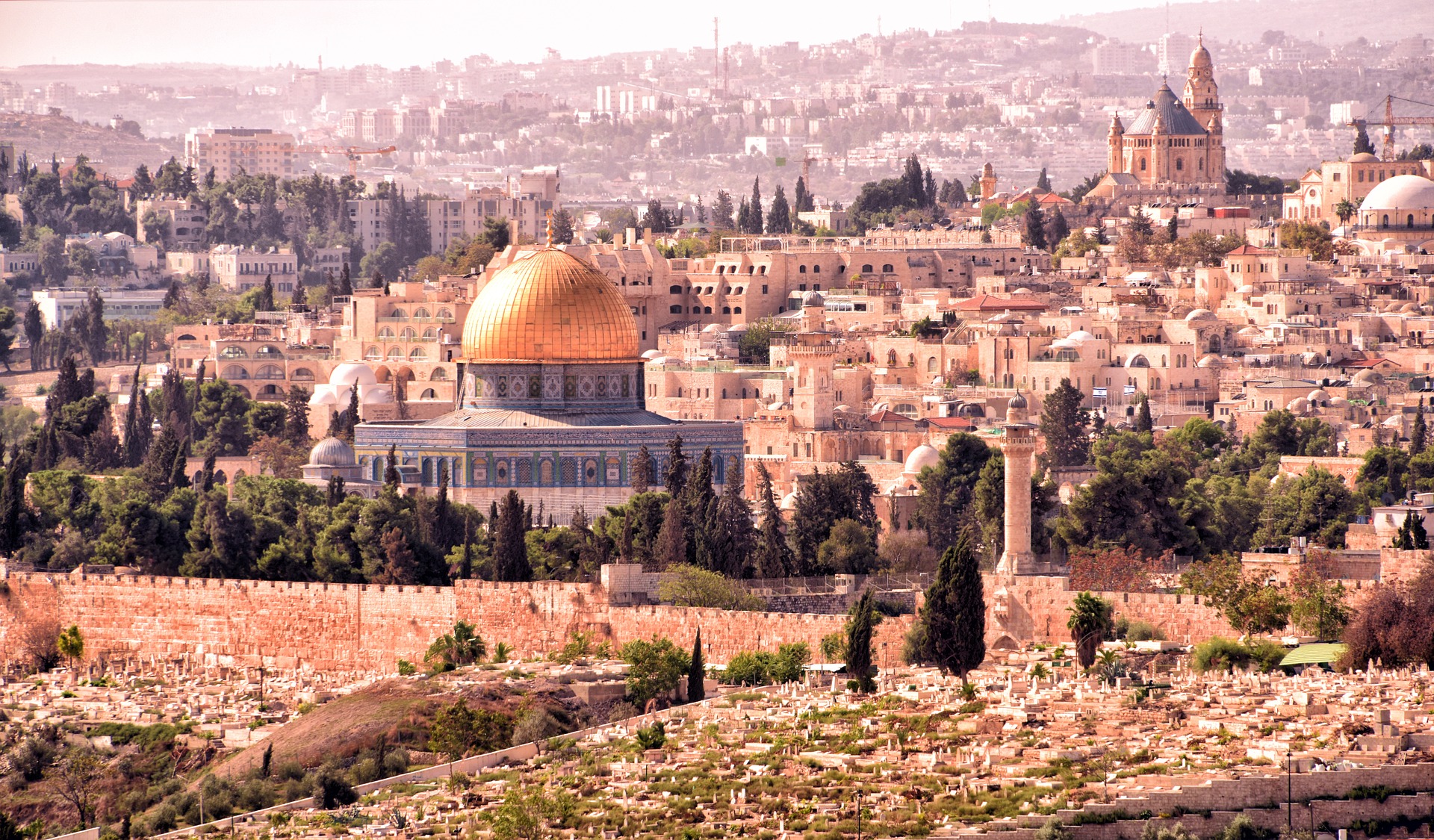 In the ongoing brouhaha over the US president-elect Donald Trump’s approach to foreign policy, the weight of his post-victory rhetoric fell precisely on Jerusalem – a sacred but contested site that is holy to all the three Abrahamic faiths. From the start of his election campaign until his victory, Trump has been pushing for the relocation of the US embassy in Israel from Tel Aviv to Jerusalem.

Jerusalem has its own symbolic power. While for Jews it is the site where Abraham offered up Isaac, for Christians the place signifies the crucifixion of Christ and for Muslims it is the place from where the Prophet Muhammad ascended to heaven. Revered by Jews, Christians and Muslims, Jerusalem is both religiously celebrated and politically contested. It occupies a distinct place in the history of three religions as well as being on the list of World Heritage Cities. The entanglement of religion with politics has led to conflicting, often violent, contestations, more pronouncedly between the Jews and the Muslims. This has been manifested in the revanchist history of the Israel-Palestine conflict.

The politics surrounding this sacred space has gained momentum with the victory of Trump, the most aggressively pro-Israel president in the history of the US presidency. Fulfilling his campaign promise would, in fact, overturn traditional US foreign policy in practice. Previously, presidential candidates have for years promised to move the embassy to Jerusalem, but this never translated into action. However, the political promises made by Trump predict chaos. During his campaign, he vowed to relocate the embassy “fairly quickly”. This would mean official recognition of Jerusalem as Israel’s capital, which is currently not the case and will amount to a violation of international consensus on not recognising Jerusalem as the capital of Israel.

In the weeks that followed his victory, the incoming Trump administration has been seen as pushing the embassy move. Earlier this month, the administration had told its Arab and European allies that it is moving ahead with plans to relocate the US embassy in Israel. Trump’s choice for the ambassador to Israel, David Friedman, who is an ardent advocate of relocating the embassy, is positioned on the far-right on Israel’s political landscape. For Friedman, Jerusalem is Israel’s “eternal capital”. Trump’s diplomatic ‘choices’ certainly challenge the larger peace process that stands vulnerable to permanent disruption.

Following the calls of relocation, Palestinian President Mahmoud Abbas had written to Trump warning him not to move the embassy. “Any statement or position that disrupts or changes the status of Jerusalem is a red line which we will not accept,” asserted Abbas. However, the impact of such a move will not be limited to the West Bank or Israel alone, but will resonate through West Asia, travelling across the Muslim world. The collective Muslim consciousness upholds the statehood of Palestine and is unanimously compassionate on the question of Jerusalem and the larger Palestinian problem. Owing to the ‘imperialist’ adventurism in the West, there has been a growing and visible anti-US and anti-Israel sentiment in the Muslim world. Any such attempt by the Trump administration will worsen the situation, feeding into the psyche of victimisation and conspiracy. This will, in effect, specifically endanger the lives of American and other Western personnel – government or non-governmental.

Apart from the security threats that most of the allies fear, such a move will be damaging for Israel’s diplomatic and strategic ties with the Arab world, like Saudi Arabia, Egypt and Jordan. In the case of Saudi Arabia, the silent, behind-the-scene diplomacy could be derailed, going back to 1948 post-Nakba situation and creation of Israel. The Saudi-Israel sly diplomacy rests on mutual distrust of Iran. Similarly, Egypt-Israel diplomatic relations developed clandestinely. Following the 1973 Arab-Israel war and the signing of the Peace Treaty in 1979, Egypt-Israel diplomatic relations has moved from being stealthy to being steady, reaching “the highest level” in 2016. Jordan, too, has been cozying up to Israel. The bilateral engagement between the two countries includes the 15-year-old gas purchase agreement, intelligence sharing and defence relations. Given this backdrop of growing bilateral relations between Israel and the Arab countries after years of hostility, the decision to relocate the US embassy to Jerusalem will risk the foreign policy initiatives taken by each side. Is Israel ready to compromise its nascent diplomatic engagements and cooperation with the West Asian countries?

Jerusalem could be recognised as the capital of Israel only if it reaches an agreement in negotiations with Palestinians. This too is improbable. With Trump emerging victorious, there is a huge appetite for change in foreign policy within the White House. Since the beginning of his election campaign, Trump has been crossing the rhetorical red lines. What remains to be seen is whether his rhetoric will translate into action or will Trump walk back? Before crossing the Rubicon, US and Israel must weigh their larger international and diplomatic interests. The announcement has sparked controversy internationally; its implementation will arouse anger in an already volatile region and sabotage any chances for peace talks.

Ambreen Agha is a research fellow at the Indian Council of World Affairs. She works on terrorism and counter-terrorism at the council and is currently engaged in research on the Syrian conflict. Her work has been published in Outlook, Himal South Asian, Warscapes, South Asia Monitor and South Asia Terrorism Portal. The views expressed are personal and do not reflect that of the council.