Friction between Tokyo and Seoul could result in negative consequences for both countries, given that regional cooperation looks difficult to come through. 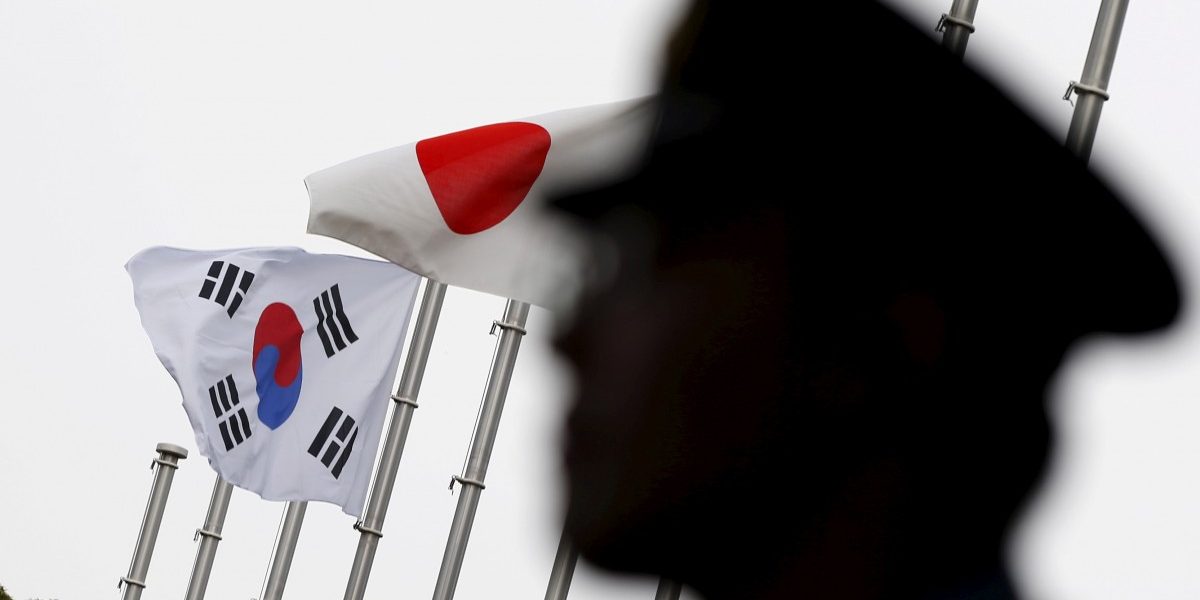 On the streets of Seoul in late August, a young Japanese tourist was assaulted by a Korean man and the footage went viral on social media sites. On Tuesday in Tokyo, a letter containing a bullet and a message saying the sender intends to “target” South Koreans was delivered to Seoul’s embassy.

A year after the already rocky relations between the northeast Asian neighbours began to spiral downward, both governments remain locked in a series of increasingly bitter tit-for-tat accusations. And the friction between governments is now spilling over into the public realm, threatening to do even more damage to bilateral ties.

Given the growing sense of aggrievement among the general population on both sides of the divide, fanned in part by partisan media reports, the two governments may find it hard to back down from the positions that they have taken.

“It is difficult to see how the situation can get better as, unfortunately, that would take leadership on both sides,” said Daniel Pinkston, a professor of international relations at the Seoul campus of Troy University.

“There is a lot of finger-pointing going on by both sides, and the tragedy is that both are going to end up worse off. It seems that there are also domestic political gains to be had in both Seoul and Tokyo by continuing the animosity.” 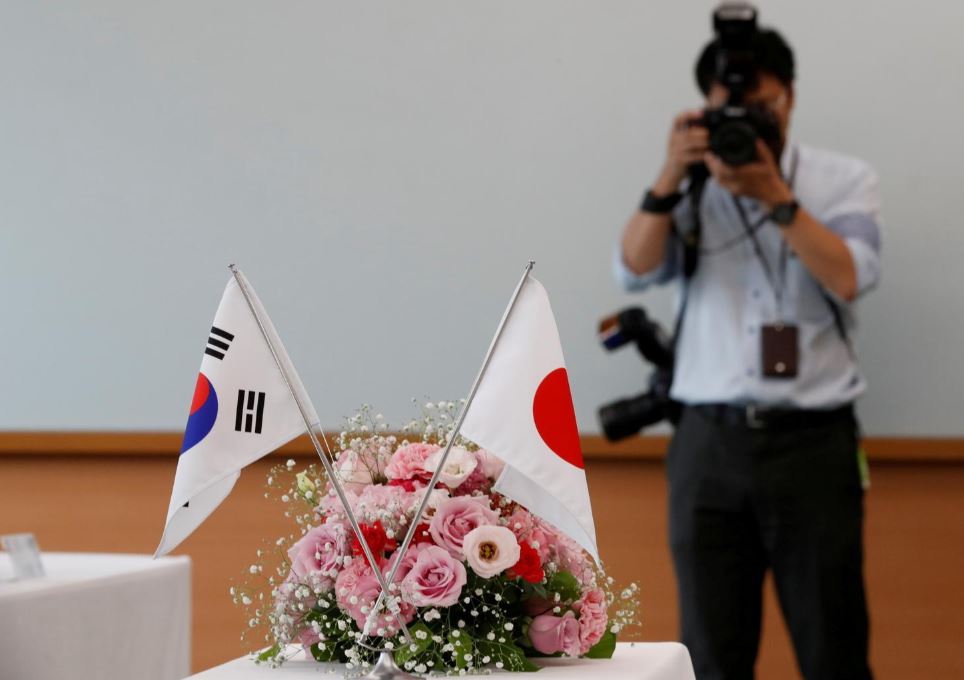 Japan has hinted it might institute new travel restrictions on South Korean tourists. The South Korean public responded with a wide-ranging boycott of popular Japanese brands, from Kirin beer to Toyota cars.

There are also suggestions that Seoul is planning to tighten import controls on food products from parts of Japan affected by the 2011 accident at the Fukushima nuclear plant, despite Japanese protestations that all produce is tested.

The trade row has taken centre stage in the worsening relationship, largely because of Japan’s decision to severely curtail exports of chemicals critical to South Korea’s chip manufacturing industry. This threatens the long-term viability of a sector that was already under pressure from rival nations.

Japan says it acted because it has evidence that South Korea is permitting banned technology to be shipped to North Korea, in contravention of United Nations sanctions on Pyongyang for its nuclear and missile programs.

However, it is widely believed that Tokyo’s move was provoked by South Korean courts granting Korean forced labourers from Japan’s colonial occupation era the right to sue Japanese firms for damages.

Japan insists that all claims were settled under the terms of a 1965 treaty that normalised relations between the two counties and saw Tokyo pay $500 million (€454 million) in compensation.

The Rising Sun and territorial disputes

On the geopolitical front, Japan has reiterated its claim to Takeshima, a small rocky archipelago located halfway between the two countries and presently controlled by South Korea, which refers to them as Dok-do. Last week, a group of South Korean politicians landed on the island and symbolically called on Japan to lift trade restrictions.

Seoul denied the incident happened and barred a Japanese warship from a Korean port unless it took down the rising sun flag that is the recognised ensign of the MSDF, but which South Korea claims is a throwback to the flag of imperial Japan when it ruled the Korean Peninsula.

On Tuesday, South Korea demanded that Japan not permit rising sun flags to be displayed at the Tokyo Olympic Games, which will be held in 2020. 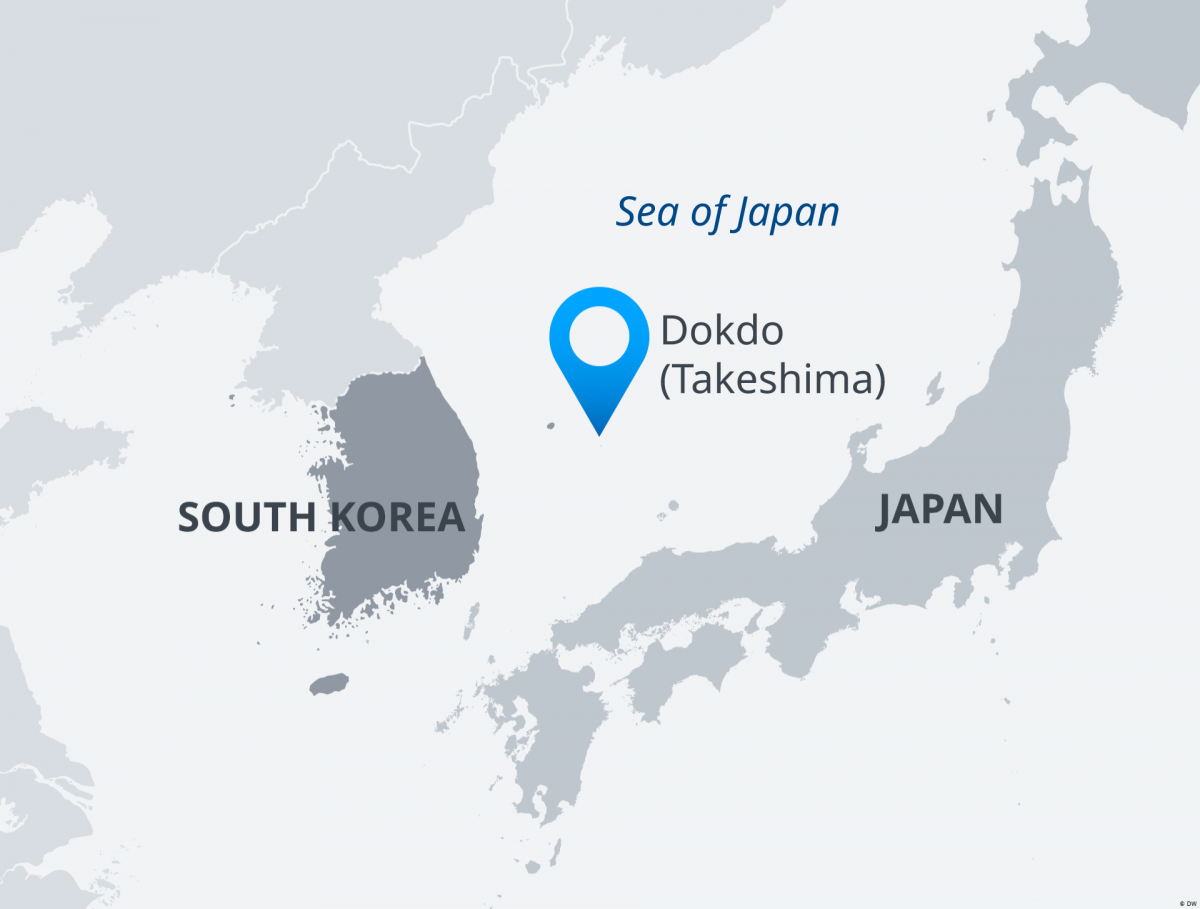 “From my perspective, it does seem that South Korea always needs to be in the position of the aggressor, which plays very well for the supporters of President Moon Jae-in,” said Jun Okumura, a political analyst at the Meiji Institute for Global Affairs.

“A group of their politicians went to Takeshima to denounce Japan’s claim to the islands. They already control those islands, so why bother?” he told DW.

Okumura believes that after decades of rather meekly accepting criticism from Korea about Japan’s imperial past, the government of Prime Minister Shinzo Abe has finally put its foot down and is fighting back. Unfortunately, he added, that has left Seoul with little room to manoeuvre. For Moon, backing down is out of the question as it would be political suicide with few options other than escalation.

Tokyo would appear to hold the advantage if the trade war worsens further, due to Korea’s heavy reliance on products from Japan, with Pinkston suggesting that the next seven months will be critical to how the situation plays out.

“South Korea has elections for its national assembly in April and there is already a lot of very deep concern about the state of the economy, employment and job security,” he pointed out.

“Standing up to Japan is always an electoral winner for South Korean parties, but if that would inevitably lead to real economic damage and hardship for ordinary people ,and if they hold the Moon administration to blame for that, then the voters will show their dissatisfaction,” he said.