Jamal Khashoggi: What Is the Lesson to Be Drawn From the Saudi Past?

States do not want to offend other states that are geo-politically important or powerful or a source of great profit. Even when such states cross a red line a via media is sought to be found. 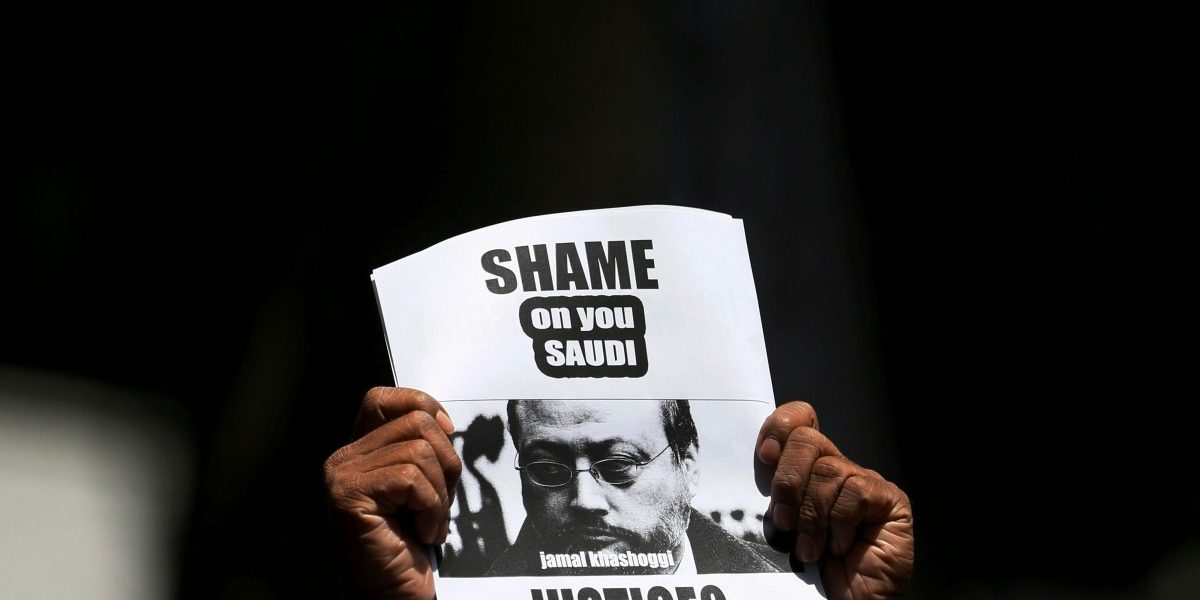 Commenting on the murder of Jamal Khashoggi in the Saudi Arabian consulate in Istanbul on October 2, US President Donald Trump said on October 24: “They had a very bad original concept. It was carried out poorly and the cover-up was one of the worst in the history of cover-ups”. Was Operation Khashoggi, especially the cover-up, so poorly conceived and executed because of incompetence or because of the arrogant assumption that the Saudi state can act with impunity against foreign nationals on its territory and against its own nationals abroad for no country is willing to call the kingdom to account even for dastardly and criminal acts? Do history and the continuing practices of the Saudi state provide answers?

In November 1951 the British vice-consul Cyril Ousman was murdered in Jeddah. There can be no doubt that the identity of the perpetrator was known immediately to the British but they covered it. Thus, initial reports in the international press mentioned that the assailant merged with the crowds and a search was on for him. Interestingly, these media accounts discounted a political motive for the murder. Obviously, the British government along with the Saudis needed time to decide how to handle the murder for it was committed by the ruler, King Abdul Aziz ibn Saud’s 19-year-old son Prince Mishari. Ibn Saud, as he is known, had many children; one report states that Mishari was, at that time his 18th ‘surviving son’.

Cyril Ousman reached Jeddah in 1929 to work as an engineer on the city’s sea water condenser. He was then 26. According to some accounts he got to know the King. This is probable for this was pre-oil Saudi Arabia; oil was discovered in 1938. Ousman’s wife Dorothy worked at the British embassy. Versions of the murder in different memoirs and scholarly works differ in some of the details but agree that it was over alcohol.

Prince Mishari was drinking and was denied more alcohol by Ousman. According to one credible version this was at a party hosted by Ousman at his home. Mishari left in a huff and returned with a “tommy gun” and opened fire. Ousman saved his wife but got killed. It appears that the Saudi King had Mishari imprisoned and Dorothy was given a large sum of money and went to South Africa. Later after Ibn Saud’s death in 1953 Mishari was released from prison and like many members of the Saudi royal family entered business. He died at 68 in the US where he had gone for medical treatment.

In looking back at the murder and how it was handled, some points stand out. While Ousman committed no breach of the then Saudi law in consuming alcohol for non-Muslim foreigners were allowed to import it for their own use he should not have given it to Mishari. However, as an adult, although young in age, he drank at his own risk and hence in murdering Ousman he was guilty.

Under Saudi law the punishment was death for such a crime. There is no record that Mishari was tried in a regular court of law. Most likely the matter was decided between the British and Ibn Saud. In view of Saudi Arabia’s geo-strategic importance, the former had no intention to see that full justice was done. Interestingly, with time the murder was remembered more than anything else as being responsible for Saudi Arabia banning the import of all alcohol. This is what Peter Mansfield records in his 1970s classic on the Arab world, The Arabs:

When one of the royal princes who had been drinking shot and killed the British vice-consul in Jedda, Ibn Saud was dissuaded by his family from letting him hang but decreed instead a total ban on all alcohol even for non-Muslims and foreign diplomats. The law has never been repealed.

The murder was also relegated to an accident. Sharaf Sabri, an Indian scholar who lived for many years in Saudi Arabia published a book in 2001 on the Saudi royals in business. Recalling the Ousman murder he wrote, “Mishari is reported to have killed the British vice-consul, Cyril Ousman, in November 1951 by accident”.

In the coming decades and especially after the 1973 oil price rise the Saudis became fabulously rich. The Western world and increasingly regional countries, including India, developed great stakes in its stability for economic and commercial reasons and to ensure the stability of energy flows. Its opaque and, by modern standards, cruel governance system did not attract global scrutiny. The international community also largely avoided criticism of its human rights record, including the treatment of migrant labour and its medieval practice of public executions. On its part Saudi Arabia deployed its financial resources shrewdly and lobbied in the US and in Europe with key institutions and political personalities to develop a committed constituency. It also shrewdly played the diplomatic game leveraging its financial assets in the Islamic world.

Western media did occasionally focus on the attitudes and actions of the Saudi royal family. An enormous controversy erupted in 1980 with the release of the docudrama ‘Death of a Princess’. It was based on the killing of a young married princess and her lover but also dwelt on the lives of Saudi royal women. The Saudis were furious and tried to stop its release. It was telecast in the UK, US and some other Western countries whose governments called it deeply offensive but pleaded helplessness because of the tradition of freedom of expression. The Saudis retaliated with damaging the exports of these countries to the kingdom. After this experience Western business interests were eager to ensure that Saudi sensitivities were always cared for.

After the experience of the Death of a Princess, the western and largely the Islamic and developing world too was disinclined to offend the Saudis while they too, as they continued with their traditional practices preferred to avoid the spotlight. They sought to quietly influence events using their wealth as the instrument of intervention. Their internal processes were justified by apologists as ‘their way of life’ and that migrants need not go to work in the kingdom if they were unwilling to abide by their harsh rules. This bred a feeling of immunity of the norms of global behaviour in the Saudi state and it appears that these sentiments have gained further ground since the present Crown Prince Mohammad bin Salman gained power. In a departure from the past he is overtly pursuing an aggressive path. That has impacted on the inherent tendencies of the Saudi state. This is illustrated by some reports apart from Operation Khashoggi.

Over the past few years there have been reports that Saudi state agents ‘abducted’ three Saudi princes, two from Europe and one apparently from Morocco. The BBC telecast a detailed investigative report on the disappearance of the three in 2016. The Saudis did not offer any comment. Of the three cases that of Prince Sultan bin Turki, the senior most royal among them, is particularly noteworthy.

Also read: Selective Morality – Saudi Arabia Is a Repressive Regime, but so Are a Lot of US Allies

Prince Sultan claimed that he was beaten, sedated and abducted to Saudi Arabia in 2003 from the Geneva house belonging to then King Fahd bin Abdul Aziz. The kidnapping was done at his meeting with his cousin and Fahd’s son Prince Abdulaziz bin Fahd. In 2010, after years of imprisonment, he was allowed to go to the US for medical treatment. From there he filed a criminal case in Switzerland against Abdulaziz. His lawyer has complained that the Swiss authorities took no interest. In 2016 the Sultan decided to go to Cairo from Paris where he then was. Inexplicably, he agreed that Saudi diplomats there arrange a plane for him. He was accompanied by an 18-member entourage, including his personal doctor and attendants most of them European and Americans. The plane carrying Sultan flew to Riyadh instead of Cairo. Sultan was taken away by security personnel and no one has heard from him since. The entourage was set free three days later and allowed to fly to destinations of their choice.

All in all, the alleged modus operandi used against the three princes bear an uncanny attitudinal similarity to operation Khashoggi. Interestingly, none of the three countries where these incidents are said to have taken place – Switzerland, France and Italy – seemed to have taken any measures against the Saudis.

Issues surrounding the resignation of the Lebanese Prime Minister Saad Hariri on November 4, 2017 from Riyadh and the belief in many quarters that he had done so under Saudi duress, if not physical mistreatment merit attention; they reveal a degree of Saudi insensitivity despite the complexities of Lebanon and the country being an arena for no holds barred Saudi Iranian contestation. Hariri holds triple citizenship – Lebanese, Saudi and French. He owes his prime minister’s position to the Lebanese confessional system which requires that a Sunni Muslim should hold that position. A very rich man, he has also been bank rolled by the Saudis and therefore, it appears that in their eyes he is nothing more than a client.

Following his resignation Hariri went incommunicado. This had an immediate impact in Lebanon where almost sections of political opinion blamed the Saudi’s for holding him against his will. As the regional situation deteriorated France intervened, including through a visit by the French President Emmanuel Macron on November 10. Two days later Hariri told a TV channel that he was in Riyadh of his own free will. On November 16 he reached Paris and thence to Beirut where he first confirmed his resignation and later withdrew it. A week ago, he was in Riyadh, sitting next to Crown Prince Mohammad at the Davos in the Desert event, shunned by the West after the Khashoggi murder.

States do not want to offend other states that are geo-politically important or powerful or a source of great profit. Even when such states cross a red line a via media is sought to be found. That is the lesson to be drawn from the Saudi past.