Khashoggi's was not the first, nor will it be the last, government-orchestrated crime against Arab journalists and activists who are living in exile. 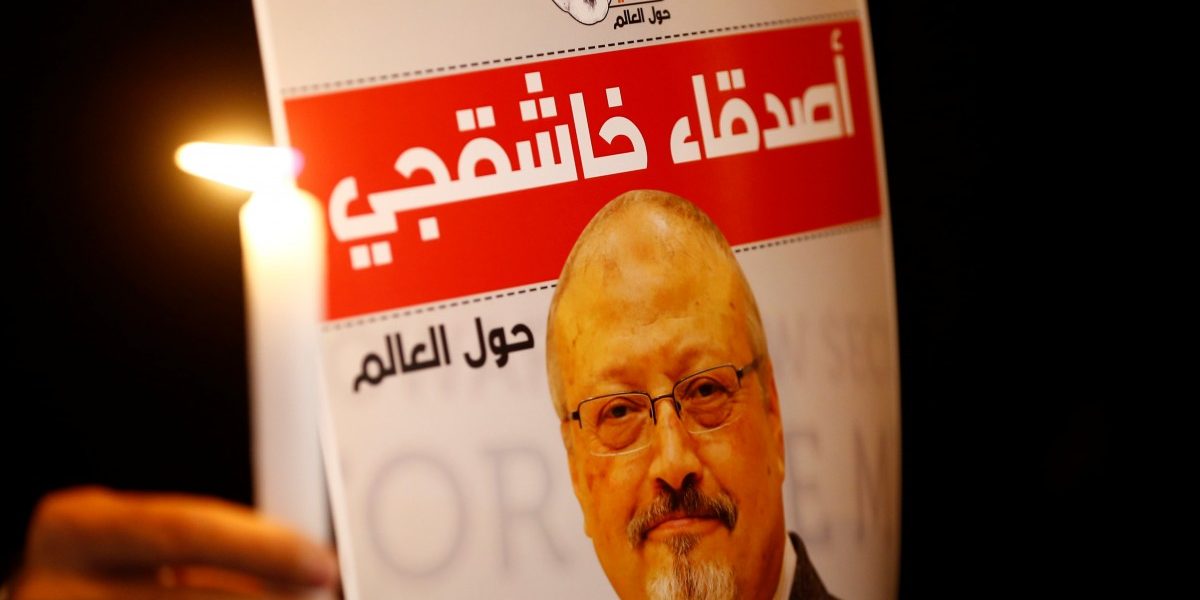 A demonstrator holds a poster with a picture of Saudi journalist Jamal Khashoggi outside the Saudi Arabia consulate in Istanbul, Turkey October 25, 2018. Source: REUTERS/Osman Orsal. 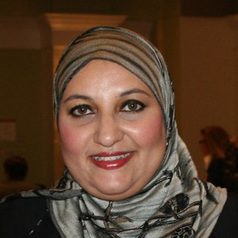 The gruesome and dramatic killing of journalist Jamal Khashoggi in the Saudi consulate in Turkey has captivated media outlets around the world.

A columnist for the Washington Post, Khashoggi had been living in the United States since 2017 as a Saudi exile.

Some have frowned upon this excessive coverage, wondering why one particular instance of Saudi butchery was making headlines, while the Saudi-backed war in Yemen has been going on for years, has claimed the lives of thousands of children and hasn’t received a fraction of the attention.

But I think the coverage of Khashoggi’s murder is important. As an expert in Arab media, I’ve studied the cyberactivists who work to bring about political and social change in the Arab world.

For the first time, the media is bringing widespread attention to the real dangers faced every day by opponents of Arab regimes living abroad.

This was not the first, nor will it be the last, government-orchestrated crime against Arab journalists and activists who are living in exile. However, before Khashoggi’s death, many of these crimes went unnoticed or underreported.

The Arab Spring fizzles – and many flee

Beginning in 2011, waves of opposition to the regimes in power swept through six Arab countries: Tunisia, Libya, Egypt, Yemen, Syria and Bahrain.

Known as the Arab Spring, many of these protest movements had a similar set of demands: freedom, dignity and democracy.

Some of these countries were long led by dictators, such as Hosni Mubarak, who ruled Egypt for 30 years; Moammar Gadhafi, who ruled Libya for 42 years; and Zine El Abidine Ben Ali, who ruled Tunisia for 23 years. It was the first time in decades that these countries witnessed popular uprisings that shook the thrones of political leaders and ousted them from power.

Tunisia was able to chart a relatively smooth, peaceful path toward reform and democratisation.

But it ended up being the exception.

The rest of the Arab Spring countries had brief dalliances with democracy, only to revert to a system of political oppression and authoritarianism.

Today, Libya is torn by sectarian strife; Yemen is being bombed day and night; Syria is experiencing the worst civil war in modern history; Egypt returned to a military dictatorship far worse than Mubarak’s; and Bahrain’s uprising was suppressed.

Also Read: Jamal Khashoggi: What Is the Lesson to Be Drawn From the Saudi Past?

Fearing for their lives and safety – and unable to openly organise and express themselves – many of the leading Arab Spring activists and journalists fled their home countries.

Although Saudi Arabia wasn’t officially one of the Arab Spring countries, anti-government protests did crop up across the nation in 2011 and 2012. There was enough concern among the ruling class to further crack down and suppress opposing voices.

The heightened repression and stifling of freedom of expression in Saudi Arabia forced many dissidents and opponents to flee the country and, like their Arab Spring peers, exercise their opposition in the diaspora.

For many years, Jamal Khashoggi worked as a journalist in Saudi Arabia, eventually becoming editor-in-chief of the Saudi Arabian daily al-Watan. But in 2003, authorities removed him from his position after one of his columnists wrote a piece critical of an Islamic scholar. Khashoggi moved to London, bounced around the Middle East, and regularly wrote for the Dubai-based periodical al-Arabiya.

While Khashoggi eventually relocated to the U.S. in 2017, many political bloggers and activists who oppose Arab ruling regimes have moved to Turkey.

Dr. Ayman Nour, for example, was arrested in Egypt in 2005 for daring to run as a presidential candidate against former President Hosni Mubarak. After the military coup in Egypt in 2013, Nour founded al-Sharq, a Turkey-based opposition TV channel, which aims to expose the repression and authoritarianism of the current Egyptian regime.

Shaken by Khashoggi’s murder, he and a number of prominent Arab and Turkish figures created the group “Jamal Khashoggi Friends Association” to raise international awareness about this hideous crime and the alarming message it sends to other opponents of autocratic regimes.

To activists like Nour, the attack on Khashoggi is an attack on everyone in the Arab opposition movement in the diaspora.

Unfortunately, their safety in their host countries has been far from guaranteed. In recent years, there have been a number of tragic incidents of violence and aggression directed at some of these activists.

In March of this year, Saudi women’s rights activist Loujain al-Hathloul was plucked from the streets of Abu Dhabi by security forces who returned her to Saudi Arabia, where she remains imprisoned.

After Khashoggi’s murder, I reached out to a Syrian-American journalist living in exile in the United States, but who has contact with people in Turkey. Due to safety concerns, she spoke with me under condition of anonymity.

She noted that “especially after Khashoggi’s murder…the Turkish government [has] adopted tougher security measures.” But his death was only the latest. “Several Syrian opposition figures have been previously targeted and killed in Turkey,” she added.

Why aren’t the loudest voices opposing Khashoggi’s murder Saudi ones?

The country is, in many ways, a paradox.

On one hand, it has a very large, young, tech-savvy population and is the country with the fourth-largest number of Twitter users in the world.

On the other hand, however, there’s no freedom of the press, and public debate is pretty much nonexistent.

This explains why there has been complete silence inside Saudi Arabia around Khashoggi’s death aside from the ruling regime’s narrative, which has evolved from denial, to evasion, to partial confession.

While there has been a growing movement of Saudi opposition in the diaspora, unlike the Egyptian and Syrian opposition movements, which have been more organised and capable of creating their own associations, Saudi opponents remain few and far between. They are mostly young activists using their social media platforms to voice individual criticisms.

One such activist is Omar Abdulaziz. A friend of Khashoggi’s, the young Saudi dissident lives in Montreal, Canada.

MBS deprived Eman al-Nafjan & Samar Badawi of their little girls for no reason other than seeking a better life for Saudi women! Several months have passed and both Samar & Eman (alongside other innocent women activists) are still behind bars, without trial or access to lawyers! pic.twitter.com/XFh0nytuC6

His vocal opposition hasn’t gone unpunished. In August 2018, the Saudi regime arrested two of his brothers and some of his friends in an act of retaliation. Yet, Omar has insisted that he won’t be silenced, intimidated or blackmailed.

Following Khashoggi’s murder, Omar described the Saudi crown prince as an “illegitimate leader” and a “killer” on Twitter and YouTube.

Because the price of activism – even abroad – can be so high, the public-facing Abdulaziz is an exception. Most Saudi opponents will keep a much lower profile, using pseudonyms or posting anonymously.

Authoritarian Arab regimes have tightened their grip on power and escalated their mechanisms of repression in the years since the Arab Spring uprisings.

Many of these regimes have been enabled by their own people, many of whom are either apathetic or supportive of their repressive policies: They prioritise the promise of stability over the dream of freedom.

They’ve also been emboldened by the current American administration, which practices a brand of realpolitik that prioritises its economic interests over its values when dealing with autocrats and dictators.

With the whole world watching, texting, tweeting and chatting, I believe that many of these governments will eventually be condemned in the court of public opinion, both at home and abroad.

If anything positive came out of the tragic murder of Khashoggi, it is that there has finally been extensive global media attention given to an extrajudicial killing in the diaspora.

The Saudi regime might think twice about trying to pull off something similar.
Sahar Khamis is an Associate Professor of Communication at the University of Maryland.