A Year Since Jamal Khashoggi's Murder, More Questions Than Answers

Key Saudi figures in the Jamal Khashoggi murder investigation have so far escaped trial for his death. A demonstrator holds a poster with a picture of Saudi journalist Jamal Khashoggi outside the Saudi Arabia consulate in Istanbul, Turkey October 25, 2018. Photo: Reuters/Osman Orsal/Files

The chilling details of Jamal Khashoggi’s murder — and the incrimination of individuals close to Saudi royalty — still taint the image of Crown Prince Mohammed bin Salman (MbS) as a moderniser and poison the Arab kingdom’s relations with Western allies.

While MbS was quoted by US broadcaster CBS as accepting “full responsibility” for the crime on Sunday, he has denied ordering the killing, described as a “rogue” operation by Saudi officials.

UN investigators maintain the murder was “planned and perpetrated by officials of the state of Saudi Arabia.”

Investigations by the CIA and UN claim a squad of 15 Saudis with diplomatic status, including a forensic expert carrying a bone saw, flew to Istanbul to intercept Khashoggi as he entered the Saudi consulate to arrange marriage papers. Turkish transcripts of audio recordings, seen but not authenticated by the UN investigation, suggested Khashoggi had been injected with a sedative, suffocated and dismembered. His body has not been found and investigators say the scene was forensically cleaned before the Turks were given access.

US senators briefed by the CIA pointed to a series of phone calls between MbS, his close aide Saud al-Qahtani and a member of the squad, which implicate the crown prince. UN rapporteur Agnes Callamard said the evidence of state organisation of the crime demanded a criminal investigation which included MbS.

The process inside Saudi Arabia to convict those involved has attracted heavy criticism.

Saudi prosecutors have 11 suspects in a closed trial, with five of those facing the death penalty, but key figures such as al-Qahtani have been shielded from the process, which does not meet international standards, Callamard told DW.

“It’s held behind closed doors. The masterminds are not included in the trial. It’s not known why those 11 persons have been charged and no others, considering that there were 15 people in the kill team plus their accomplice in Riyadh,” Callamard said. “The trial does not include Saud al-Qahtani even though the prosecutor himself had identified him in a public statement as a person who had incited the team to abduct Mr. Khashoggi.”

Saudi prosecutors have said al-Qahtani’s right-hand man Ahmed al-Asiri oversaw the operation to repatriate but not kill Khashoggi, but al-Qahtani himself has quietly disappeared since King Salman sacked him over the affair.

Turkish and Arab sources quoted by the Reuters news agency said al-Qahtani had been beamed into the Saudi consulate via Skype during the killing and had hurled insults at Khashoggi.

Yasmine Farouk, a Gulf expert at the Carnegie Endowment for International Peace, told DW that sacrificing their intelligence staff for carrying out their alleged orders puts the Saudi leadership in a difficult position.

“If they hold their own people responsible for the death of Khashoggi, and it was someone from the palace that ordered it … it might have implications for their credibility inside their system,” Farouk said.

What are the chances of finding the truth?

While Callamard’s request for an international criminal investigation has so far not gained much traction, Khashoggi’s murder is still a live feature of international diplomacy and US-Saudi relations. 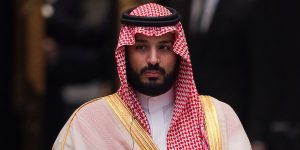 “But beyond that, for the time being, if we are expecting concrete action from the UN, it will not happen,” Farouk said.

Callamard said that although the Saudi trial is flawed, she believes we will reach a “definitive” and “credible” truth but “justice for Jamal must take other dimensions.”

That means welcoming new evidence from journalists, intelligence agencies and government; directing sanctions at much higher elements within the state; celebrating the values Khashoggi died for and strengthening protections for journalists.

Although there have been signs of a thaw in relations since Riyadh’s Western allies rallied to support Saudi Arabia against what it called Iranian attacks on its oil facilities in September, relations are still rocky.

On Thursday, a Saudi attempt to block a UN Human Rights Council investigation into Yemen war atrocities was voted down, despite heavy lobbying.

The US Congress has passed several measures denouncing the Saudi leadership, but President Donald Trump has vetoed legislation to block arms sales and withdraw support for the war in Yemen in order to maintain a strategic partner against Iran.

Germany has extended a freeze on Saudi arms sales prompted by the killing, but has announced it will restart joint police training, while it also joined the UK and France in expressing“full solidarity” in blaming Iran for recent attacks.

For Callamard, Khashoggi’s legacy lays in his inspiration of young Saudi critics and how his death has tarnished the reformist image MbS has tried to cultivate.

“His reputation as the modernist king or prince has been uncovered for what it is, a very empty shell at the end of the day,” Callamard said. “The emperor is naked and the servants will be increasingly speaking out.”

Twenty-six journalists have been killed in the year since Saudi dissident Jamal Khashoggi’s murder on October 2, 2018, according to the Committee to Protect Journalists.