Israel Is Finally Being Investigated for War Crimes

After dragging its feet, the International Criminal Court is finally investigating Israel for committing war crimes against the Palestinians over the last five years. It's long overdue. 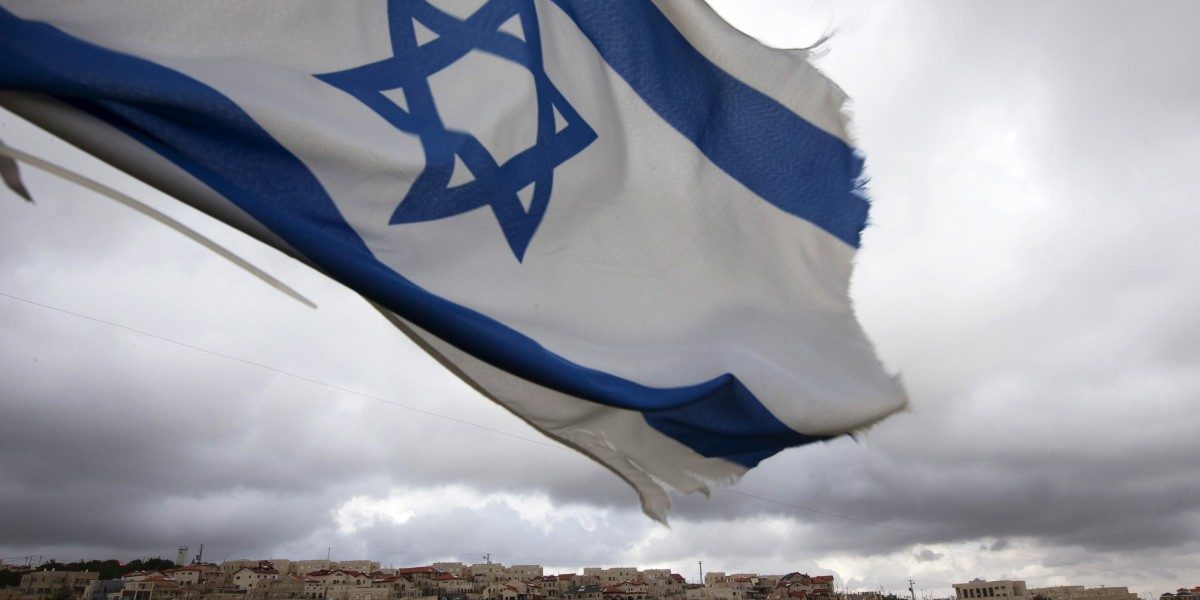 for the past seven-plus decades, the Israeli state has – in terms of massacres and territorial usurpation – essentially constituted one continuous war crime. Photo: Reuters

On December 20, the International Criminal Court (ICC) in The Hague announced that Prosecutor Fatou Bensouda was “satisfied that there is a reasonable basis to initiate an investigation into the situation in Palestine… There is a reasonable basis to believe that war crimes have been or are being committed in the West Bank, including East Jerusalem, and the Gaza Strip.”

Of course, this should be a no-brainer – and yet it took the ICC almost five years (a “preliminary examination” of the situation was opened in January 2015) to determine that “there are no substantial reasons to believe that an investigation would not serve the interests of justice”.

Then again, Palestinians have been waiting more than seventy years for justice, so five is perhaps a drop in the bucket.

Not that “justice” is a guaranteed outcome in international legal endeavours that often amount to torturously bureaucratic charades. Nor, it bears underscoring, has the Palestine investigation been officially given the green light – Bensouda is first seeking confirmation that the court’s jurisdiction applies to the territory in question. While Palestine is a signatory to the ICC, Israel – like its BFF, the United States – is not.

Also read: In 10 Points, What the ‘Israel Model’ Is and Why It’s Bad for India

Furthermore, the proposed investigation would look into not only allegations of Israeli war crimes but also Palestinian ones – a fact that has been studiously ignored in Israel’s typically apoplectic reaction to the ICC announcement. Israeli prime minister Benjamin Netanyahu sounded the good old antisemitism alarm, while branding the ICC’s move a “baseless and outrageous decision” and a “dark day for truth and justice.” Netanyahu’s rival Benny Gantz, former chief of the Israeli military, asserted that “the Israeli army is one of the most moral militaries in the world” and that “the Israeli army and State of Israel do not commit war crimes”.

The ICC examination of the “situation in Palestine” looks back only as far as June 13, 2014 and includes various allegations of war crimes during Israel’s summer 2014 Operation Protective Edge in the Gaza Strip. That particular foray killed some 2,251 Palestinians in a matter of fifty days, the majority of them civilians; 551 were children. Six Israeli civilians perished.

Additionally slated for maybe-investigation is the Israeli military’s brutal repression of Palestinian protesters participating in the Great March of Return, which began in 2018 and “reportedly resulted in the killing of over 200 individuals, including over 40 children, and the wounding of thousands of others.” In the ICC’s view, there’s also a “reasonable basis to believe that in the context of Israel’s occupation of the West Bank, including East Jerusalem, members of the Israeli authorities have committed war crimes… in relation, inter alia, to the transfer of Israeli civilians into the West Bank.”

In other words, this is a relatively tame judicial undertaking, considering that for the past seven-plus decades, the Israeli state has – in terms of massacres and territorial usurpation – essentially constituted one continuous war crime.

On December 27, the Jerusalem Post unfurled the abnormally rational-sounding opinion headline “To counter the ICC, Israel needs leadership that truly wants peace” – which remained rational-sounding for the fraction of a second it took to discover that the author of the intervention was none other than former Israeli prime minister Ehud Olmert, who presided over:

2. Israel’s 2006 operation in Gaza – codenamed “Summer Rain” – which left dead at least 240 Palestinians in two months, among them 48 children.

3. Israel’s 2008-9 operation in Gaza, which resulted in the deaths of some 1,400 Palestinians in three weeks, including more than three hundred children.

Talk about war crimes.In his rambling dispatch, Olmert contends that Bensouda’s actions are “based on wickedness, malice, deception and distortion, with a hint of anti-Israel sentiment.” He then admits that the state of Israel “has been controlling the lives of millions of Palestinians for more than 50 years, and there’s no doubt that the Palestinians are not given equal rights or national recognition in the land where they are the majority.”

But still, “the side responsible for thwarting a peace agreement was indisputably the Palestinians”.

But, then, “there is no denying that in the last 10 years, Israel has been the recalcitrant, aggressive party that lacks flexibility, and this is [the] main reason that not only was a peace agreement never reached, but initial discussions never even got underway”. But “only if the Palestinians are prepared to take the far-reaching political steps necessary to establish a productive and functioning society, will there be any chance for achieving peace between Israel and the Palestinians”.

And so on and so forth – the only definitive takeaway being that Ehud Olmert should not be permitted to write opinion pieces if he does not know what his opinion is.

Another Jerusalem Post opinion piece published the same day – “Refusing to play the Palestinians’ ICC game” – is rather more secure in its convictions. In it, one Nitsana Darshan-Leitner rails on about how “the ICC and the threat of war crimes investigations is merely the PLO’s latest version of [late PLO chairman Yasser] Arafat’s [olive] branch-and-pistol diplomacy.” And it’s only happening because “Bensouda was tired of pursuing African dictators and brutal tribal leaders, and wanted to show that the ICC was a court with a truly international reach.” So there was “nothing sexier” for her than Israel-Palestine.

Darshan-Leitner’s bio identifies her as an “Israeli civil rights attorney and president of the Shurat HaDin Law Center” – the institution that has been known to offer such excursions as the “Ultimate Mission to Israel,” in which persons with a great deal of excess money can do exciting things like attend a “trial of Hamas terrorists” in an Israeli military court.

As for what the “law” has to do with a country that has placed itself unquestionably above it, perhaps the ICC’s far-from-perfect pursuit of “justice” will at least highlight Israel’s abhorrence of that very concept.

Belén Fernández is the author of The Imperial Messenger: Thomas Friedman at Work, Marytrs Never Die: Travels through South Lebanon, and, most recently, Exile: Rejecting America and Finding the World. She is a contributing editor at Jacobin.