UN Condemns Israel's Use Of Force Against Palestinian Protestors

More than 120 Palestinians have been killed by Israeli forces in Gaza border protests since March 30. 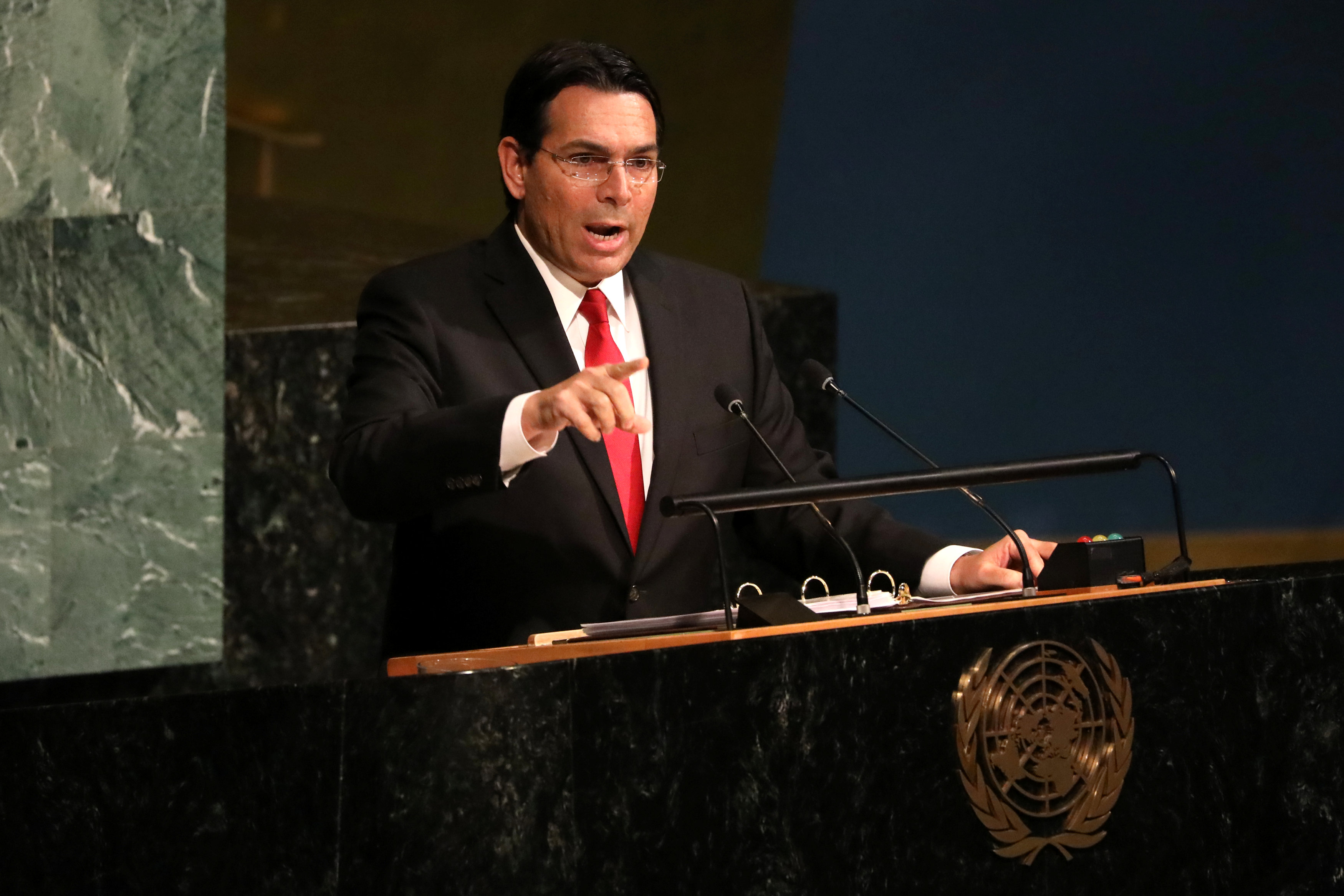 Israeli Ambassador to the United Nations Danny Danon addresses a United Nations General Assembly meeting ahead of a vote on a draft resolution that would deplore the use of excessive force by Israeli troops against Palestinian civilians at UN headquarters in New York, US, June 13, 2018. Credit: Reuters/Mike Segar

The General Assembly text condemned the firing of rockets from Gaza into Israeli civilian areas but did not mention Hamas, the Islamist group that controls Gaza. General Assembly resolutions are not legally binding but carry political weight.

“The nature of this resolution clearly demonstrates that politics is driving the day. It is totally one-sided. It makes not one mention of the Hamas terrorists who routinely initiate the violence in Gaza,” US ambassador to the United Nations Nikki Haley told the General Assembly before the vote.

The US failed in a bid to amend the resolution with a paragraph that would have condemned violence by Hamas.

Australia, the Marshall Islands, Micronesia, Nauru, Solomon Islands and Togo joined Israel and the US in voting against the resolution.

More than 120 Palestinians have been killed by Israeli forces in Gaza border protests since March 30. The largest number of deaths occurred on May 14, the day the US moved its embassy in Israel to Jerusalem from Tel Aviv.

Amid international condemnation of its use of lethal force, Israel said many of the dead were militants and that the Israeli army was repelling attacks on the border fence between Israel and Gaza. Washington has maintained Israel’s right to defend itself and refrained from joining calls for Israeli restraint.

Palestinians and their supporters said most protesters were unarmed civilians and Israel used excessive force against them.

“We need protection of our civilian population,” Palestinian UN envoy Riyad Mansour told the General Assembly before the vote, adding that the resolution was “intended to contribute to a de-escalation of the volatile situation.”

“We cannot remain silent in the face of the most violent crimes and human rights violations being systematically perpetrated against our people,” Mansour said.

The resolution asked Guterres to report back within 60 days on proposals “on ways and means for ensuring the safety, protection and well-being of the Palestinian civilian population under Israeli occupation, including … recommendations regarding an international protection mechanism.”

In December, 128 countries defied President Donald Trump and voted in favour of a UN General Assembly resolution calling for the US to drop its recognition of Jerusalem as Israel’s capital.