Since Saddam Hussein was toppled in a 2003 US-led invasion, power has been shared among Iraq's three largest ethnic-sectarian components. 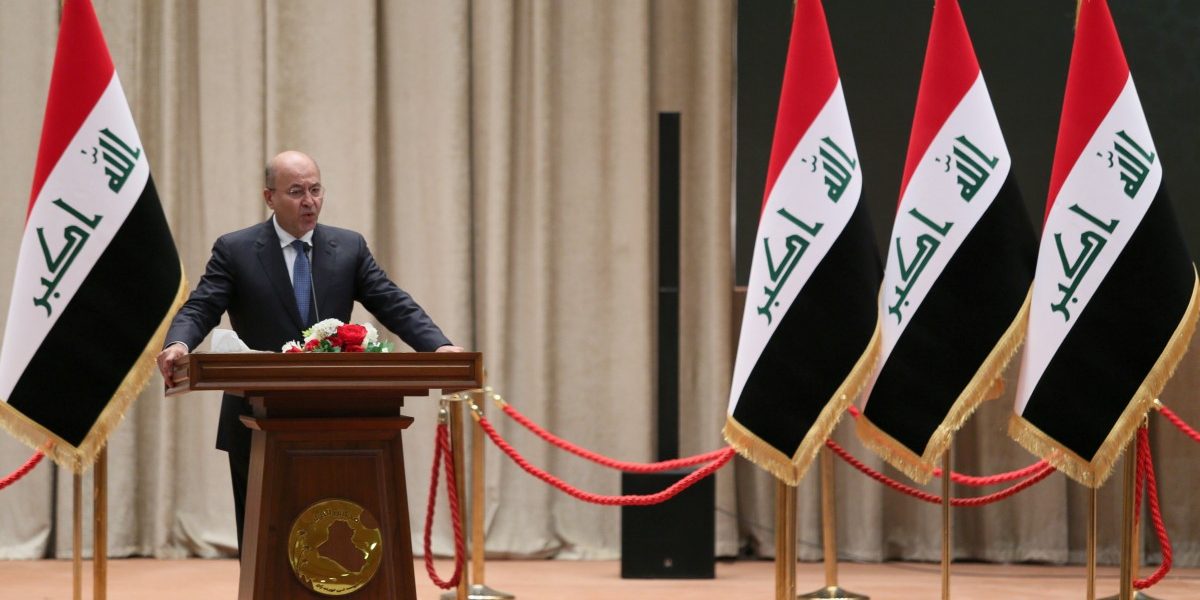 The presidency, traditionally occupied by a Kurd, is a largely ceremonial position, but the vote for Salih was a key step toward forming a new government, which politicians have failed to do since the election.

Under Iraq‘s constitution, Salih – a 58-year-old, British-educated engineer who has held office in both the Iraqi federal and Kurdish regional governments – had 15 days to invite the nominee of the largest parliamentary bloc to form a government. He chose to do so less than two hours after his election.

Since Saddam Hussein was toppled in a 2003 US-led invasion, power has been shared among Iraq’s three largest ethnic-sectarian components.

The most powerful post, that of the prime minister, has traditionally been held by a Shi’ite Arab, the speaker of parliament by a Sunni Arab and the presidency by a Kurd.

A former vice president, oil minister and finance minister, Abdul Mahdi now has 30 days to form a cabinet and present it to parliament for approval.

He faces the daunting tasks of rebuilding much of the country after four years of war with ISIS militants, healing its ethnic and sectarian tensions, and balancing foreign relations with Iraq’s two major allies – Iran and its arch-foe the US.

Abdul Mahdi, 76, is a trained economist who left Iraq in 1969 for exile in France, where he worked for think-tanks and edited magazines in French and Arabic. He is the son of a respected Shi’ite cleric who was a minister in the era of Iraq‘s monarchy, overthrown in 1958.

He will become the first elected prime minister in post-Saddam Iraq not to hail from the Shi’ite Islamist Dawa party.

Both blocs claim to hold a parliamentary majority but the dispute has been rendered irrelevant by their choice of the same man to be premier. 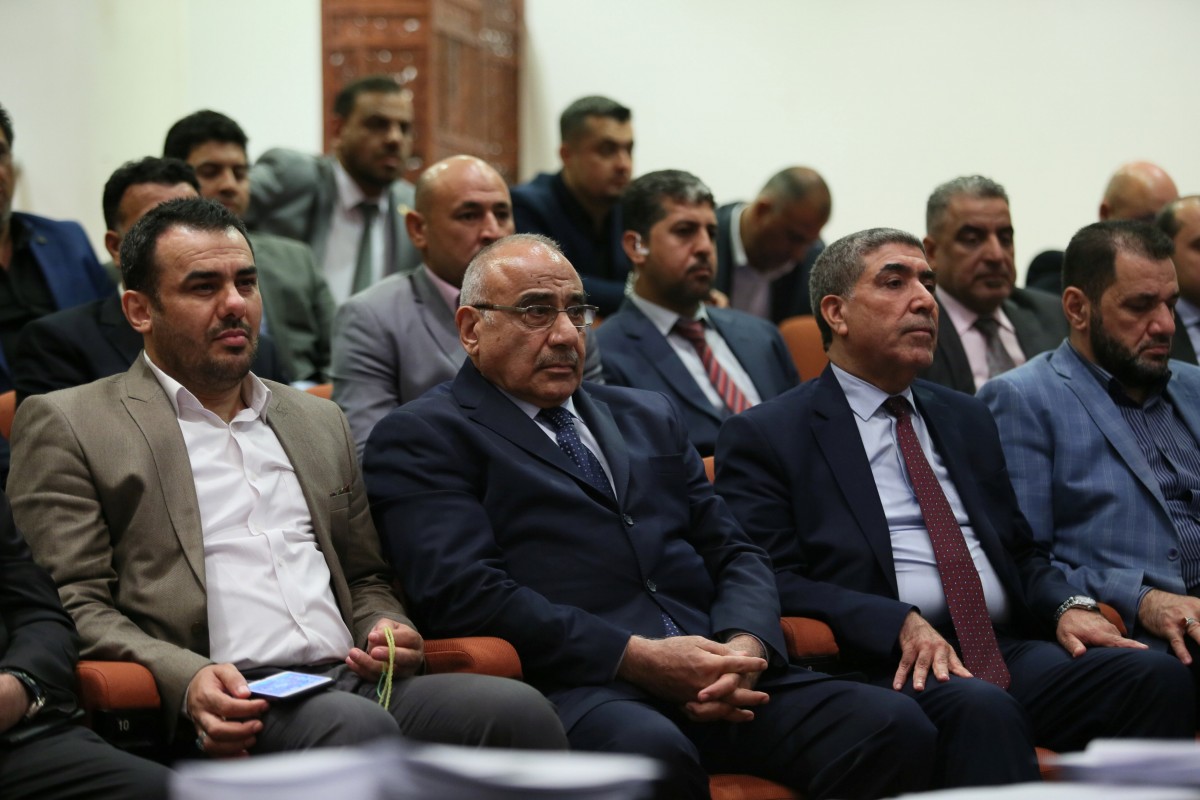 “The nomination of Mr Adel Abdul Mahdi came after an agreement between the Binaa bloc and the Islah bloc to nominate him via consensus and not a majority bloc in order to get past the issue of which is the majority bloc,” said Ahmed al-Asadi, a spokesman for the Binaa bloc led by Amiri and Maliki.

Ameri and Maliki are Iran’s two most prominent allies in Iraq. Abadi was seen as the preferred candidate of the US, while Sadr portrays himself as a nationalist who rejects both American and Iranian influence.

The rival claims to a parliamentary majority and uncertainty over the composition of the new government had raised tensions at a time when public impatience is growing over poor basic services, high unemployment and the slow pace of rebuilding after the war with ISIS.

Sadr’s bloc welcomed Abdul Mahdi’s nomination. The cleric earlier on Tuesday tweeted that “Iraqis bigger than the biggest bloc,” a likely reference to the compromise.

“Abdul Mahdi’s nomination represents the best choice to pleasing all the Shi’ite players who were about to reach a point of conflict and no return,” said Baghdad-based political analyst Ahmed Younis.

“All the Shiite blocs reached the conclusion that their divisions could lead to an intra-Shi’ite conflict which would weaken their position in Iraqi,” he said. “Now with Abdul Mahdi, there are no winners and losers, everyone is happy.”

The presidency was fiercely contested between Iraqi Kurdistan’s two main parties – the Patriotic Union of Kurdistan (PUK), which nominated Salih, and its traditional rival, the Kurdistan Democratic Party (KDP).

Salih’s election raises concerns of destabilisation in the semi-autonomous Kurdistan Region because of escalating tensions between the KDP and PUK, who fought a civil war in the 1990s.

The KDP and PUK were unable to iron out differences and agree on one candidate as they have traditionally done. They competed in a parliamentary election in their semi-autonomous region in northern Iraq on Sunday. Allegations of fraud have created tensions. Results have not been announced.

“I promise to safeguard Iraq‘s unity and safety,” Salih said as he was sworn in, affirming his commitment to the country’s unity a year after Kurds overwhelmingly backed a failed independence bid.

He was the preferred candidate of most lawmakers because of his perceived softer stance on the thorny issue of Kurdish independence.

His opponent had served as the longtime chief of staff to former Kurdistan Region President and KDP leader Masoud Barzani, who ushered in the referendum on independence last year.

Barzani had struck alliances with several heads of major political blocs in parliament but they were unable to whip the votes for his candidate.

Salih’s election marked the first time in modern Iraqi politics that one of the three top posts was selected without a backroom deal.

“Even though the heads of political blocs wanted to reach a backroom deal rather than leave it up to a vote, they couldn’t control their own MPs,” said Renad Mansour, a research fellow at Chatham House. “MPs voted for the candidate they thought was most qualified and was most in favour of a united Iraq.”