Iran Toughens Opposition to Bilateral Talks With the US

Rouhani threatened to step back from the 2015 nuclear deal if the US does not lift sanctions. 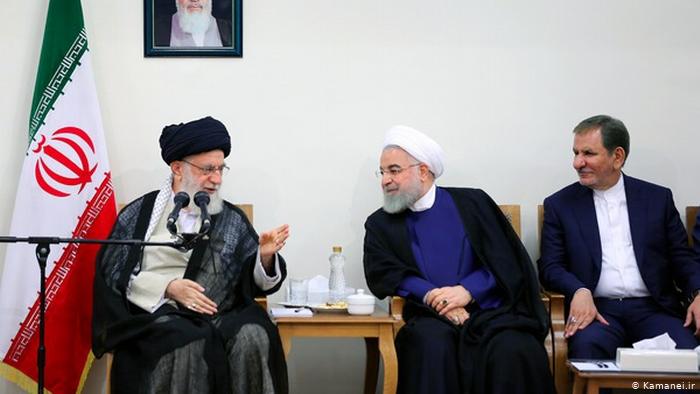 Ali Khamenei, the Supreme Leader of Iran, says that the country will leave the nuclear deal over national interests. Photo: DW

Iran: Iran President Hassan Rouhani said the country would not enter talks with the US, appearing to harden Tehran’s stance on bilateral negotiations. He also said that the Islamic republic was opposed to the idea of bilateral talks in principle after US President Donald Trump suggested a meeting.

The comments followed a remark made by an Iranian government spokesman on Monday which appeared to suggest that Tehran might be open to talks if it were in the national interest.

Previously, Iran had said talks might take place if the US withdrew sanctions that it imposed since withdrawing from the 2015 nuclear accord. Rouhani said that the talks could take place if the US lifted sanctions, but only alongside other signatories of the 2015 nuclear deal – the so-called 5+1 powers. “If the United States lifts all sanctions, it would be possible to talk during 5+1 meetings as in the past,” he said.

Tensions between Tehran and Washington have been on the edge since May last year when Trump unilaterally withdrew the US from the nuclear accord and began to reimpose crippling sanctions. Both Germany and France have called for bilateral talks to take place.

Rouhani said that Germany, the UK and France – which alongside China and Russia remain committed to the deal – had failed to deliver on their promises. US sanctions have affected payments to Iran through the banking system, and European signatories have yet to establish a viable alternative system of trading.

He also said that if the situation was not resolved then Tehran might step away from the nuclear deal within days, having twice already scaled back its commitments. “If Europeans can purchase or pre-purchase our oil and we can have access to our money, that will ease the situation and we can fully implement the deal… otherwise we will take our third step,” he said.

Iran has already increased its stockpile of heavy water – which can be used to produce plutonium – and the level of its enrichment of uranium beyond the limits of the agreement. 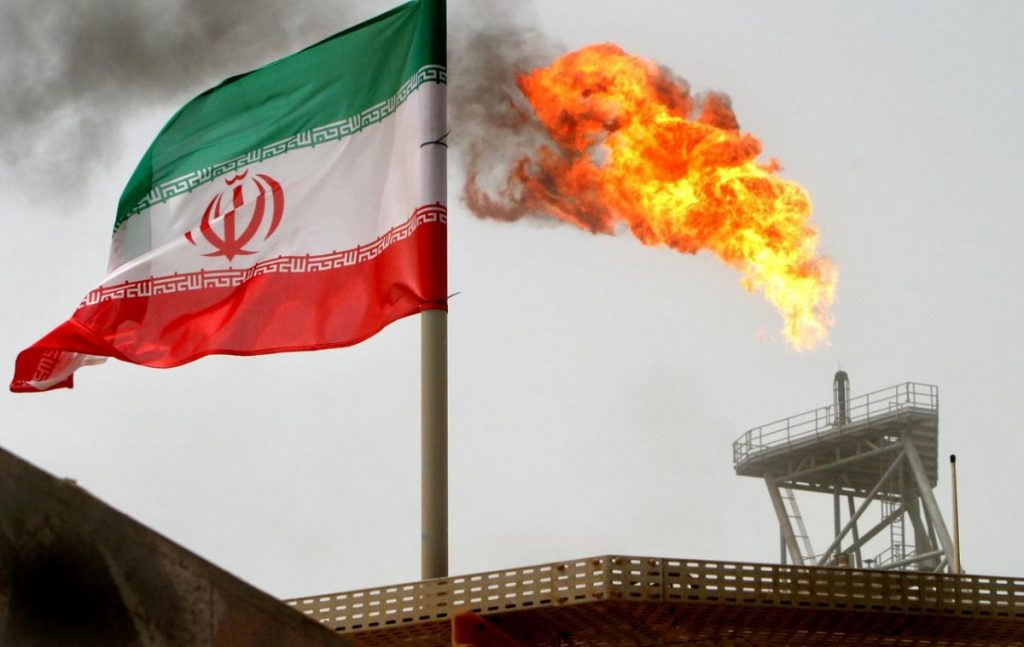 Meanwhile, the AP news agency reported that an Iranian oil tanker pursued by the US has turned off its tracking beacon, leading to renewed speculation that it is on its way to Syria.

The Adrian Darya 1, formerly known as the Grace 1, turned its Automatic Identification System off on Monday night. The ship has been zigzagging the eastern Mediterranean since it was released from the British overseas territory of Gibraltar on August 18. It had been there for six weeks, amid suspicion that it was on its way to deliver oil to Tehran’s ally Damascus.

The US on Friday threatened sanctions against “anyone providing support to the Adrian Darya 1”, the Iranian oil tanker that has raised tensions between Tehran and the West.