Iran Rolls Back Pledges Under Nuclear Pact Abandoned by Washington

Washington's European allies have tried to blunt the impact of the new US sanctions, but their efforts have largely failed, with all major European companies abandoning plans to do business with Iran fearing US punishment. 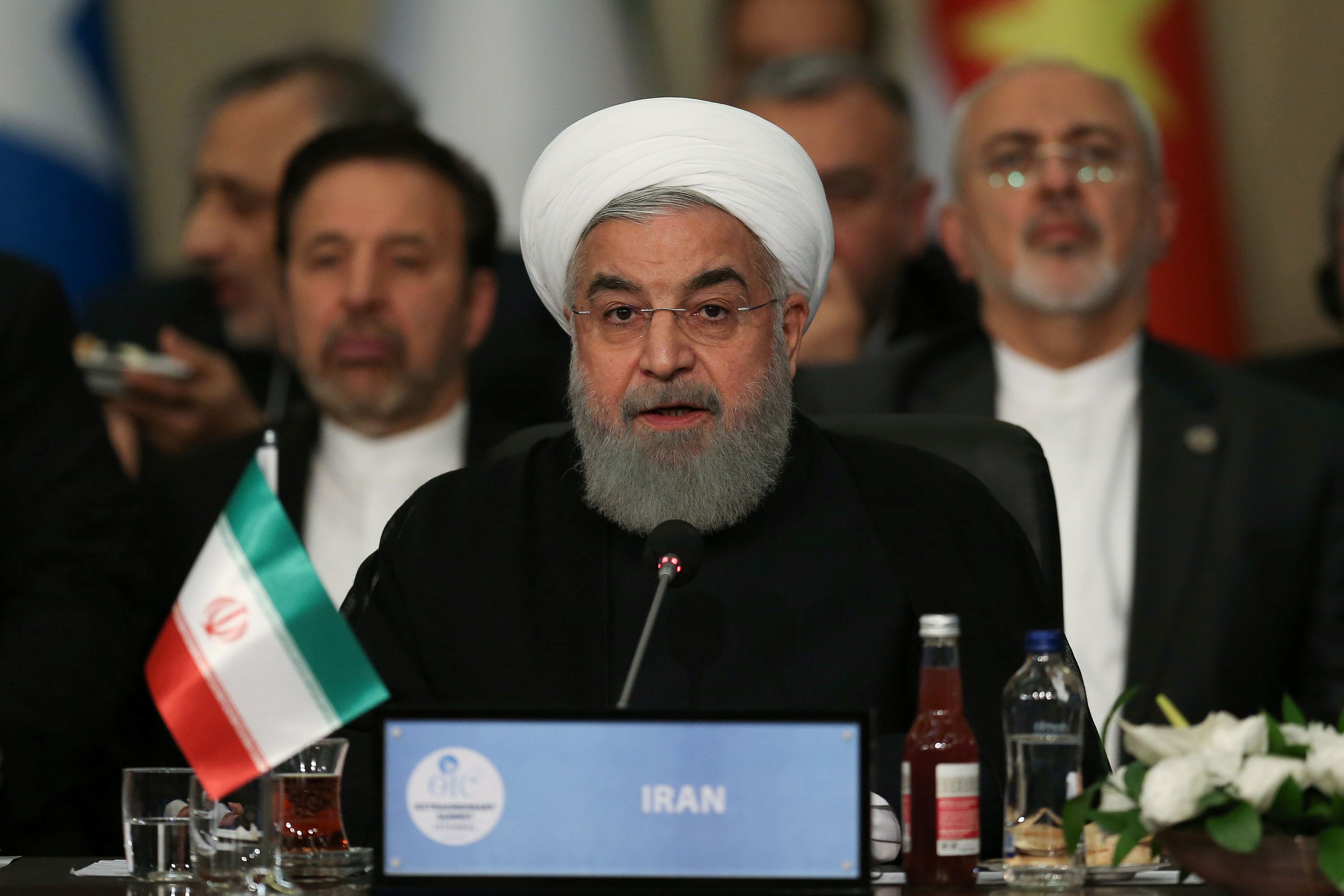 London: Iran announced on Wednesday it was scaling back curbs to its nuclear programme under a 2015 deal with world powers, and threatened to do more – including enriching uranium to a higher level – if countries did not shield it from US sanctions.

A year after Washington pulled out of the nuclear deal, President Hassan Rouhani unveiled measures that do not appear to violate its terms yet, but could do so in the future if Iran were to persist on the course he set out.

Rouhani said Tehran would halt sales of excess enriched uranium and heavy water to other countries. Such sales, used to keep Iran‘s own stockpiles below caps under the deal, were already effectively blocked by a US sanctions move last week.

And he threatened that in 60 days Iran would resume enrichment of uranium beyond the low level permitted under the deal, unless the five other powers signed up to it found a way to protect Iran‘s oil and banking industries from US sanctions.

“If the five countries came to the negotiating table and we reached an agreement, and if they could protect our interests in the oil and banking sectors, we will go back to square one,” Rouhani said.

“The Iranian people and the world should know that today is not the end of the JCPOA (Joint Comprehensive Plan of Action),” he said, using the acronym for the nuclear deal. “These are actions in line with the JCPOA.”

The 2015 deal was signed between Iran, the United States, Russia, China, Britain, France and Germany. Iran agreed to curbs on its nuclear programme in return for the lifting of sanctions.

Washington‘s European allies opposed President Donald Trump’s decision to pull out and have tried to find ways to blunt the impact of new US sanctions, in the hope of persuading Tehran to continue to abide by it.

However, their efforts have largely failed, with all major European companies abandoning plans to do business with Iran in fear of US punishment.

Also Read: The US-Iran Conflict Is Heading Towards a Point of No Return

France’s defence minister said she wanted to keep the deal alive, and Iran could face more sanctions if it did not honour it – “Today nothing would be worse than Iran, itself, leaving this agreement,” Florence Parly told BFM TV.

The Kremlin blamed Washington for provoking Iran‘s move. Spokesman Dmitry Peskov said President Vladimir Putin had predicted consequences from the “unthought-out steps” of US withdrawal. “Now we are seeing those consequences”.

China said that the agreement should be implemented and called on all sides to avoid an escalation of tensions.

The weeks leading up to the anniversary of Trump’s withdrawal from the agreement have seen a sharp tightening of US sanctions and an increase in tensions on other fronts.

From this month, Washington has effectively ordered countries around the world to stop buying any Iranian oil or face sanctions of their own. It has revoked waivers that had allowed some countries to continue buying Iranian oil and it aims to reduce Iranian crude exports to zero.

Washington has also blacklisted Iran‘s Revolutionary Guards force as a terrorist organisation and Iran responded with threats to close the Gulf’s strait of Hormuz if its ships were blocked there.

Washington announced the deployment of an aircraft carrier to the Gulf to counter what it says are Iranian threats. Tehran says the USS Abraham Lincoln is replacing another carrier that had already left the area under a scheduled rotation and calls the announcement “psychological warfare” based on old news.

The looming total ban on oil sales is likely to sharply increase the economic hardship for Iran‘s 80 million people. Finding a response is the biggest test yet for Rouhani, a pragmatist who has faced strong opposition from the hardline faction of Iran‘s leadership throughout his six years in office.

The nuclear deal was the flagship policy of Rouhani, who won two landslide elections on promises to end Iran‘s isolation and open its economy up to the world. The ultimate authority in Iran is in the hands of Supreme Leader Ali Khamenei, a cleric in power since 1989, who signed off on the nuclear deal but remains close to the hardline faction that challenges Rouhani.

Washington‘s European allies say Trump’s repudiation of the deal hurts the pragmatic wing of Iran‘s leadership and plays into the hands of hardliners. It means ordinary Iranians see no economic benefits from Rouhani’s efforts to open the country.

The Trump administration argues that the deal, negotiated by his predecessor Barack Obama, was flawed because it is not permanent, does not address Iran‘s missile programme and does not punish Iran for meddling in the affairs of other countries.

Trump’s hard line is backed by Israel and Washington‘s Gulf Arab allies, such as Saudi Arabia and the United Arab Emirates, which see Iran as a foe and which gain leverage over global oil prices by keeping Iranian crude off the market.

Iranian foreign minister Mohammad Javad Zarif tweeted: “After a year of patience, Iran stops measures that the US has made impossible to continue.” Zarif said the remaining countries had a “narrowing window” to save the deal.