In the Middle of a Pandemic, Iran Dials Up Persecution of Its Baha'i Citizens

In recent weeks, at least 71 individuals across the country have been arrested, summoned to court, tried, sentenced to jail or imprisoned – solely for their beliefs. 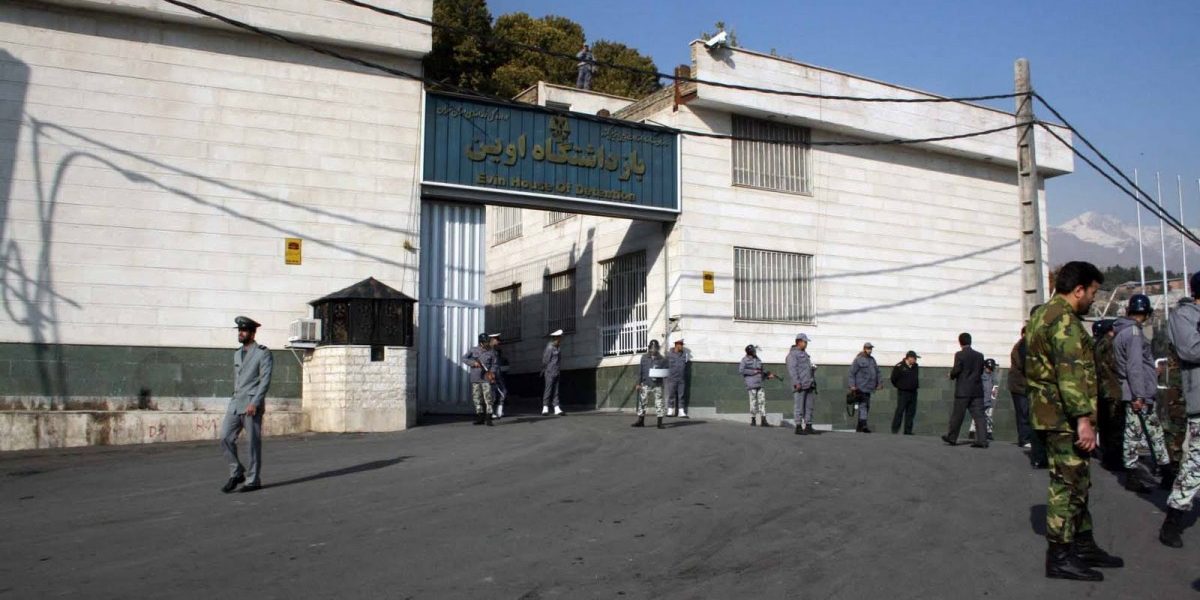 Evin Prison in Tehran has held many members of religious minorities including members of the Baha'i faith over the years. Photo: Wikipedia/CC BY-SA 2.0

New Delhi: Even as the pandemic has yet to release its death grip on the world, the persecution of the Baha’is, a religious minority, has been dialled up in Iran this month with at least 71 individuals across the country being arrested, summoned to court, tried, sentenced to jail or imprisoned – solely for their beliefs.

The Baha’is have long faced persecution in countries like Iran, Yemen, Egypt and Afghanistan over their beliefs. This latest round of prison sentences, incarcerations and a media campaign of hatred comes at the heels of a court official threatening to “uproot” the Baha’is in the city of Shiraz during a recent hearing held for a group of Baha’is. The court then proceeded to sentence the Baha’is on trial to one to 13 years in prison.

In fact, in recent weeks, 40 Baha’is in Shiraz, whose cases were pending for months, have been summoned to court, representing an unprecedented number of court summons against Baha’is in a single city in recent years.

“Such an outrageous statement by an official is an obvious demonstration of the religious bigotry and prejudice that the Baha’is in Iran face. It is also clear evidence of the injustice against the Baha’is within the judicial system and the authorities’ true motivation,” said Bani Dugal, principal representative of the Baha’i International Community to the United Nations in New York.

Also read: With a Mass Trial, the Persecution of Baha’is in Yemen Continues Unabated

“Not only does it show the absence of the rule of law and the severe discrimination with which the Baha’i’s are treated in Iran’s justice system, its purpose is to intimidate the Baha’is, placing heavy psychological pressures on those directly targeted, as well as their families and all Baha’is in Iran,” she said.

Not just in Shiraz, Baha’is in Birjand, Yazd, Karaj, Ghaemshahr, Kermanshah and Isfahan have also been arrested, summoned to court, tried, sentenced to jail or imprisoned solely for their beliefs in recent weeks. According to Iran Press Watch, these arrests are taking place “while there have been several cases of COVID-19 contagions, and even deaths from the virus in various Iranian prisons including Qarchak Prison, Urmia Central Prison, Sheiban Prison, Tehran’s Evin Prison, the Greater Tehran Penitentiary, and Mashhad’s Vakilabad Prison in northeastern Iran”.

Among the Baha’is sentenced in Birjand is an elderly man whose age puts his health at great risk if he is imprisoned. Some individuals, who were taking care of family members when summoned to court, were forced to travel on public transportation during the widespread lockdowns. Another couple who have been sentenced to prison have a daughter who has cancer, leading to deep concern for her care should they be imprisoned.

“The recent incidents have placed great pressures on hundreds of families,” said Dugal. “Subjecting them to the constant threat of imprisonment under these circumstances and emotional anguish associated with it is yet another attempt to place greater strain on the community. And to do all this during a health crisis, at an alarmingly escalated rate without any justification whatsoever, is extremely cruel and outrageous.”

Iran’s state-affiliated media have also stepped up the public defamation of the Baha’is through an increasingly coordinated spread of disinformation, a press release from the Baha’i International Community says. Television channels, newspapers, radio stations and social media have been saturated with articles and videos denigrating Baha’i beliefs.

In all, more than 3,000 articles of anti-Baha’i propaganda were recorded by the Baha’i International Community so far this year, the figures doubling from January to April.

There are an estimated 350,000 adherents of the Baha’i faith in Iran, according to July 2019 UN special rapporteur to Iran, Javaid Rehman, making it the country’s biggest religious minority.

Baha’is interviewed by the UN “described a variety of violations that they had been subjected to, including the closure of shops; the firebombing of homes; arbitrary arrest; torture and other ill treatment whilst in detention; and discrimination whilst studying at university,” according to Rehman’s report.

More than 200 Baha’is have also reportedly been executed since the 1979 Islamic Revolution for reasons related to their religion. While the religion started in Iran, it has rapidly expanded since its founding. It has an estimated five million to seven million followers worldwide, with a large concentration in India and the US.

“Threatening to ‘uproot a community’, trying its members en masse, re-incarcerating them during a pandemic, and spreading hateful propaganda against them is a shocking and profoundly troubling development,” said Dugal.

“How can Iran’s government honour its sacred duty to the wellbeing of its people if it aims to uproot a community of law-abiding citizens? The Baha’is targeted in these incidents, and indeed all Baha’is facing discrimination, are innocent and must be free of religious persecution,” she said.

The removal of the “other religions” option from national identity card application forms dealt another blow to the Baha’i minority in Iran in January 2020.

Despite the level persecution of persecution the minority community faces, Bahai’s are forbidden by their faith to lie about their religion. This means that the new identity card application prevents them from applying for and obtaining official identification, as they cannot claim affiliation to one of the three legally recognised minority religions.

Not being able to procure a national identity card compounds the problems of the community – without it, they are unable to obtain credit cards, driver’s licenses, passports and other official documentation.

Who are the Baha’is?

One reason clerics in Iran have targeted the group with such zeal is the fact devout Muslims see the Baha’i faith as heresy and an insult to the teachings of Islam. The religion started in 1844 in the southern city of Shiraz when a man named Bab announced the coming of a messenger of god. In 1863, one of Bab’s followers named Baha’ullah declared himself to be the messenger and began preaching a message of unity among faiths. His followers were attacked and he spent years in exile, dying in the city of Acre, in what was then Palestine, in 1892.

During most of the 20th century, the monarchs ruling Iran tolerated Baha’is, though there were periodic arrests and attacks against members of the community, according to historians.

After the Islamic Revolution, the group was targeted again. While Jews and Christians were recognised as religious minorities under the new constitution, the Baha’is were not. Hundreds of Baha’is were expelled from universities or had their businesses attacked or their properties confiscated.