If elected from Queens in New York, immigration champion Catalina Cruz will become the first Dreamer to have run and be elected into office in the State. 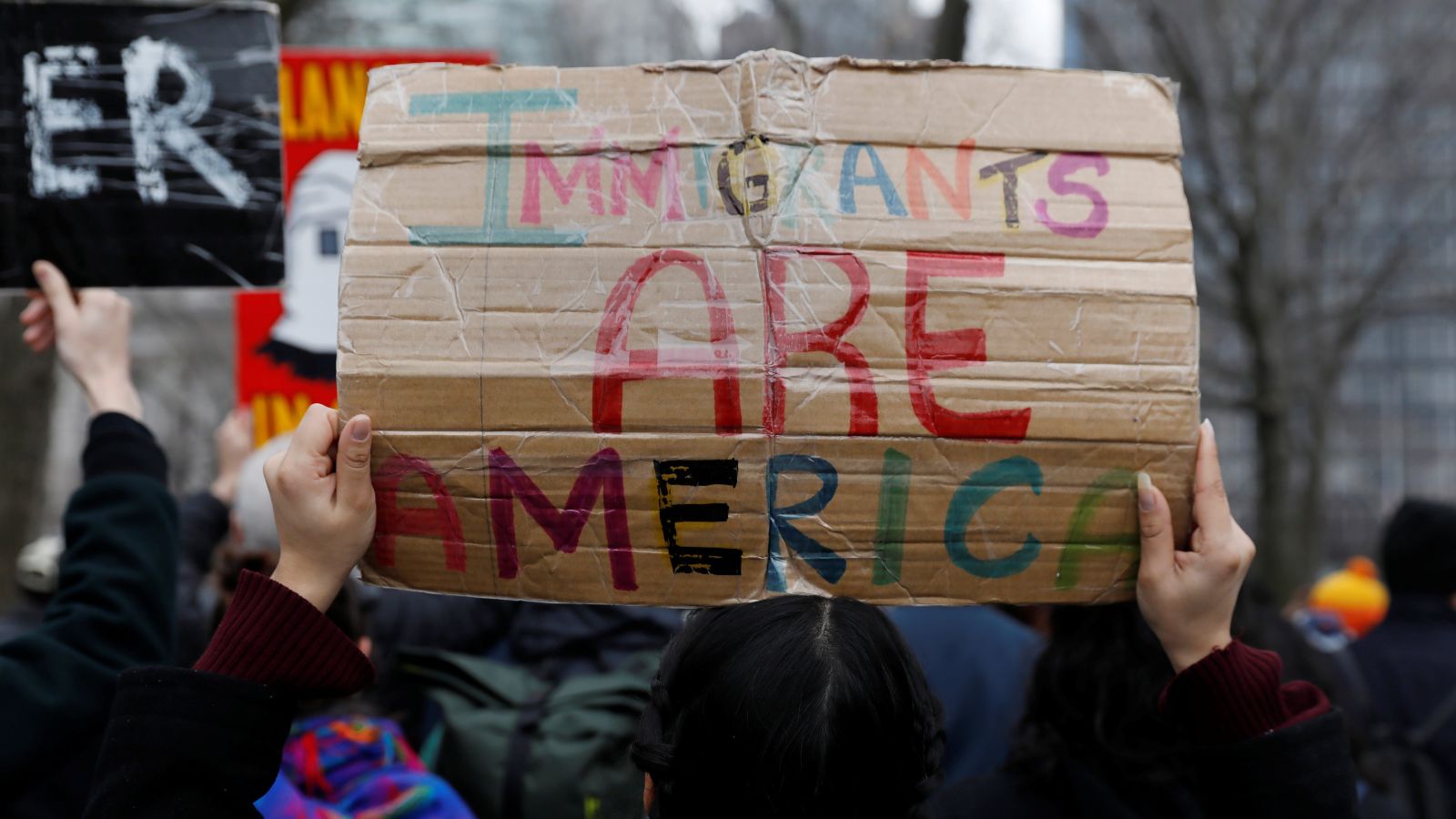 Activists and DACA recipients march up Broadway during the start of their 'Walk to Stay Home,' a five-day 250-mile walk from New York to Washington DC. Credit: Reuters/Shannon Stapleton 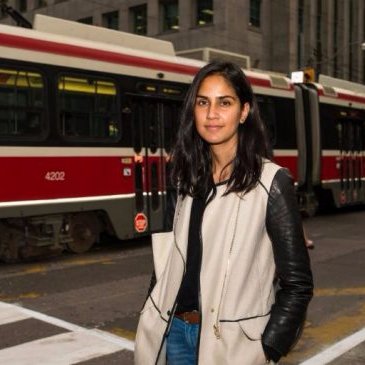 New York: In the United States, Dreamers are children who benefited from the Dream Act (short for Development, Relief and Education for Alien Minors Act), introduced in the Senate first in 2001, that granted legal protections to the children of undocumented individuals. Many believe that the immigration system in the US is broken due to the intimidatingly long wait times (it takes as many up to 15-20 years to get citizenship) and barriers to applying (cost, employment etc.) As a result, many seeking refuge, or those fleeing persecution, choose to enter the US without documentation, leaving them – an estimated 11.3 million individuals – in a very precarious position.

This number also includes individuals who entered the country with temporary status i.e. a tourist visa or short-term work permit and who remained after their permit expired. They try to stay under the radar, often not even getting medical help when required in case they are asked to show documentation. Failure to comply can bring them to the notice of ICE (US Customs and Immigration Enforcement).

Just last fall, Trump revoked the Obama-era spouse-visa programme that left thousands of Indian women who followed their husbands for lucrative IT or business jobs unemployed and undocumented.

There are many myths around this community that perpetuate this stereotype that they are “a burden on the US”. The first is that they engage in more criminal activity than their American counterparts — something that the Marshall Project, a non-profit journalism organisation that reports on criminal justice, presented data against earlier this month. Second is that these communities cross the border easily and that there is a need for more law enforcement – or as the Trump Administration puts it “extreme vetting”. The assumption undergirding this policy is that immigration and entering the US has previously been “easy” and without barriers, which as the American Civil Liberties Union and other organisations have confirmed, is not true.

Catalina Cruz is the child of undocumented parents and is the first Dreamer ever to stand for a State seat. Her decision is more than symbolic – she wants to focus on many genuine problems dreamers and undocumented immigrants face, especially in the current environment.

Cruz is running for a state seat in New York State, where one of five residents is an immigrant and has a population of 750,000 undocumented individuals and 45,000 DACA recipients reside. If elected, she will be the first Dreamer to have run and be elected into office in the State. 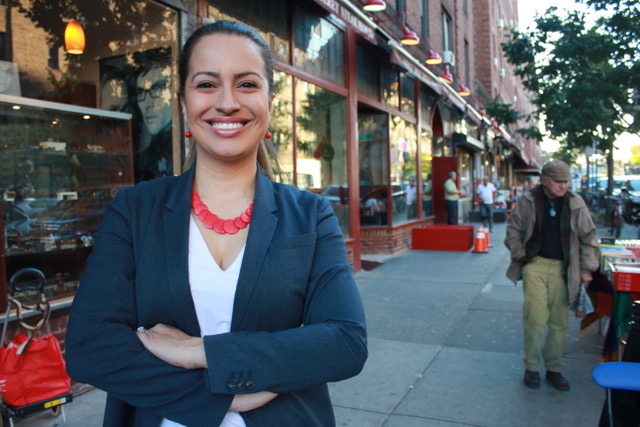 In the 17 years since the Dream Act was first passed, the Bush and Obama administrations worked hard to put forward legislation to grant these children citizenship, but those efforts failed. Yet, no hit to the Dream Act has been as forceful as Trump’s repeal of Deferred Action for Childhood Arrivals (DACA) in September 2017. With that repeal, children like Cruz — who entered the United States from Medellin, Colombia when she was nine — would be subject to deportation or detention.

The premise of both the Dream Act and legislation that falls under it, like DACA, is that children who were brought to the United States are not to blame for their parents’ illegal entrance into the country. Queens, the district Cruz is trying to secure a seat in, is also a community that boasts of a lot of residents from India and Pakistan. A study measuring the post-1965 migration of Indians to the United States estimated that 53% of the Indian population in America lived in Queens. This diversity and the lack of representation of it in elected office has spurred many to run including Cruz and Suraj Patel, running for Democratic Party candidate for Congress in New York City.

An attorney, Cruz spoke to The Wire about why she chose to run for the primary, which takes place on September 13, and what it means for a Dreamer to seek this role. Excerpts from the interview:

Why did you decide to run?

I’m an attorney and have been practicing for ten years. Growing up undocumented informed what I wanted to work on, as did seeing how my mother was treated at work. She first worked in housekeeping at a motel in Queens. Her access to jobs was obviously limited, but I also saw a lot of injustice seeing my mother work in precarious positions. One day, she was injured at work – she hurt her hand. She didn’t make a claim or even think she could, even though it was a workplace injury. Seeing that, I knew I wanted people to have a life that was better than the one we had, an easier life.

A lot of what I’ve worked on as a lawyer is on immigration cases, workplace cases for immigrants, tenants’ rights. Immigration affects all aspects of your life, from workplace safety to driving to access to certain jobs and education. The heart of why I do what I do is that I don’t want other families to go through what we did growing up.

The work you’re doing has become all the more urgent now.

Yes, I can’t even imagine what it’s like now. When I was growing up my status was precarious but also secret. We talked about it at home and nowhere else. No one I grew up with knew that we didn’t have papers, we just didn’t talk about it because we didn’t know who would bring it up, where they would bring it up – you never know who would call ICE. You didn’t want to put yourself in that jeopardy.

That was back then. Now, after 2016, I see the lives of other immigrants become more precarious and wanted to do something about it. In 2016, I saw Trump get elected. Symbolically, I think someone of my stature and my life experience running for office is just such a legislative middle finger to Trump and his agenda. It doesn’t get more anti-Trump.

When this seat fell open, why did you decide to contest?

I’d worked in a lot of different roles by then. I had worked with the Attorney General’s office, in the City Council, for the Governor. I had this experience. When the opportunity came up, I had already been building towards this and people knew I had been working on these issues. When the seat opened up, it was like the political stars had aligned. It was the perfect time for someone with my history, with my career and accomplishments. I felt like if I waited, I wouldn’t be able to forgive myself for not doing this for my community, but also I didn’t know whether this opportunity would come up in the next five-ten years. It was politically strategic. I also think that people have seen me fighting this fight for justice for immigrant communities in different roles around Queens for so long. The only difference is now not doing it as an agent for the government but as a representative of the community at a higher level.

According to the US Census Bureau, Queens is one of the most diverse counties in the US with 132 languages spoken and the second highest proportion of foreign-born residents. How was it growing up in Queens, was there a lot of solidarity and community around immigrants and undocumented people?

Nobody knew that I was undocumented when I was growing up. We never spoke about it. Some of my friends knew that I grew up in poverty but most did not. I did have one cheerleader though, she was one of my friend’s moms, Marilyn, she was a retired corrections officer. She was one of my biggest cheerleaders, encouraging me to apply to college and made sure I went to college and got involved.

When I decided to run, she was one of the first people I told. I bring this up because I think Queens, growing up where I did, allowed me to build my own version of a coalition. Marilyn and I connected not because of our shared race, or income, or status – she’s African American, I’m Latina; she’s middle-class, I was low income; and she’s a citizen. We were brought together because she believed in me, she saw the drive, and I think that’s true of most people in Queens – people share the love and give support to one other.

Who is supporting you? Who is joining your campaign and talking to you when you’re out stumping?

So when I’m walking down the street, people have started to recognise me and it’s in the unlikeliest of places. First, people in the community know me as an agent of the government so now they’re seeing me fight for the same sort of justice in a new light. I think young people, especially women, are excited and showing up at fundraisers. I had a mother come up to me with her five-year-old daughter telling me she brought her to my fundraiser because she wanted her to grow up seeing strong women running for office. I had a 16-year-old come up to me to say that her mother and friends had told her about me and she wanted to know how she could help. So a lot of everyday people but also a lot of young people and women excited and I’m excited to see them.

I’ll end with my favourite story. I was at the butcher’s office and the woman in front of me turned around and said “You’re Catalina Cruz. I saw you on Univision.” She stops and turns to my mother, and says “Congratulations, you must be proud. Thanks for lending her to us.”

Apart from immigration, what do you see as the primary concerns in your district and the state? What are you going to get started on on day one?

Immigration is inextricably tied to all issues that people face, and if your status is precarious it affects whether you have access to basic rights.

First, ensuring that the Dream Act finally gets passed. It needs to be a package to ensure that the state is an actual sanctuary. That means, to me, drivers licenses for all, investment in education and English as a second language resources for new immigrants. We also need to legislate a way for state officials not to hand over immigrant’s information. (For context, in New York State, many of whom get caught and detained because of improper status or immigration papers, do so while driving and when asked by police to show their drivers license.)

Second, fix major issues with the transit agency in the State. For many immigrants who are on hourly waged jobs, an unreliable system leaves you one train delay away from losing your job and livelihood. I also want to focus on affordable housing, school overcrowding, and healthcare.

Aliya Bhatia is a graduate student at the School of International and Public Affairs, Columbia University. She tweets at @AliyaBhatia.