The shooter reportedly got into an argument with the victims in a racist tone, and shouted "get out of my country" and "terrorist" before shooting them. 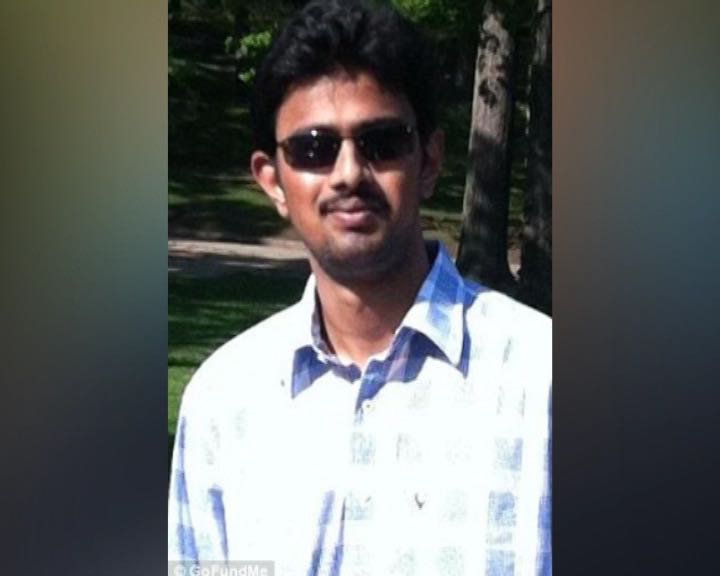 Houston/Washington: An Indian engineer was killed and two others were injured after an American man yelling “get out of my country” opened fire on them in a crowded bar in Kansas City in an apparent hate crime incident.

Srinivas Kuchibhotla (32), who was working at GPS-maker Garmin headquarters in Olathe, was killed while another Indian man and his colleague Alok Madasani was critically injured after a 51-year-old navy veteran started shooting and hurling racial slurs following an altercation on Wednesday night.

A third person, an American man identified as Ian Grillot who tried to intervene also received injuries in the firing in Austins Bar and Grill in Olathe.

The shooter, Adam Purinton, reportedly got into an argument with the victims in a racist tone, and shouted “get out of my country” and “terrorist” before shooting them.

The shooter reportedly provoked them into an argument asking their presence and work in his country, and how they were better than him.

According to the police, Purinton left the bar after the argument and then returned with a gun and shot the three men while patrons were watching the University of Kansas-TCU basketball game on television in the bar.

The shooter was arrested on Thursday morning, five hours after the incident and charged with murder and attempted murder.

Authorities declined at a news conference to say whether the shooting was a hate crime although local police said they were working with the FBI to investigate the case.

“It was a tragic and senseless act of violence,” Olathe police chief Steven Menke told reporters.

In New Delhi, external affairs minister Sushma Swaraj expressed shock over the incident and said that two Indian embassy officials have been rushed to Kansas to render all possible assistance.

“I am shocked at the shooting incident in Kansas in which Srinivas Kuchibhotla has been killed. My heartfelt condolences to bereaved family,” she tweeted.

“I have spoken to Indian ambassador in US Mr Navtej Sarna. He informed me that two Indian embassy officials have rushed to Kansas,” she said.

External affairs ministry spokesperson Vikas Swarup said Kuchibhotla and Madasani hailed from Hyderabad and Warangal, and were working at Garmin in Olathe (Kansas).

“The Indian embassy officials will meet the injured and facilitate in bringing the mortal remains of the deceased and will be in touch with local police officials to ascertain more details of the incident and monitor follow up action. They will also meet the community members in Kansas,” Swarup said.

According to Garmin, Kuchibhotla and Madasani worked in the company’s aviation systems.

“We’re saddened that two Garmin associates were involved in Wednesday night’s incident, and we express our condolences to the family and friends of our co-workers involved. Garmin will have grievance counsellors on-site and available for its associates today and tomorrow,” Garmin said in a statement.