"Seventy-two percent of registered Indian American voters plan to vote for Biden and 22 percent intend to vote for Trump in the 2020 November election." 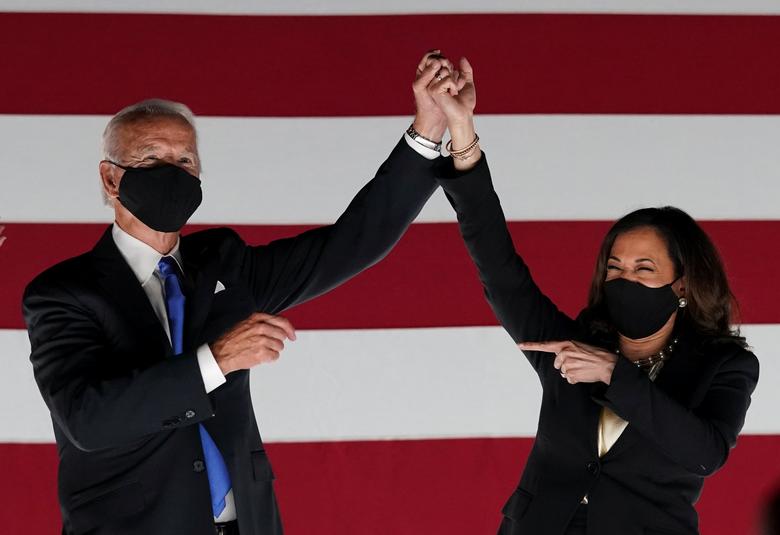 Democratic presidential candidate and former Vice President Joe Biden and Senator and vice presidential candidate Kamala Harris celebrate after Biden accepted the presidential nomination during the 4th and final night of the Democratic National Convention, as participants from across the country are hosted over video links from the originally planned site of the convention in Milwaukee, Wisconsin, August 20, 2020. Photo: Reuters/Kevin Lamarque

New Delhi: An online survey of 936 Indian-Americans has found that in the upcoming 2020 United States elections, the community is expected to largely remain behind the Democratic party. This survey, conducted by the Carnegie Endowment for International Peace and YouGov between September 1 and 20, 2020, has no found no evidence of rumours that the Indian diaspora has been shifting closer to the Republican party, particularly thanks to the affinities between Narendra Modi and Donald Trump.

“Seventy-two percent of registered Indian American voters plan to vote for Biden and 22 percent intend to vote for Trump in the 2020 November election,” the report says.

Another finding in the report is that US-India relations do not figure highly in Indian-Americans’ priorities when deciding who to vote for. “Focusing on the issues that respondents ranked as number one, the economy (21 percent) is the most common response, followed closely on its heels by healthcare (20 percent). In the wake of an economic crisis and a pandemic, it is perhaps unsurprising that these two issues are at the top of voters’ minds. Racism/racial discrimination (12 percent), taxes (9 percent), and government corruption (8 percent) round out the top five issues,” the report says. 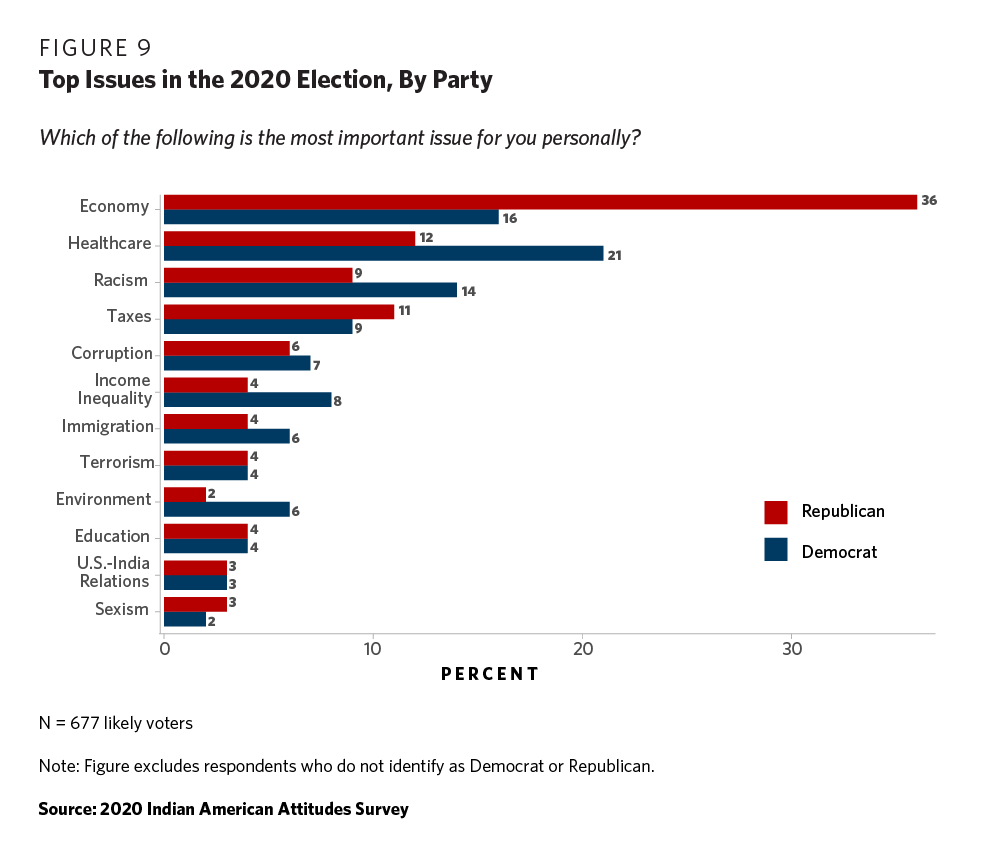 Democrat and Republican Indian-American voters, as the figure above shows, have differing priorities.

Also read: Why Indian-Americans Across Generations Are Drawn to Kamala Harris

Political polarisation has been a major topic of debate in the US in the run up to 2016 and during the Trump presidency. Indian-Americans have not been immune to this trend, the study has found:

The one issue on which both groups converged to some degree, the study found, was university admissions. Sixty percent of Democrat voters and 50% of Republican voters surveyed supported affirmative action in admissions.

But Indian Americans are not a monolith! They are polarized and hold negative views of the opposing party, and divergent views on policy issues–from peaceful protests to immigration: pic.twitter.com/x110eD06Wx

Despite being a relatively small population, Indian-Americans have been seen as an important political group, particularly with the Democratic party nominating Senator Kamala Harris, who is half Indian-American and half African-American for the vice-presidential position.

Why the preference for the Democrats?

In addition to asking the respondents about their political leanings, the surveyors also asked why they were likely to vote a certain way. The report states: 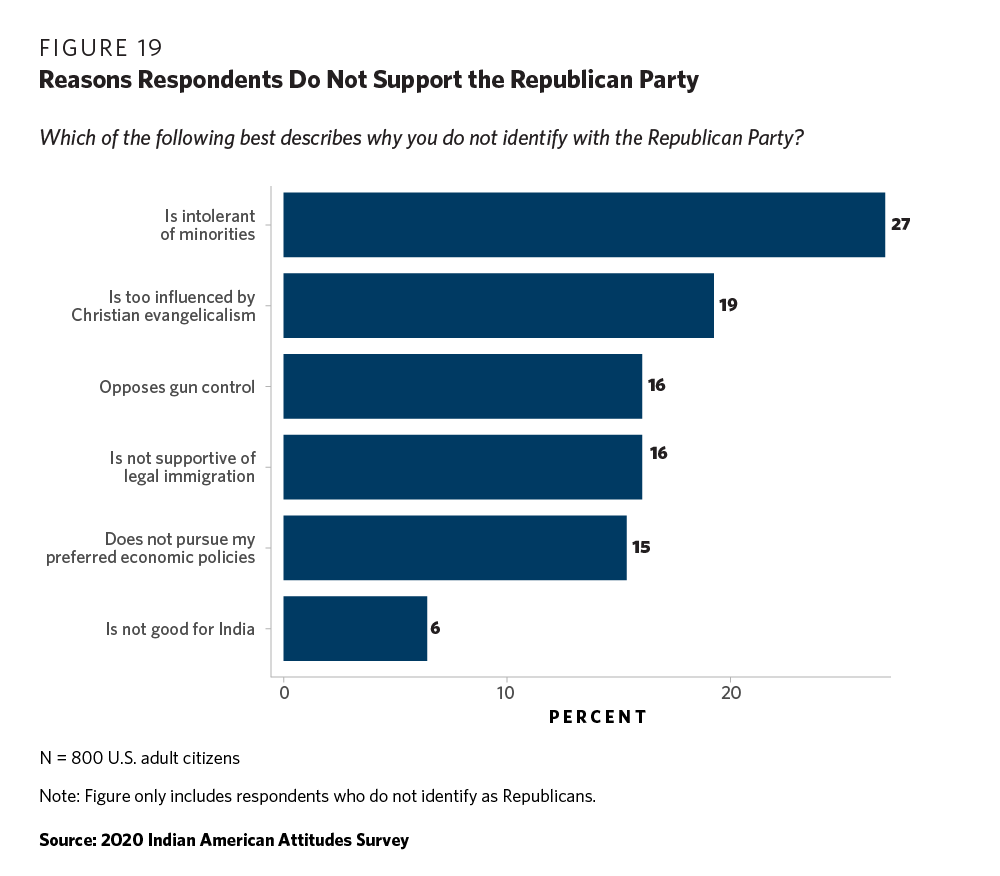 When Republican voters, on the other hand, were asked why they don’t identify with the Democratic party, the reasons were largely economic.

“Twenty-one percent of respondents who do not identify as Democrats say this is because the party does not support their preferred economic policies (see figure 21). Three other reasons follow in close succession: the Democratic Party is too focused on identity politics (20 percent), too influenced by the extreme left wing (19 percent), and is weak on illegal immigration (17 percent). However, just as with non-Republican identifiers, only a small share (9 percent) agree with the idea that Democrats would be bad for India as their topmost reason.”