In Israel, Yet Another Election on Benjamin Netanyahu's Future

Netanyahu is due to go on trial over corruption charges on March 17, when post-election coalition wheeling and dealing is likely to be in full swing. 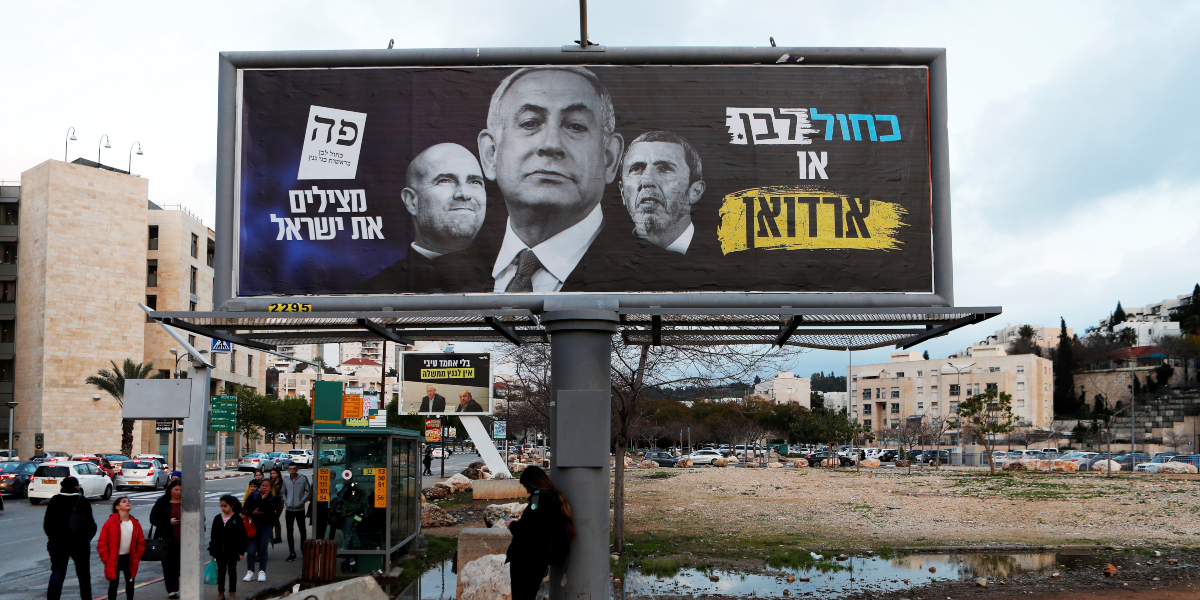 Jerusalem: Israeli Prime Minister Benjamin Netanyahu sought re-election on Monday under the weight of an imminent corruption trial, with the country’s third ballot in less than a year predicted to end in another deadlock.

The election follows inconclusive votes in April and September that dimmed an aura of political invincibility enjoyed by Israel‘s longest-serving prime minister, who has denied any wrongdoing in the three graft cases against him.

Opinion polls show neither Netanyahu’s right-wing Likud nor the centrist Blue and White party of his main challenger, former armed forces chief Benny Gantz, securing enough votes on their own, or with coalition allies, for a governing majority in parliament.

Polls opened at 7 am (0500 GMT). Israelis have until 10 pm (2000 GMT) to cast their vote, at which point media outlets can publish the first exit polls and signal whether the deadlock was broken. More stalemate could push Israel, where a 2020 budget is still pending, further into economic limbo. 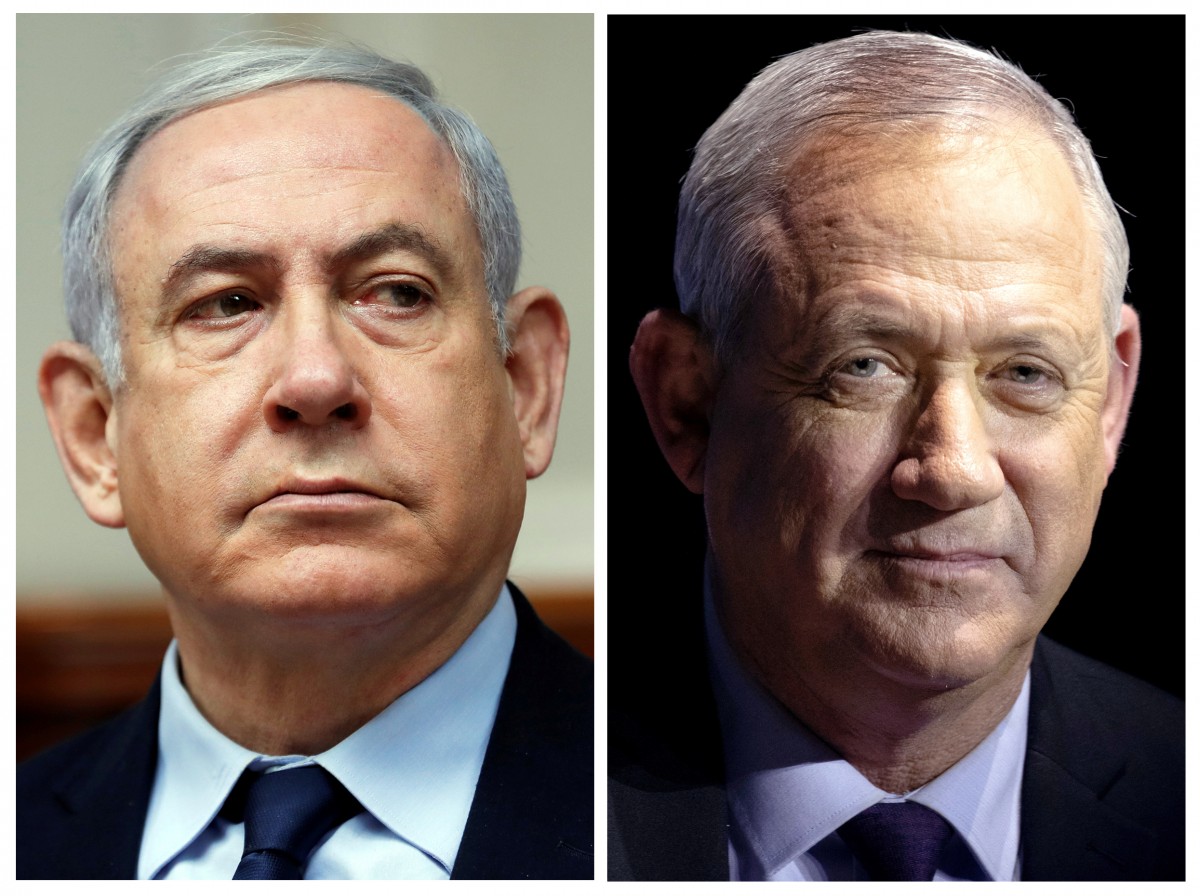 Turnout figures will be watched closely, particularly given the concern over the global coronavirus outbreak and accusations of malicious rumours about contamination in areas seen as strongholds for particular parties.

Voters under home-quarantine, such as those who have recently travelled back to Israel from coronavirus hot spots, can attend special polling stations if they wear surgical masks and show no sign of the disease.

Israel‘s economy has weathered the political turmoil, with growth strong and the labour market tight. But the longer the stalemate continues, the heavier the toll, including the lack of new money for health, education, welfare or infrastructure projects until an annual budget is approved by parliament.

Netanyahu’s battle to win an unprecedented fifth term has become more complicated since the previous election, having been indicted on charges of bribery, breach of trust and fraud over allegations he granted state favours worth hundreds of millions of dollars to Israeli media barons in return for gifts and favourable coverage.

Netanyahu is due to go on trial on March 17, when post-election coalition wheeling and dealing is likely to be in full swing.

Playing the character card against Netanyahu, Gantz has dubbed him “the defendant” and alleged that he sought to retain the power to promote legislation that would bar authorities from putting a sitting prime minister on trial. 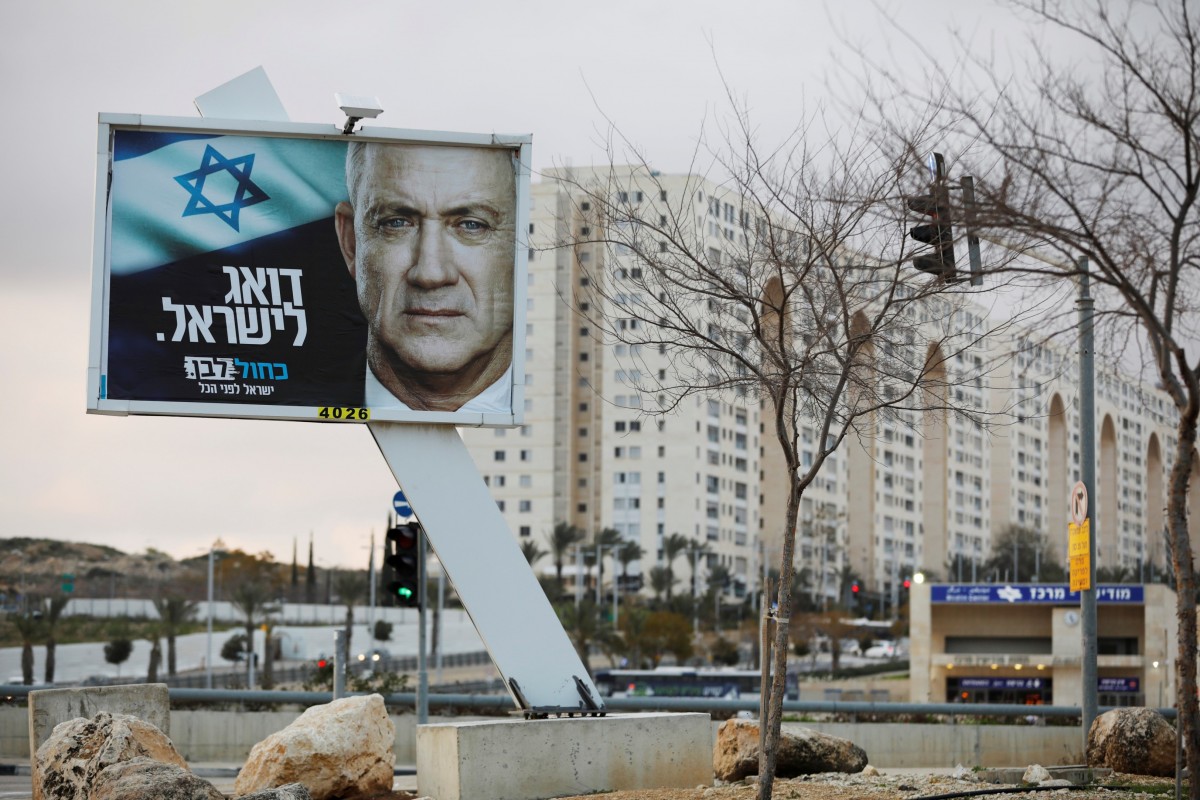 Netanyahu has portrayed Gantz, 60, as a “coward” incapable of confronting the many dangers Israel faces in the region and has suggested that he is hiding secrets that would open him to blackmail by Iran.

Each man says the other is lying and unfit to serve.

Drawing accusations of racism during one of Israel‘s most contentious campaigns, Netanyahu has played on many Israelis’ suspicions about the loyalty of the country’s Arab minority, which makes up 21% of the population.

Gantz, Netanyahu said, would seek Arab politicians’ support in parliament to form a government and they would tie his hands in any military action in the region.

Netanyahu hopes a peace plan that US President Donald Trump presented in January will give him a boost at the polls, saying its recognition of Israeli sovereignty over settlements in the occupied West Bank will enable him to annex them within weeks of the election.

Palestinians have rejected the US blueprint as leaving them with only “Swiss cheese” wedges of territory for a state they seek to create in the West Bank and Gaza Strip.