In Hotbed of Sudan's Uprising, Activists Torn over Transition Deal

Their support could be critical to the success of the power-sharing agreement, which aims to replace three decades of authoritarian rule with democracy. 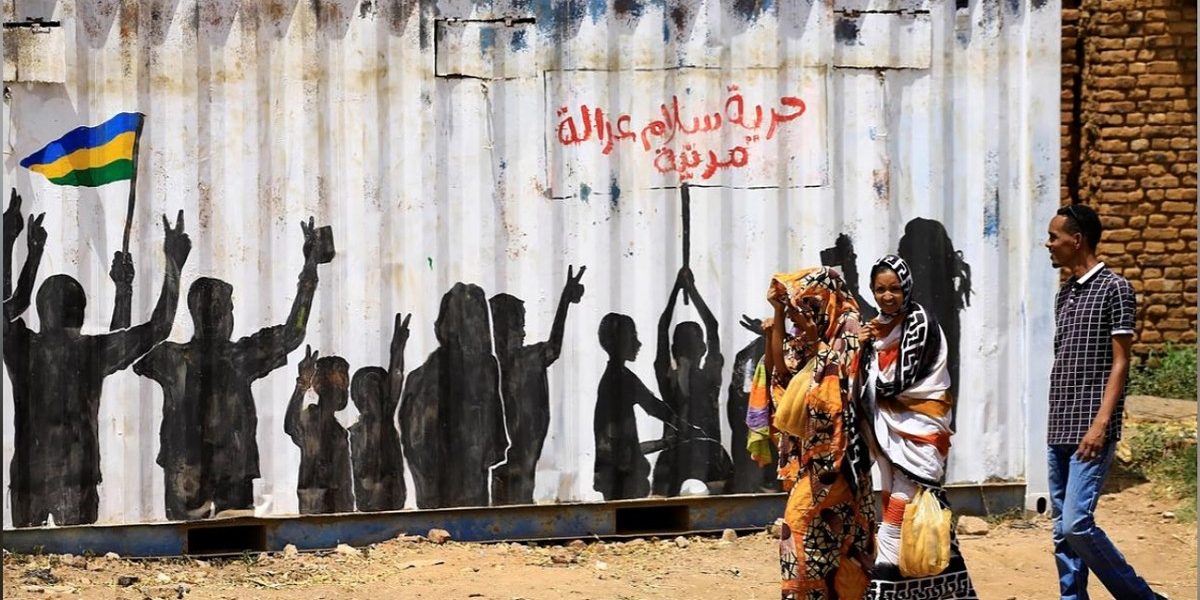 Khartoum: The Khartoum district of Burri was a fulcrum of the uprising against Sudan’s former leader Omar al-Bashir and the generals who replaced him, its residents beaten and killed as they rallied for freedom and justice.

Now that a three-year transition deal has been struck to deliver on their demands, activists from the tight-knit, Nile-side neighbourhood are torn over what to make of it.

Their support could be critical to the success of the power-sharing agreement, which aims to replace three decades of authoritarian, Islamist rule with democracy, in a region where other uprisings have ended in military crackdowns or civil war.

It was made between the ruling military council and civilian opposition just a month after security forces killed dozens of people as they cleared a protest sit-in in the capital.

The raid appeared to derail the prospects that Bashir’s ouster in April could lead to a peaceful transition. But after another round of mass demonstrations on June 30, the two sides resumed talks and announced a breakthrough. 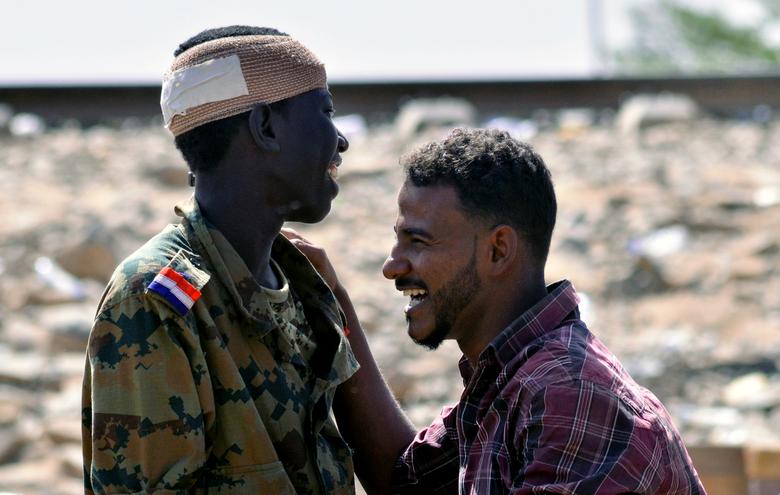 A Sudanese military officer and a demonstrator celebrate after Defence Minister Awad Ibn Auf stepped down as head of the country’s transitional ruling military council, as protesters demanded quicker political change, near the Defense Ministry in Khartoum, April 13. Photo: Reuters/Stringer

“I’m happy with this deal, it came to prevent the bloodshed,” he said, adding that residents had been swept up by the moment. “Most people here celebrated because they are revolutionaries, and they act on their emotions.”

Also read: Sudan: Another Example of Sexual Violence Being Used as a Weapon During Conflict

His friend Mohamed Farouk, a 35-year-old factory worker who had been organising protests in the neighbourhood, was wary.

“If you stopped and asked any of those people celebrating what the deal actually meant, or what civilian actually meant, they’d have no idea,” he said, sipping sweet tea from a Burri street vendor next to Awad.

When news of the agreement broke in the early hours of Friday, many people were unable to discover the details because of a weeks-long internet blackout ordered by the military.

The Forces for Freedom and Change (FFC), the alliance of protest and opposition groups that led talks with the military, has since been holding public meetings to sell the deal, which is due to be formally signed this week.

The military and civilians will share power in an eleven-member sovereign council, with the military expected to preside over the first 21 months of the transition before passing the leadership to civilians for 18 months before free elections.

Also read: Why The African Union’s Ban on Sudan Bodes Well for Democracy

The deal also provides for a government of technocrats and an independent investigation into recent violence – though, with senior military and paramilitary figures retaining political power, it is unclear how this can be guaranteed.

The entrenched power of military and armed factions complicates the picture, and Sudan’s position in northeast Africa and agricultural potential has long made it a focus of attention from rival Middle Eastern and global states.

Mohammad Naji al-Assam, one of the leaders of the Sudanese Professionals Association (SPA) which spearhead protests and now leads the FFC, said the deal was the first step when he addressed cheering crowds in Burri.

“We should follow and protect this transitional civilian government that is going to come in, until we see all the goals of this revolution met, one by one, because it came from the blood of our brothers and sisters,” Assam said.

For Burri activists, justice is vital. The neighbourhood’s mainly blue-collar residents, who have a reputation for near-reckless bravery, have been at the heart of nationwide protests against Bashir that began in December. 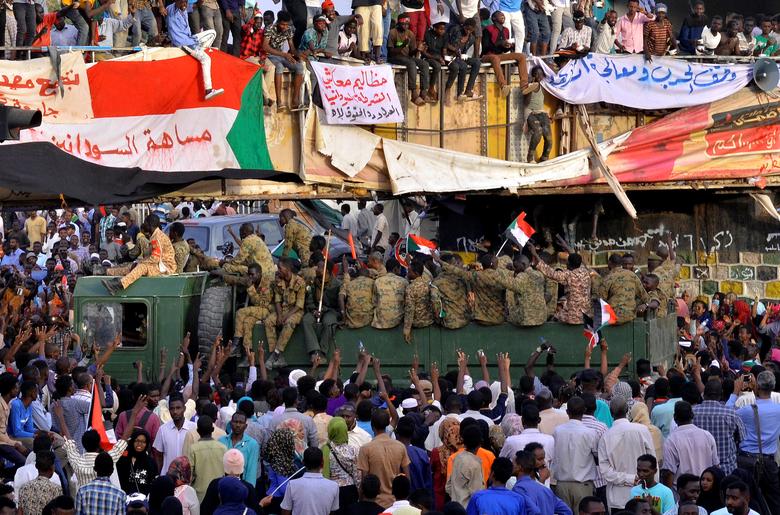 “We didn’t know any of these people before the protests started. But we just sort of instinctively followed (the SPA) and had faith because ultimately that regime had to fall,” said Farouk who, like many young men in Burri, was arrested before Bashir’s overthrow.

As the demonstrations led to deadly crackdowns, Burri’s protesters persevered. Two of its dead are among the best-known “martyrs” of the uprising.

Khartoum residents say Burri protesters also made up the core of the sit-in outside the Defense Ministry formed on April 6, five days before the generals moved against Bashir.

When security forces crushed the sit-in on June 3 after weeks of talks had stalled, Burri residents say they opened up their homes and mosques to shelter protesters, especially those from far-off places like Darfur.

Sudan’s largest private hospital, which is located in Burri, was overwhelmed. Residents say they tried to help by donating bed sheets and cooking for patients and their families.

The events touched almost everyone in Burri. Awad said a nephew was struck in the head by a tear gas canister. Farouk said a distant cousin was killed, and a female colleague badly beaten.

At least 128 people were killed during the raid and the two weeks that followed, according to doctors linked to the opposition. The government confirmed at least 61 deaths.

“My priorities have completely shifted. Now I want justice for those that were killed during the dispersal, that massacre. These people are my priority.” 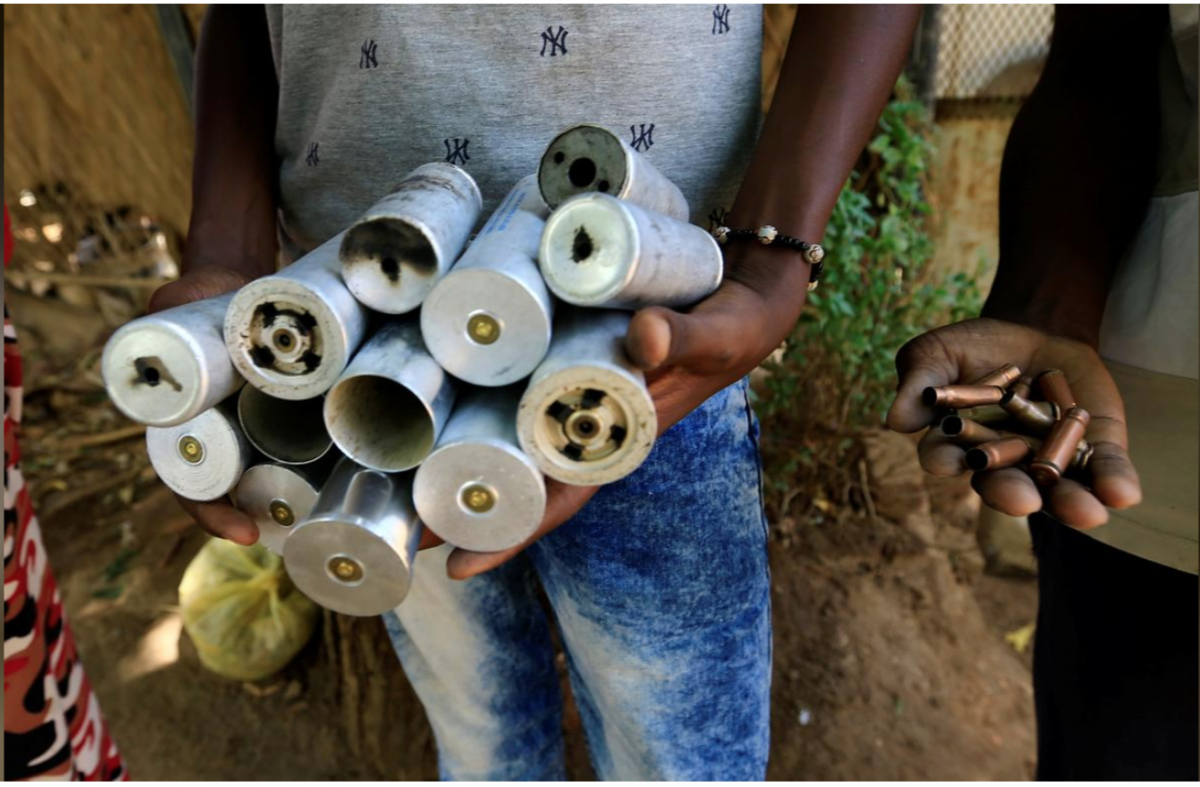 The sit-in had blocked off a major road leading to Burri, so close to the protest camp that echoes of megaphones blaring heated political debates and celebratory music reached some of its streets.

Now, the connecting road is empty, stripped of posters, barricades and tents. Traffic has returned to its usual pace.

Also read: How the Rise of Donor Funded Media Is Impacting African Journalism

As life begins to return to normal, residents in Burri are anxious about the future.

Rana Othman, a 25-year-old engineer from Burri, said she didn’t trust more established opposition groups within the FFC to fight for protesters’ demands after striking a deal with the military, and that the SPA should keep its distance.

“The SPA needs to split from the FFC because when we started the youth rose up, and we didn’t have a link to the political parties because we know that they have failed.”

Awad describes the deal as a step forward that “paves the way for other initiatives to come into play”.

But Farouk says that since the deal falls short of full civilian rule, protesters could have pushed for more. The demonstrations across Sudan on June 30, in which hundreds of thousands took part, are believed to have brought the generals back to the negotiating table.

“Nothing terrifies them more than pressure from the streets,” he said.