The United States should prepare for the possibility of a socialist in the White House. 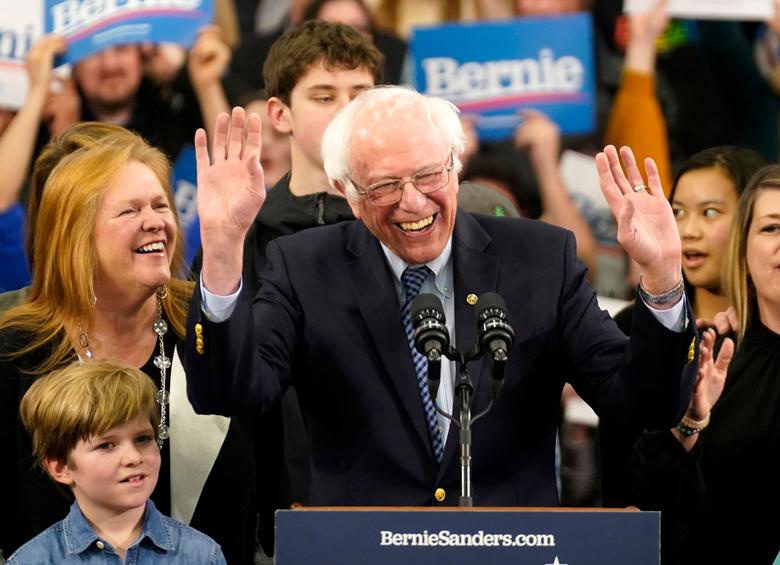 Bernie Sanders is accompanied by his wife Jane O'Meara Sanders and other relatives as he speaks at a rally in Manchester. Photo: Reuters/Rick Wilking

Senator Bernie Sanders’s victory in the New Hampshire Democratic party primary election, strong showing in Iowa, and lead in national polls, indicates a major ideological-power-shift in American politics is underway. The United States should prepare for the possibility of a socialist in the White House – an unprecedented prospect in a nation born capitalist, dominated by a business culture, the American Dream of the “self-made man”, and beyond the spectre of class conflict.

The American Dream, however, is increasingly out of reach and seen as such. This is by now so obvious that even the corporate-friendly Forbes magazine, in a recent article entitled ‘Why Young Voters are Embracing Bernie Sanders and Democratic Socialism‘, argued:

“A combination of crushing student loan debt, low-wage jobs and escalating home and rental costs has a huge impact on Millennials… In light of their situation, it’s not surprising that Bernie Sanders is surging in the polls and the idea of socialism is gaining traction among young people”.

Forbes might well also have added glaring income and wealth inequality at levels matching those experienced in 1916 – which had also led to the formation of socialist and labour parties across the US, and election to office of hundreds of socialists.

Today, and in the recent past, support for socialism, and even communism, has reached record levels, especially among millennials. In a 2018 Gallup survey, 57% of Democratic-leaners viewed socialism positively, while their perception of capitalism declined to just 47%.

More remarkably, and indicating the de-legitimisation of mainstream party politics, 16% of Republican-leaning voters reportedly held a positive view of socialism in the 2018 poll.

Sanders won the largest slice of college student voters (around 50%) despite GOP-instituted legal changes that have reduced student turnout by making it more difficult (expensive) for out-of-state students to register. As a result, the under-30 voting bloc’s turnout fell significantly, a matter that may well play a decisive role in the presidential election.

Joe Biden’s successive defeats suggest that his moderate, “return to normalcy” and the pre-Trump status quo message, and its messenger, is unconvincing (at the moment), although he may fare better in Nevada and South Carolina. But with former Republican Michael Bloomberg in the wings with a billion-dollar election war chest, Biden’s days may be numbered as his third attempt at the Democratic nomination receives another major setback.

The Democratic primaries appear to be clarifying the contest – with Pete Buttigieg as the centrist-traditional vs Sanders on Progressive Left. Senator Amy Klobuchar, however, made it into third place in New Hampshire and may now challenge both Biden and Buttigieg for ‘moderate’ Democrats’ votes. Senator Elizabeth Warren seems to have lost significant momentum and ground to Sanders: her “I am a [progressive] capitalist” declarations suggest her strategy of staking a claim to the centre-left progressive position is winning few friends with either centrists or progressives. 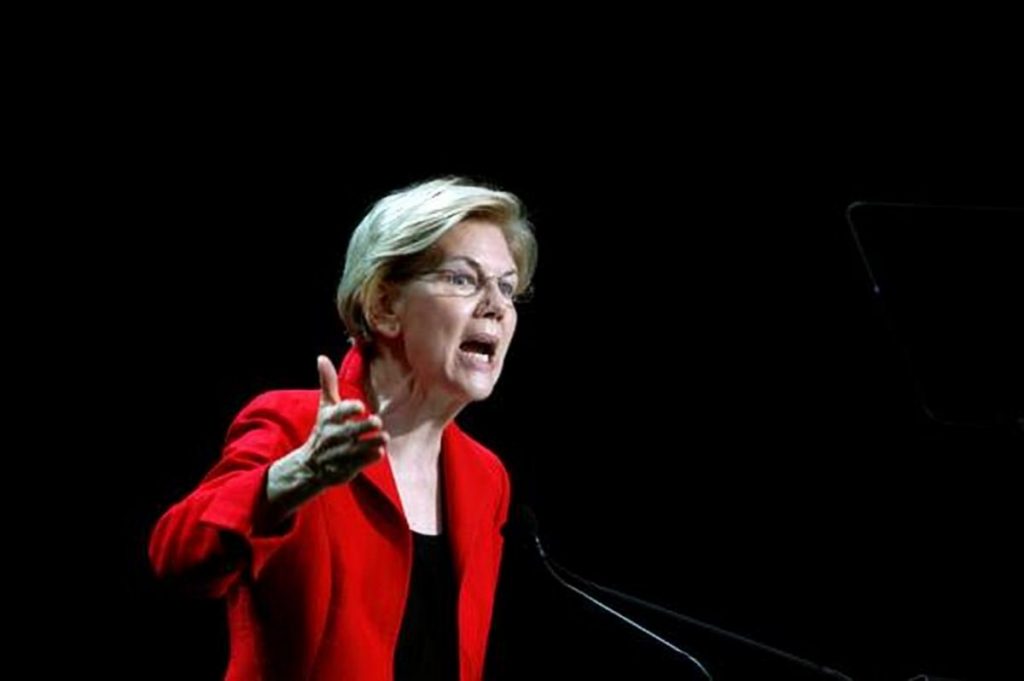 2020 appears to be a continuation and intensification of the presidential election campaign of 2016.

Will it also reflect the politics of the Democratic primaries in 2016? There is certainly a massive conflict between the politics and economics of Wall Street, with its progressive (but non-distributive) cover of identity politics, and the clarion call from Sanders to take on Big Money and the billionaire class, put the American worker’s interests in good, secure well-paying jobs, young people’s future prospects, and an end to reflex militarism, at the front and centre of his campaign.

The Democratic National Committee, the core of the party’s establishment, is in a state of panic at Sanders’s success, despite significant campaigns against him (on the basis of his alleged sexism) by the New York Times and CNN, Hillary Clinton, and others who claim Sanders is more divisive than President Trump.

While Sanders declared in his victory speech in New Hampshire that he will back any Democrat against Trump in November, his campaign team would be well advised to keep an eye on the DNC – and remember 2016 – when its then-chair, Debbie Wasserman Schultz admitted that Hillary Clinton had effectively bought the DNC to secure advantage over Sanders. This included, among other things, Clinton sharing a percentage of her election war chest with the DNC, and receiving election debate questions in advance.

According to the Nevada Independent newspaper, the Culinary Workers Union, which has 60,000 members, has already launched attacks on Sanders’s ‘Medicare for All’, single-payer government-run healthcare plan. The newspaper’s editor, John Ralston, suggested that this could well be part of a new “stop Bernie” initiative. The Union provides healthcare insurance and facilities to over 130,000 people, a position that justifies members’ dues, at least to a degree, yet appears content to divide workers with and without employers’ healthcare coverage. Nevertheless, the Union praised the healthcare plans advanced by Joe Biden, Pete Buttigieg, and Amy Klobuchar, while providing milder backing for Elizabeth Warren’s platform promise.

The Washington Post carried an article purporting to “like” Bernie Sanders’s “sincerity”, despite his “rigidly abstract ideology”, socialist “snake oil”, and likelihood of inaugurating a “fiscal crisis”. With all the subtlety of an iron fist in an iron glove, the opinion piece ends up critiquing his sincerity too.

There should be no illusions about what Sanders is up against: the Democratic party machine and its political allies who have repeatedly attacked the ‘far left’, including the ‘Squad’, the entire GOP under Trump’s mafia-like grip, the military and intelligence establishment, corporate lobbies from big pharma to arms manufacturers, the ‘markets’, and the mainstream mass media.

The 2020 presidential election offers both poison and hope, full-scale clash of past and future – another fascinating, fearful but also hopeful year in the travails of American power.

The political firestorms that are being planned for Bernie Sanders will require continued courage and resilience on his part backed by full-throated support of the young and working people of America, for whose interests he stands, and who are sending individual $18 donations aplenty to propel the socialist campaign.

But however the primary and presidential elections turnout, there is no mistaking two things: that the mainstream political parties are intellectually bankrupt and fast-losing whatever legitimacy they once enjoyed. And the US political system is scrambling towards a major ideological power-shift to the Left.

In the words of the socialist Eugene Debs in 1912:

“Deep-seated discontent has seized upon the masses. They must indeed be deaf who do not hear the mutterings of the approaching storm”.