Security forces have killed 842 people since the coup, including last month's toll of near 300. 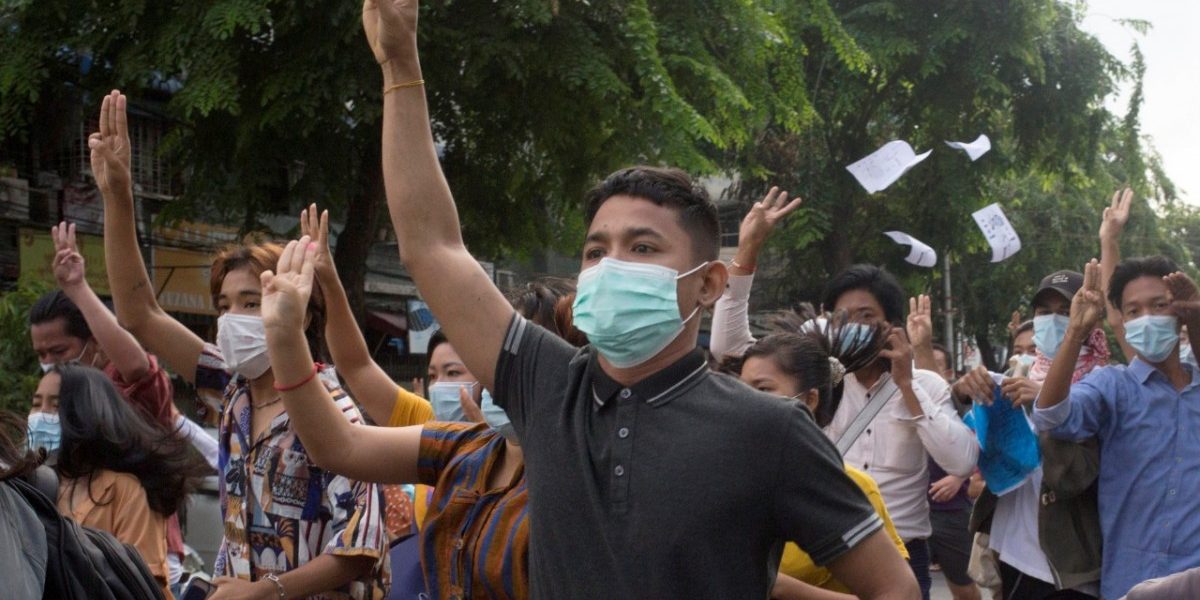 Yangon: Around 400 pro-democracy supporters took to the streets of downtown Yangon on Thursday, to stage one of the biggest recent demonstrations against military rule in Myanmar‘s commercial hub and largest city.

Despite a crackdown by security forces, the military is still struggling to impose order more than four months after overthrowing Aung San Suu Kyi’s elected government in a coup and arresting her and senior members of her party.

“We gathered at the protest today in order to show that we won’t allow them to rule us,” Zayar Lwin, an activist and former political prisoner who attended the rally, told Reuters.

Demonstrators in urban areas have had to become more nimble to avoid security forces, often using flash mobs that quickly disperse, since big rallies in the first months after the coup were frequently met with troops or police firing live rounds.

Zayar Lwin pledged that protests against the coup would continue, although he said it was now harder to organise them due to a heavy security presence in Yangon.

“The minimum risk is we could be arrested and the greatest danger is to be killed,” said the activist, who added that only two people had been arrested at Thursday’s rally that lasted around five minutes.

Security forces have killed 842 people since the coup, according to figures from an activist group. The junta said last month the toll was nearer 300, including 47 police.

Even in urban areas, the unrest has taken a heavy toll on the countryside where clashes between Myanmar‘s well-equipped military and ethnic minority armies or newly formed People’s Defence Forces have displaced tens of thousands of people.