A ground-penetrating radar search was launchedon June 2, after the discovery of 215 unmarked graves at the Kamloops Residential School in British Columbia outraged the country 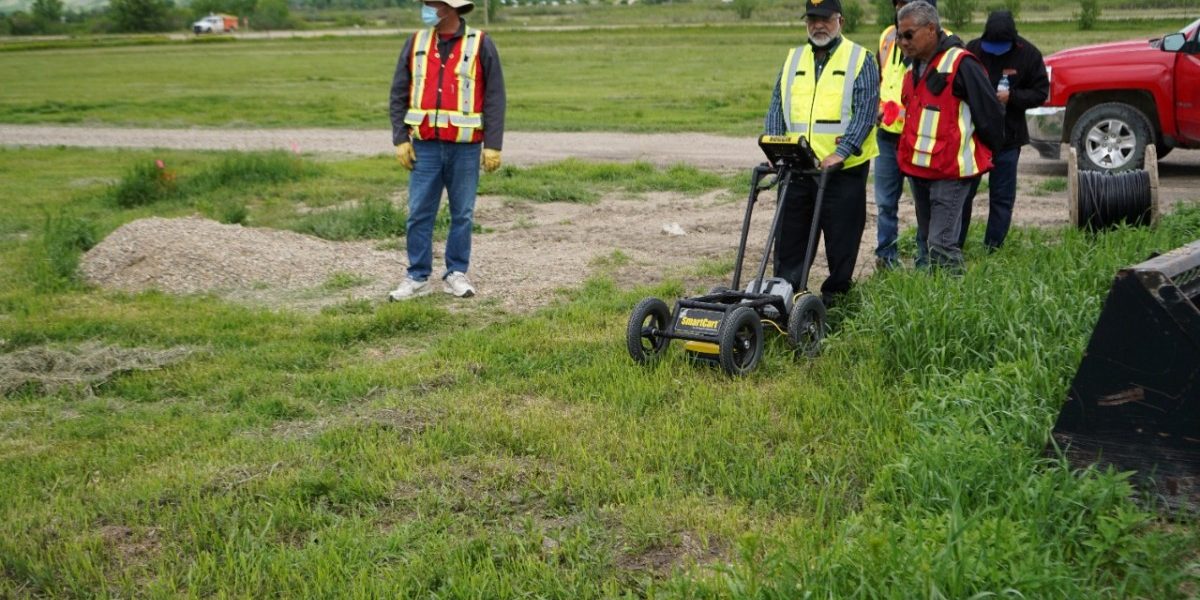 A crew performs a ground-penetrating radar search of a field, where the Cowessess First Nation said they had found 751 unmarked graves, near the former Marieval Indian Residential School in Grayson, Saskatchewan, Canada, June 18, 2021. Photo: Federation of Sovereign Indigenous Nations/Reuters

An indigenous group in the Canadian province of Saskatchewan on Thursday said it had found the unmarked graves of an estimated 751 people at a now-defunct Catholic residential school, just weeks after a similar, smaller discovery rocked the country.

The latest discovery, the biggest to date, is a grim reminder of the years of abuse and discrimination indigenous communities have suffered in Canada even as they continue to fight for justice and better living conditions.

Prime Minister Justin Trudeau said he was “terribly saddened” by the discovery at Marieval Indian Residential School about 87 miles (140km) from the provincial capital Regina. He told indigenous people that “the hurt and the trauma that you feel is Canada’s responsibility to bear”.

It is not clear how many of the remains detected belong to children, Cowessess First Nation chief Cadmus Delorme told reporters, adding that oral stories mentioned adults being buried at the site.

Delorme later said that some of the graves belong to non-indigenous people who may have belonged to the church. He said the First Nation hopes to find the gravestones that once marked these graves, after which they may involve police.

Delorme said the church that ran the school removed the headstones.

“We didn’t remove the headstones. Removing headstones is a crime in this country. We are treating this like a crime scene,” he said.

The residential school system, which operated between 1831-1996, removed about 1,50,000 indigenous children from their families and brought them to Christian residential schools, mostly Catholic, run on behalf of the federal government.

“Canada will be known as a nation who tried to exterminate the First Nations,” said Bobby Cameron, chief of the Federation of Sovereign Indigenous Nations, which represents 74 First Nations in Saskatchewan. “This is just the beginning.”

Canada’s Truth and Reconciliation Commission, which published a report that found the residential school system amounted to cultural genocide, has said a cemetery was left on the Marieval site after the school building was demolished.

In a letter to Delorme on Thursday, Archbishop Don Bolen reiterated an earlier apology for the “failures and sins of Church leaders and staff” and pledged to help identify the remains.

Heather Bear, who went to Marieval as a day student in the 1970s and is also vice-chief of the Federation of Sovereign Indigenous Nations, recalled a small cemetery at the school but not of the size revealed on Thursday.

“You just didn’t want to be walking around alone in (the school),” she recalled. There was a “sadness that moves. And I think every residential school has that sadness looming”.

The Cowessess First Nation began a ground-penetrating radar search on June 2, after the discovery of 215 unmarked graves at the Kamloops Residential School in British Columbia outraged the country. Radar at Marieval found 751 “hits” as of Wednesday with a 10% margin of error, meaning there were at least 600 graves on the site.

The Kamloops discovery reopened old wounds in Canada about the lack of information and accountability around the residential school system, which forcibly separated indigenous children from their families and subjected them to malnutrition and physical and sexual abuse.

Pope Francis said in early June that he was pained by the Kamloops revelation and called for respect for the rights and cultures of native peoples. But he stopped short of the direct apology some Canadians had demanded.

Thursday was a difficult day, said Delorme. But he wants his young children to know that “we will get the reconciliation one day with action like today.”