How Prince Hamzah's Claim To Jordan's Throne Was Withdrawn

King Abdullah II accused his half brother and others of plotting with "foreign parties" to "destabilise Jordan's security." 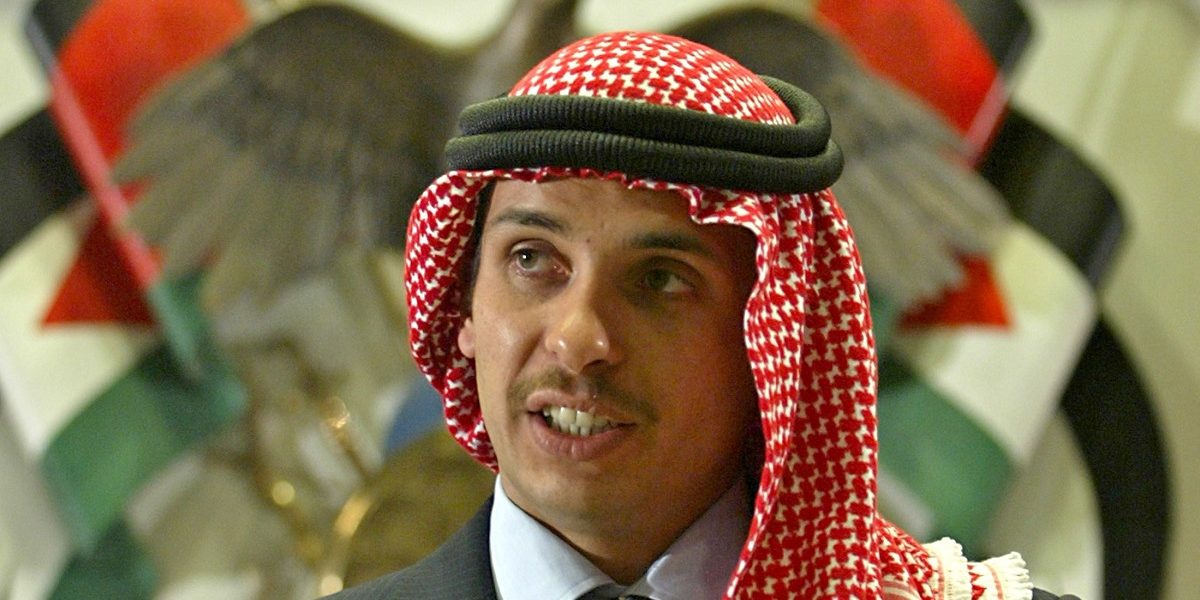 Over the weekend, King Abdullah II accused his half brother Hamzah bin Hussein and others of plotting with “foreign parties” to “destabilise Jordan’s security.” More than a dozen people were arrested, including the fellow royal Sharif Hassan bin Zaid and former finance minister Bassem Awadallah, deputy prime minister Ayman Safadi said on Sunday.

Until he signed a letter on Monday pledging to “place myself in the hands of His Majesty the King,” Prince Hamzah had said he was being held under house arrest. In an audio message shared Sunday evening on Twitter, he had continued to strike a defiant tone, saying he would not permit authorities to curtail his movement. Hamzah said he would “obviously not comply when they say I may not go outside, use Twitter and communicate with others.”

The prince is the oldest son of the late King Hussein bin Talal with his widow, Nur. He had been groomed for the throne by his mother. King Hussein I often publicly expressed his admiration for Hamzah and had planned to name him as his successor.

Shortly before King Hussein I died in 1999, he changed his mind, naming his first-born son, Abdullah II, the heir to the throne instead. At the time, Hamzah was still considered too young and inexperienced to take over from his father. In keeping with his father’s wish, King Abdullah II made Hamzah crown prince of Jordan. In 2004, however, King Abdullah II surprisingly rescinded this position, instead conferring it to his eldest son: Hussein.

Abdullah had justified this by arguing that he wanted to preserve the liberty of the then-24-year-old Hamzah to pursue careers for which he was more qualified. This move effectively barred him a second time from ascending to the throne. Prince Hamzah attended London’s Harrow School for boys and later graduated from the Royal Military Academy Sandhurst. He studied at Harvard University. And he served as a pilot in Jordan’s air force.

Hamzah became popular with Jordan’s various ethnic groups, whom the monarchy regards as the pillars of its power. His popularity is in part thanks to the physical resemblance he has to his late father.

Before his arrest and subsequent pledge, Prince Hamzah had previously criticized Jordans government. When Jordanians took to the streets in 2011 and 2012 as part of the Arab Spring uprisings, opposition figures considered him a viable alternative to King Abdullah II. Ultimately, however, Hamzah was not regarded as a serious rival to the king.

Prince Hamzah has five daughters and one son. He is married to Princess Basmah Bani-Ahmad.