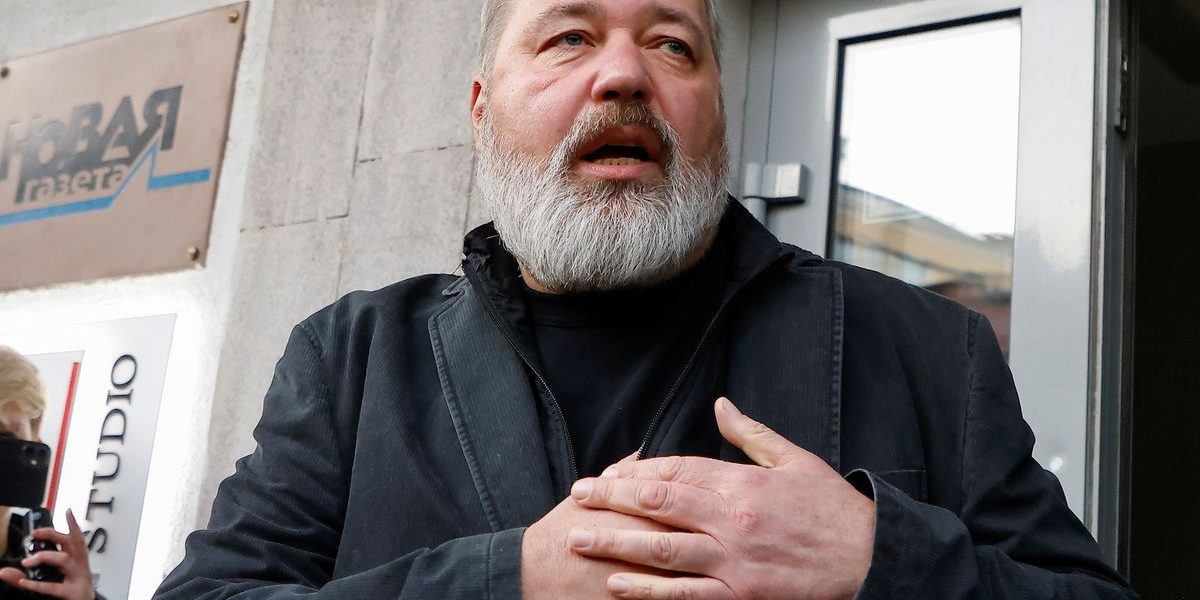 Nearly 30 years later, the paper has another Nobel peace prize in its history. Dmitry Muratov, Editor-in-Chief of Novaya Gazeta, was jointly awarded the prize with Filipina journalist Maria Ressa, “for their efforts to safeguard freedom of expression, which is a precondition for democracy and lasting peace”.

The prize is a surprising and welcome show of support to Russia’s independent press, which has been under constant pressure during the 21 years of Vladimir Putin’s rule.

Thanks to Gorbachev’s Perestroika political reforms and liberation of the press during the 1980s, investigative journalists became national heroes in the late Soviet Union. They revealed the regime’s crimes of the past, tracing them in newly-opened archives, and uncovered corruption among bureaucrats who abused their power to enrich themselves.

It was in this context that Muratov’s career skyrocketed. In 1987, he left his hometown to join Komsomolskaya Pravda newspaper in Moscow. This newspaper of the young Communists took a critical stance towards the Soviet regime in its final years, and was considered a leading voice of perestroika.

Komsomolskaya Pravda was among the newspapers that stood against the 1991 military coup, led by a conservative bloc of the Communist government, to overthrow Gorbachev. The August coup marked the end of the Soviet Union, which collapsed in December that year, and led to a new era for the press.

In 1992, Muratov left Komsomolskaya Pravda over a dispute about the paper’s future. Muratov was among those who defended the newspaper as an investigative media outlet, while his competitor Valery Sungorkin sought to turn it into a tabloid to make money. The tabloid view succeeded.

BREAKING NEWS:
The Norwegian Nobel Committee has decided to award the 2021 Nobel Peace Prize to Maria Ressa and Dmitry Muratov for their efforts to safeguard freedom of expression, which is a precondition for democracy and lasting peace.#NobelPrize #NobelPeacePrize pic.twitter.com/KHeGG9YOTT

In an interview for my forthcoming book, Muratov told me that the editorial team hardly managed to make ends meet in the 1990s. There was no money to pay salaries, everything that the cooperative members received outside of their newspaper duties was invested back into the paper.

In the 2000s, a lifeline of financial support came from Gorbachev and Aleksandr Lebedev, the Russian banker and entrepreneur who bought London’s Evening Standard newspaper in 2009. The two backed Muratov’s wishes to maintain Novaya Gazeta’s leadership as an investigative outlet.

They also became Muratov’s friends, sharing his happiness in times of success, and his grief over the paper’s many losses. Novaya Gazeta has often been called Russia’s “bravest” newspaper, and has one of the highest rates of murdered journalists among Russian media. Between 2000 and 2021, six of Novaya Gazeta’s journalists were killed on duty, notably including Anna Politkovskaya on 7 October 2006 – almost 15 years to the day before Muratov was awarded the Nobel.

It couldn’t have come too soon as the Russian regime grew more authoritarian, it became more dangerous to report on corruption, human rights violations and murders of Putin’s critics.

Yet Novaya’s reporters revealed the extent of the state involvement into the murder of Boris Nemtsov in February 2015. Nemtsov, Putin’s fiercest critic at the time, was shot dead in front of the Kremlin and no high-profile person was found guilty in assisting the crime.

Elena Milashina, Novaya’s top reporter on Chechnya, has documented the murders of LGBT people and reported on the cold-blooded murders of Chechnya’s leader Ramzan Kadyrov’s opponents. She has faced physical attacks and death threats..

Muratov is a one-of-a-kind character. He is never afraid to speak out and defend journalists and dissenting voices, knowing that he or his editorial team may be attacked. He is the leader of a network of media that helps Russian journalists in dangerous regions to continue their work under Muratov’s symbolic protection.

He has certainly made hundreds of powerful enemies who would be happy to get rid of him but, at the same time, he has made thousands of friends across all sectors of Russian society, including top politicians, law enforcement officers and the super rich. His friendships with power brokers help him navigate the murky waters of Russian politics without major losses to reputation. This has irritated hardcore members of the Russian opposition and some western observers of Russia, who think he has sold his soul to the Kremlin.

This portrait of Muratov does not fully capture the scope of his important role in Russian media. Muratov uses his influence and connections not to enrich himself, but to sustain the powerhouse last shelter of investigative journalism inside Russia.

The Nobel prize will make Muratov more influential domestically and will earn him more enemies among the elite, who may later claim that he betrayed Russia for foreign funding and awards. Symbolically, this prize will empower all Russian investigative journalists who fight for their lives and profession amid unprecedented attacks from the state.