How Museveni Has Twisted Uganda’s Constitution to Cling to Power 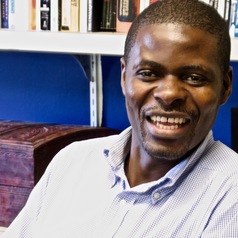 For a period of time between 1986 and the early 2000s Uganda was considered to be a country committed to democratic reform. But in recent years the democratic space has shrunk dramatically.

In a recently published journal article I argue that two factors have been crucial. The first is the gradual breakdown of the political consensus that was forged under a ‘broad-based’ government. This consensus resulted in a relatively progressive constitution which was adopted in 1995.

The second is the security imperative which has been accentuated by the fight against terrorism. As a result, the legitimate opposition has become a target of trumped up terror charges.

These two factors have been compounded by incumbent president Yoweri Museveni’s determination to be in power indefinitely. He’s dug in. He wants to rule for life. To stay put in State House, Museveni has had to run roughshod over important constitutional and institutional safe guards, checks and balances that were enshrined in what was a relatively progressive and liberal constitution. His actions have eroded the minimum political consensus embodied in Uganda’s 1995 constitution.

Also read: How the Ugandan Media has Borne the Brunt of Censorship for Decades

The result has been an erosion of basic democratic institutions, the securitisation of politics, criminalisation of political competition, and an upsurge in contentious politics. The outcome is that the country is facing a deep governance crisis.

How it’s meant to work

To work effectively a democratic government, of whatever stripe and tenor, must be anchored in a set of institutions. It must follow the ‘rules of the game’ that structure and condition actor-behaviour. In many countries the constitution is the primary source of the rules that translate into functional institutions, governmental bodies and state agencies.

But how do the rules of the game come about? They can be imposed through colonial conquest and forceful occupation, or through autocratic leadership. But taking this route is inevitably a recipe for contestation, protestation and even violent confrontation.

This minimum consensus turns on the basic norms and beliefs about what is acceptable and what is considered outside the bounds of political activity and engagement. Without this it’s not possible to sustain democratic governance.

In the early years of Uganda’s National Resistance Movement there was an attempt to build minimum consensus around some basic rules. This culminated in a constitution being adopted in 1995 that provided for several crucial checks and balances. This included granting parliament autonomy and the judiciary independence. There were also assurances of public accountability through a slew of institutions. These ranged from parliament’s public accounts committee to the Inspectorate of Government and the Auditor General.

But, in my view, the minimum consensus embodied in the 1995 constitution has been ripped apart.

In 2003, Museveni began his assault on the constitution with a view to deleting presidential term limits. This came after two decades of single-party rule, which was a system of governance that was cleverly packaged as ‘no-party’ politics.

As part of Museveni’s assault on the supreme law there was a turnaround to embracing multiparty politics. In 2005, Ugandans went into a referendum and voted to return to a mulitparty system of governance. But the referendum was no more than a tactical move; it was used as a bargaining chip to remove term limits.

As a result, Uganda has been on a downward spiral since 2006.

By undermining the 1995 constitutional order in pursuit of regime survival, Museveni and the National Resistance Movement have simultaneously eroded minimum consensus and triggered political polarisation. And there has been little regard for policy alternatives and how best to move the country forward in successive election cycles.

This state of affairs has produced toxic politics and a highly adversarial relationship between the political opposition and security agencies, especially the police. The sum of it is that state security and police agencies have placed squarely at the centre of political contestations.

The desire to cling to power has also lead to institutions being undermined. In the judiciary, for example, the appointment of ‘cadre judges’ became pronounced after 2005.

In addition, state patronage, gerrymandering, and outright rigging have been used to manufacture a super majority in the house. Consequentially, Parliament has been grossly watered down and twisted to be at the service of regime survival.

The war on terror

The breakdown of minimum elite consensus has been compounded by the fight against terrorism. Museveni has astutely used this to continue positioning himself as a security president: needed by the west and trusted at home.

For most of the 1990s and early 2000s, insurgencies in the north, northeast and parts of the west of Uganda were the primary source of Museveni’s justification for holding onto power, ostensibly to deal with the insecurity. This security appeal had waned by the 2000s. But it was revived when Al-Shabaab attacked Kampala in July 2010.

The upshot is that the imperatives of security are used to criminalise otherwise legitimate political activities, which has resulted in tension and uncertainty during election time. In addition, opposition leaders are arrested too often. Since 2005 a review of media reports shows that Kizza Besigye – Museveni’s main challenger in the opposition – has been arrested more than 1,000 times.

It has also become routine that whenever Besigye’s allies plan rallies or other political events, their homes are cordoned off by the security forces to stop them from leaving.

All these developments underline the fact that the country is in crisis. It’s only by reaching a new national consensus and enacting rules of engagement that Uganda will detour off its current slippery slope.