Masks of Chinese leader Xi Jinping, cartoon characters and Guy Fawkes were among those used by protestors. 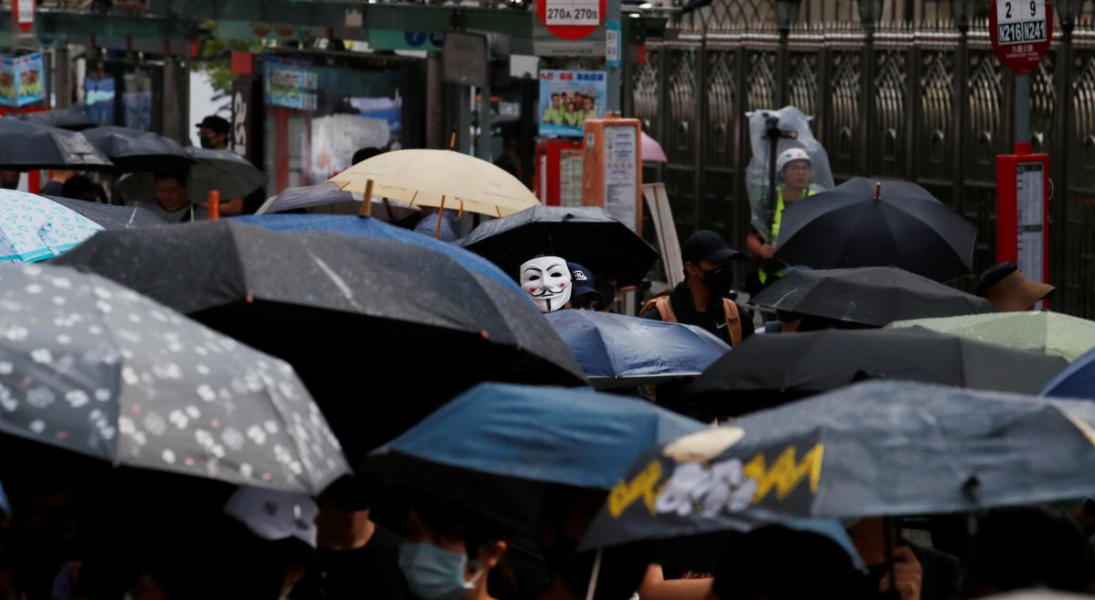 Hong Kong pro-democracy protestors defied a government ban on wearing face masks as they formed a human chain across the city battered by four months of unrest.

Many participants donned cartoon character and Guy Fawkes masks (now also a symbol of the Anonymous group), while others took a stab at restrictions by taking on the guise of Chinese President Xi Jinping and Hong Kong Chief Executive Carrie Lam.

Other protestors wore masks depicting prominent rights activist Jimmy Sham, who was beaten by four men wielding hammers and knives on Wednesday in what democracy campaigners said was an act of intimidation.

Protestors aimed to form a 40-kilometre (25-mile) human chain tracing the city’s subway system in a repeat of a similar protest in August. Protestors wore a variety of amusing masks as they blocked an intersection. Photo: Reuters/Umit Bektas

The autonomous city’s government earlier this month invoked colonial-era emergency laws banning face masks at protests.  Lam said the restriction on masks, which have been a constant feature at protests, was meant to deter radical behaviour.

Protestors say they wear the masks to remain anonymous and avoid their identities being shared with China’s state security services.

Friday’s lighthearted protest came as pro-democracy organisers said they planned to stage a major march on Sunday despite police determining it illegal. 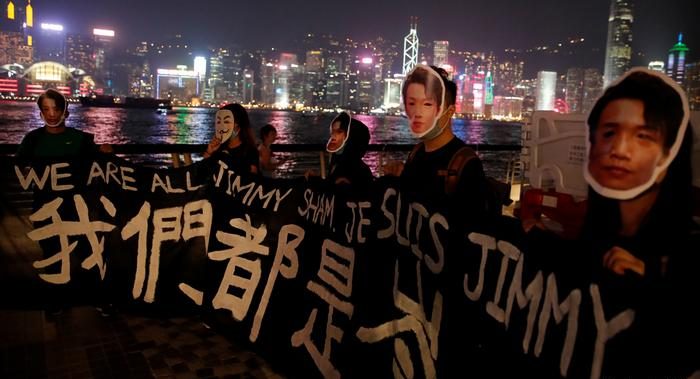 Police said they would not allow the march because past events had been “hijacked by a group of radical protestors” who vandalised property and clashed with police.

The ban sets the stage for possibly violent confrontations between police and protestors worried about China encroaching on Hong Kong’s special status.