The joint declaration signed between UK and China in 1997 guarantees Hong Kong judicial independence from Beijing. 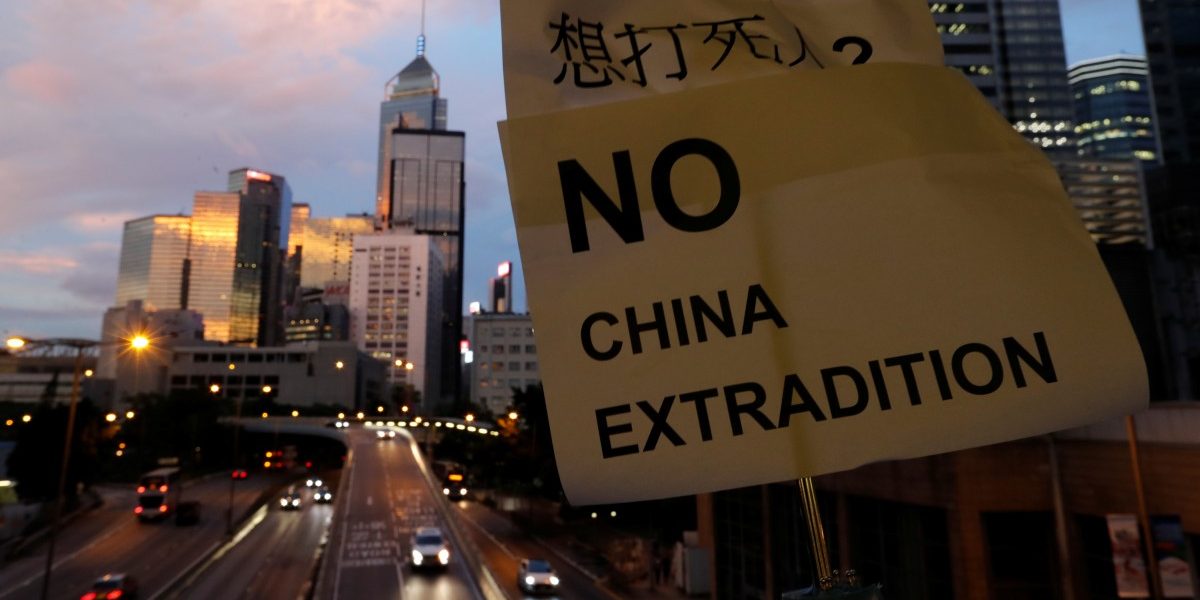 A placard is displayed during a protest following a day of violence over a proposed extradition bill, near the Legislative Council building in Hong Kong, China, June 13, 2019. Photo: Reuters/Jorge Silva 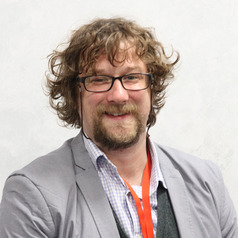 Protest organisers in Hong Kong claim that nearly two million people, most clad in black and many carrying white flowers as a symbol of mourning, took to the streets on June 16 as demonstrations continued over proposed changes to extradition law. With a total population of just over seven million, it was an extraordinary show of grassroots politics.

The “fugitives Bill”, as it often referred to, would allow extradition to China, among other countries. Hong Kong is currently under no obligation to repatriate anyone to China, due to the “one country, two systems” model that came into effect following its 1997 handover from the UK to China. The joint declaration, signed by Beijing and London, states clearly that the territory shall enjoy civic freedom and autonomy for 50 years. Enshrined in this agreement is judicial independence from China.

After protests that attracted global media attention, Hong Kong’s chief executive, Carrie Lam, agreed to suspend the Bill – but not remove it – in what was seen as a significant government climb down. Apologising for the extradition Bill, Lam said it would not be reintroduced until people’s fears had been addressed, and indicated that it would now be unlikely to pass before the end of the legislative session in 2020.

Yet officials were quick to criticise those agitating against the draconian legislation. Supported by Beijing, Lam referred to the protests as “unacceptable for any civilised societies”.

If the Bill is passed it would fundamentally alter the judicial independence of Hong Kong and signal the beginning of the end of the “one country, two systems” model. The excessive use of force by police against those exercising their legally protected right to protest shows just how near Hong Kong is to the end of that road.

The “one country, two systems” model is a constitutional framework established by Chinese leader Deng Xiaoping in the early 1980s. Under the principle, each region of China could continue to have its own system of government, economic and financial independence, legal system and external trade relations.

Over the past two decades, the implementation of this model in Hong Kong has been difficult – largely because it was never intended for the former colony. It was originally devised by Deng as the model for a future – albeit only theoretical – agreement with Taiwan. But Taiwan would essentially be negotiating any agreement with China itself, and there would be no hard deadline. In the case of Hong Kong, however, it was the British that were negotiating – and to a deadline which was set without much consultation with the people living in Hong Kong.

Also read: In Hong Kong, Memories of Tiananmen Square Are Both Alive and Relevant

The government of China consistently took the view that the whole of Hong Kong should be Chinese territory – in spite of the fact that Hong Kong Island was ceded to the UK in perpetuity as part of the Treaty of Nanking in 1842 – and that the New Territories, an additional 365 square miles, was leased to Britain by the Qing government in 1898 for 99 years.

As the expiration on the lease of the New Territories on July 1, 1997 approached, negotiations began under Murray MacLehose, then governor of Hong Kong, during a visit to Beijing in 1979. It was here that informal discussions were made on the future of Hong Kong Island, Kowloon and the New Territories. The first formal discussion was made in September 1982, during a visit to the UK by Deng with the then British prime minister Margaret Thatcher.

China proposed the concept of Hong Kong as a Special Administrative Region and, in April 1984, both sides agreed that Hong Kong would retain a high degree of autonomy with assurances made on the preservation and maintenance of the lifestyle of the people in Hong Kong. In September 1984, both sides agreed on the Chinese and English versions of the text and the “one country, two systems” model was adopted. 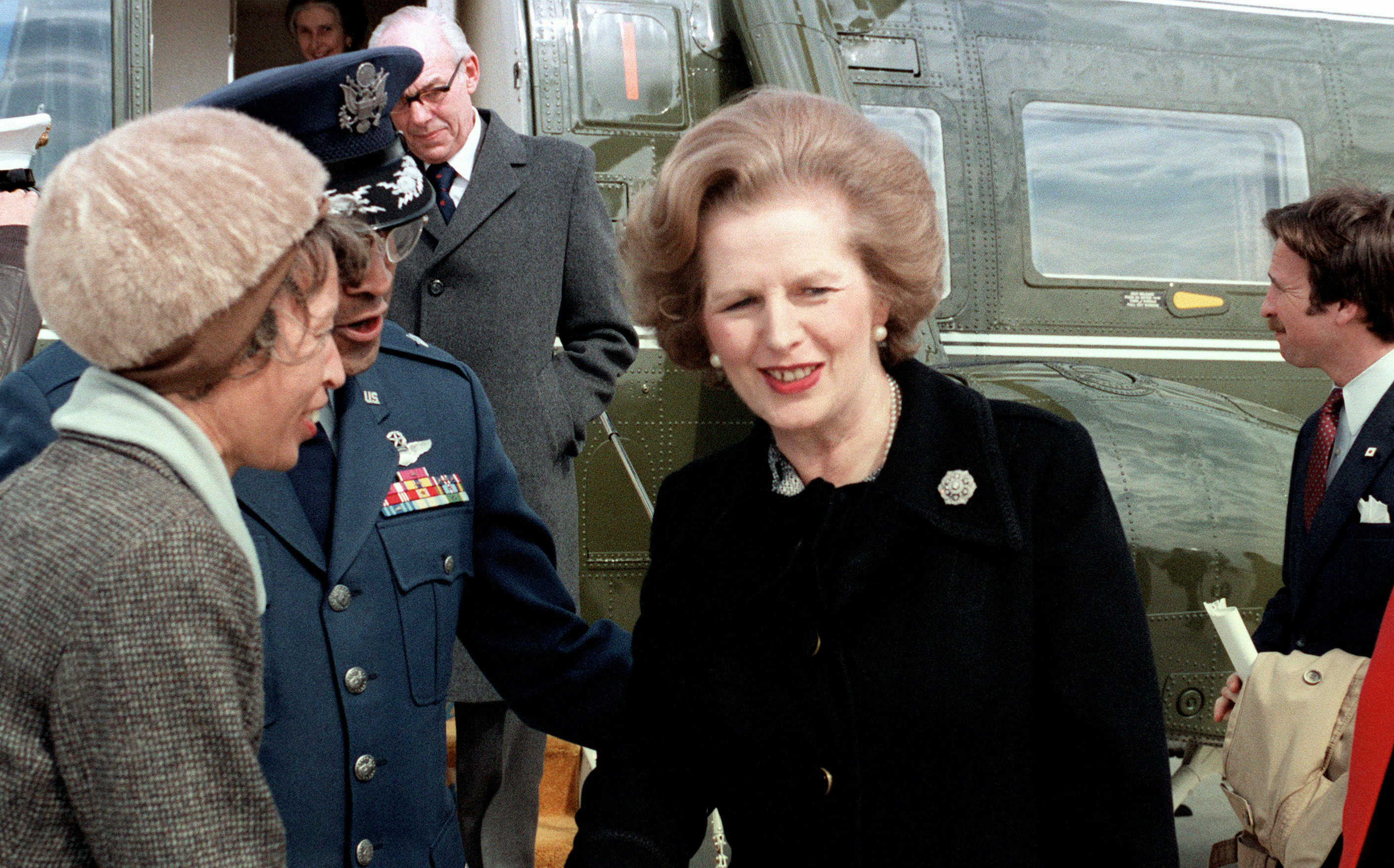 Prime Minister Margaret Thatcher of England is bid farewell on her departure after a visit to the United States. Photo: Wikimedia Commons

The joint declaration consists of eight paragraphs, with three annexes. Within this document, the Hong Kong Special Administrative Region is under direct authority of the government of the Peoples’ Republic of China. Yet Hong Kong enjoys a high degree of autonomy – except for foreign and defence affairs – and it is allowed to have executive, legislative and independent judicial power, including that of final adjudication.

Since the joint declaration forms the basis of the “one country, two systems” model, it is the section on the independence of judicial power and final adjudication that the people of Hong Kong believe is being prematurely removed as part of the changes to extradition law. If the Bill is eventually signed, it would bring an end to this guarantee by removing independent judicial power and so marking the de facto end of the “one country, two systems” model in its current format. Since the framework of the model has been repeatedly suggested to Taiwan, but has always been rejected, the authorities and people in Taiwan are also watching events in Hong Kong closely.

The erosion of the model has been going on for some time – and the pro-democracy “Umbrella Movement” in 2014 was a testament to this. Changes in the nature of the relationship between the Hong Kong authorities and civic society are now inevitable in light of the scale of grassroots-level protest. The “one country, two systems” model as we know it is going to change – but in what way remains uncertain.