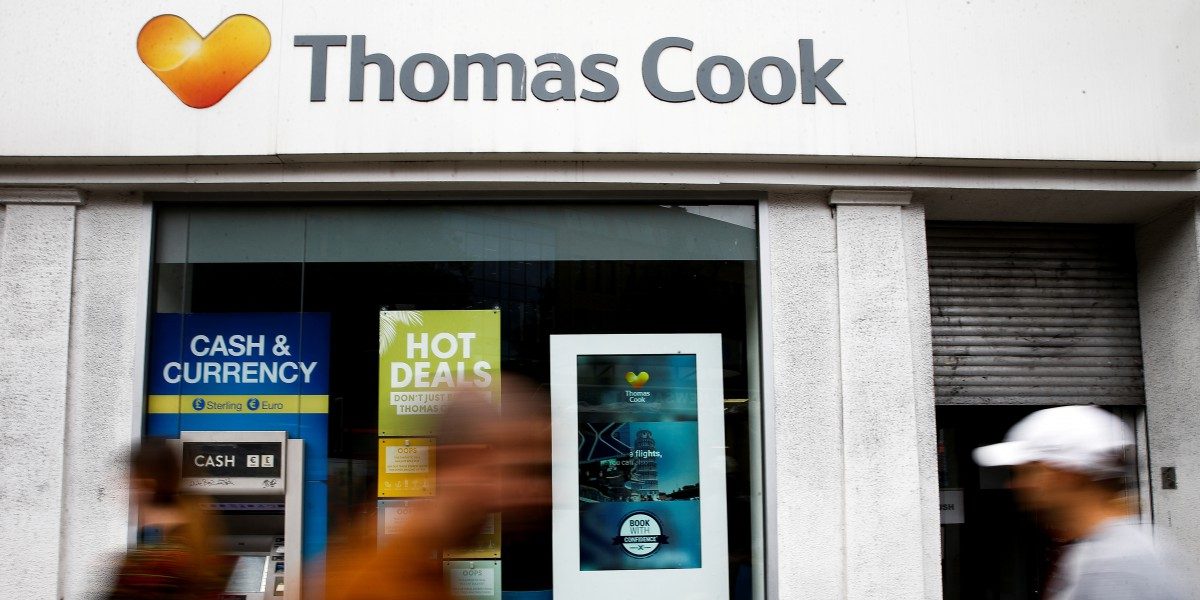 Hays Travel will buy all of Thomas Cook‘s British travel agent shops, potentially saving up to 2,500 jobs, Britain’s insolvency agency said on Wednesday, in a rare reprieve for high streets across the country.

Thomas Cook, the world’s oldest travel company whose shops have been a feature of British town centres for generations, collapsed last month, and its UK business went into liquidation. 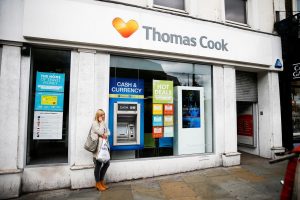 A woman stands on the phone outside of a closed Thomas Cook store in London, Britain, September 23, 2019. Photo: Reuters/Henry Nicholls

“This agreement … provides re-employment opportunities for a significant number of former Thomas Cook employees, and secures the future of retail sites up and down the UK high street,” Jim Tucker, Partner at KPMG, said.

Hays Travel is a private company, jointly owned and managed by Managing Director John Hays and Chair Irene Hays. The 40-year-old firm based in Sunderland in north-east England reached sales of more than 1 billion pounds ($1.22 billion) in 2018.

“It is a game-changer for us, almost trebling the number of shops we have and doubling our workforce – and for the industry, which will get to keep some of its most talented people,” John Hays said in a statement on the company’s website.

Thomas Cook‘s collapse stranded hundreds of thousands of holidaymakers around the globe and sparked the largest peacetime repatriation effort in British history.

Hays Travel has already recruited 421 former Thomas Cook employees since its collapse, and have made other offers to the travel firm’s former workers, the Insolvency Service said.

Britain has appointed an Official Receiver to try and realise value from Thomas Cook‘s assets. KPMG is overseeing the process at its retail division and aircraft maintenance companies, while insolvency practitioners from Alix Partners are managing the liquidation of its airline and tour operator.