Sahle-Work’s ascension to the presidency in Ethiopia, the second most populous country in Africa, holds immense symbolic value, making her the only female head of state in Africa. 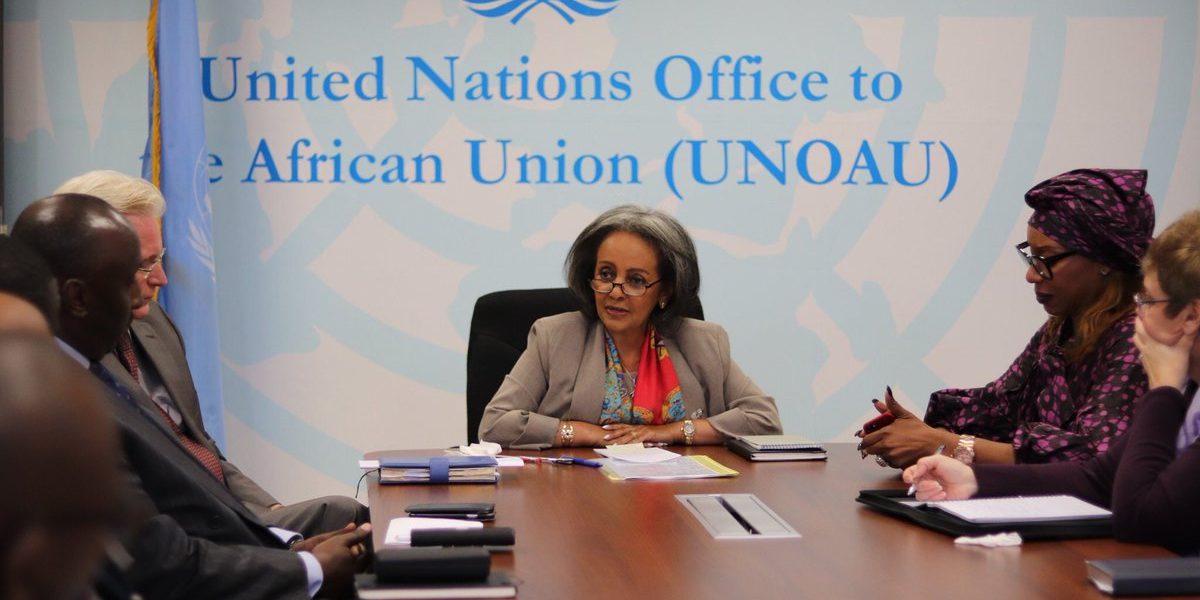 New Delhi: Ethiopian Members of Parliament elected Sahle-Work Zewde to their highest office, making her the first female president in the country’s history.

Sahle-Work Zewde is a seasoned diplomat who served as the UN under-secretary-general and the special representative of the secretary-general to the African Union after holding a number of UN positions, including the head of peace-building in the Central African Republic.

Speaking to parliament after she was sworn in, Sahle-Work highlighted her intention to make gender parity a top priority and said, “When there is no peace in a country, mothers will be frustrated. Therefore, we need to work on peace for the sake of our mothers.”

Also Read: Gender Diversity in the Workplace: Going Beyond the Numbers Game

Sahle-Work also said promoting peace would be a key part of her agenda. “I urge you all to uphold our peace, in the name of a mother, who is the first to suffer from the absence of peace,” she told parliament.

Sahle-Work’s ascension to the presidency in Ethiopia, the second most populous country in Africa, holds immense symbolic value, making her the only female head of state in Africa.

Prime Minister Ahmed’s chief of staff, Fitsum Arega, addressed the significance of Sahle-Work, 68, becoming the first female president in Ethiopia in a series of posts on Twitter.

In a patriarchal society such as ours, the appointment of a female head of state not only sets the standard for the future but also normalises women as decision-makers in public life. #Ethiopia (2) pic.twitter.com/3Z8UNd15E0

According to the New York Times, a recent UN study pointed out that despite remarkable progress in increasing enrolment of girls in primary schools, Ethiopia still has a long way to go to minimise gender disparity as girls are strongly disadvantaged compared to boys and men in several areas, including literacy, health, livelihoods and basic human rights. The morbidity rate for women is alarmingly high and women constitute a disproportionately large amount of the unpaid labour workforce.

Her election to this largely ceremonial position in Ethiopia comes a week after a major cabinet reshuffle by Prime Minister Abiy Ahmed, whereby he appointed ten female ministers to achieve gender parity in his cabinet. The new appointees included the country’s first female defence minister, and the former speaker of parliament, who will now oversee the country’s intelligence services and the ministry of peace, a newly created position. 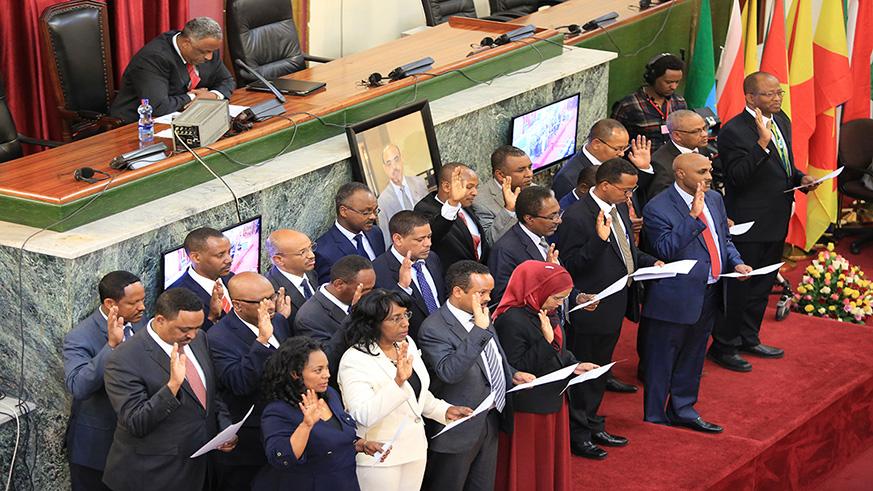 The cabinet taking oath after the reshuffle.

“The main problem in this country is the lack of peace. This [peace] ministry will be working hard to ensure it prevails,” Abiy said to lawmakers.

HE PM Abiy Ahmed has formed a new cabinet. He downsized the number of ministerial positions to 20. Women compose 50% of the new cabinet. Women are assignedto to run key ministerial portfolios including ministries of Peace, Trade and Industry, and Defense. #Ethiopia pic.twitter.com/cWApq587sZ

Ahmed, who came to power in April, has enacted a series of reforms, both domestically and with regards to neighbouring countries. He extended an olive branch to several rebel groups and ended two decades of hostilities with adjoining rival Eritrea. He has also proposed several economic reforms to a largely state-run economy and initiated dialogue with multiple parties involved in ethnic-based conflicts.