The deal would allow its citizens to apply for temporary visas to work in the US agricultural sector, and in the medium- to long-term, would allow for work visas for the construction and service sectors. 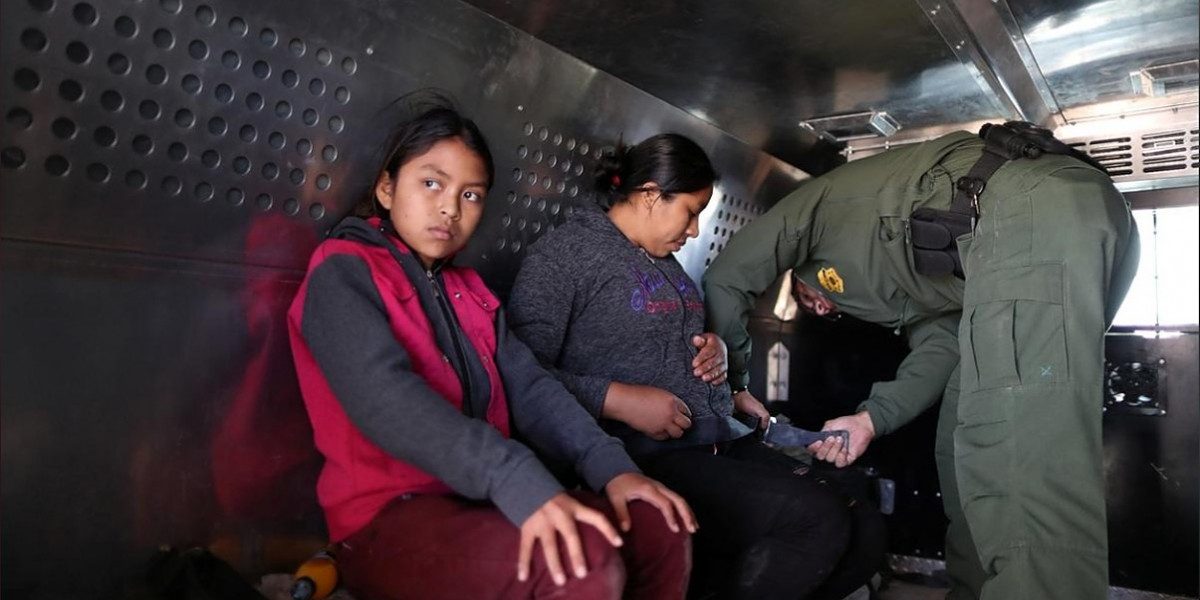 Washington: US President Donald Trump on Friday said he agreed to drop the threat of economic sanctions against Guatemala after the country said it would implement new measures aimed at reducing US asylum claims from migrants fleeing Honduras and El Salvador.

The Trump administration has grappled with a surge of mainly Central American migrants claiming asylum at the US southern border with Mexico, an influx that has made it difficult for Trump to restrict immigration as he promised when he was elected.

Court orders have blocked many of his initiatives, and the American Civil Liberties Union (ACLU) said the group would likely challenge the Guatemala agreement in court.

Nearly 200,000 people travelling in families from El Salvador and Honduras have been apprehended at the US border since October, with most passing through Guatemala and Mexico along the way.

Mexico agreed last month to deploy troops to try to stanch the flow after Trump threatened to impose tariffs on exports.

Trump had pushed for Guatemala to sign a so-called safe third country agreement to require asylum seekers passing through on their way to the US first to pursue safe haven in Guatemala.

When an initial agreement fell through last week, Trump had threatened to impose tariffs, ban travellers and hit remittances with fees.

On Friday, he watched as acting Homeland Security secretary Kevin McAleenan signed an agreement with Guatemala’s minister of government, Enrique Antonio Degenhart, in the Oval Office.

“We have other great countries who are going to be signing on also,” he said, without providing further details. 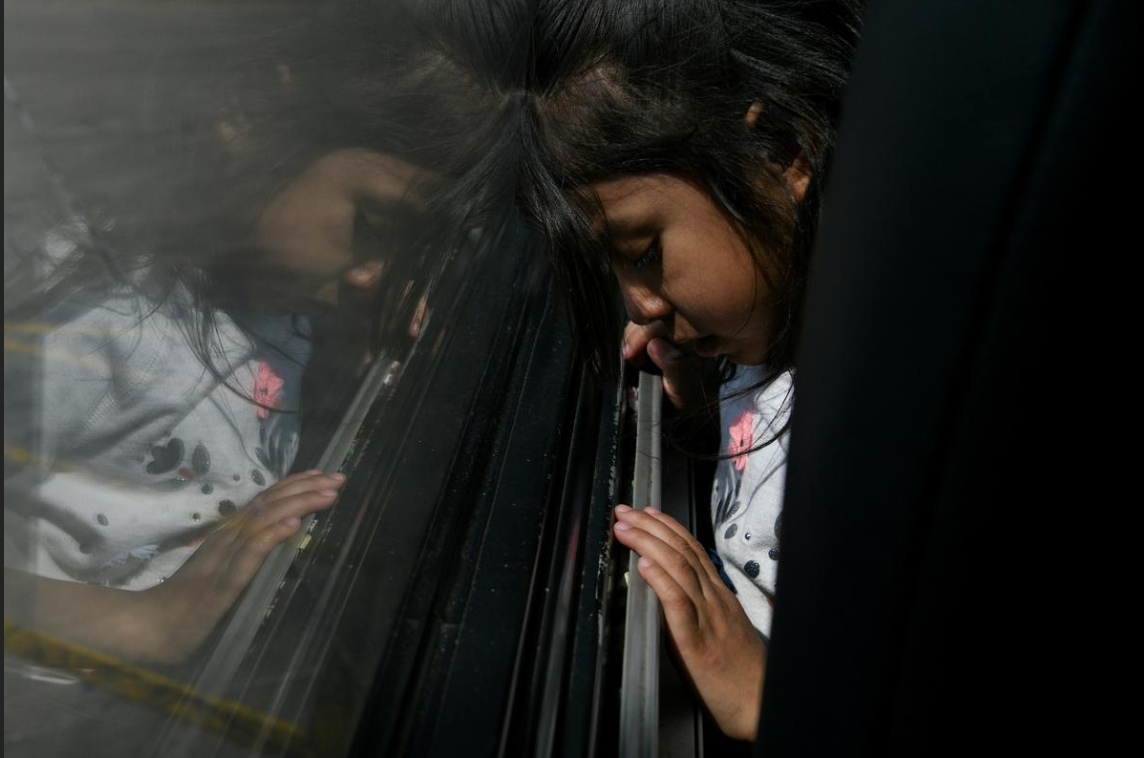 Alicia, a five-year-old migrant girl from Guatemala recently released with her mother from federal detention, sits on a bus before its departure from a bus depot in McAllen, Texas, US. Photo: Reuters/ Loren Elliott

Morales said on Facebook that the agreement had headed off the threat of “drastic sanctions.”

Guatemala’s constitutional court had ruled that a safe third country deal could not be signed without prior approval from the country’s Congress, which is on a summer recess.

The Guatemalan government said in a statement that Friday’s deal – which it did not call a safe third country pact – would allow its citizens to apply for temporary visas to work in the US agricultural sector, and in the medium- to long-term, would allow for work visas for the construction and service sectors.

McAleenan said there were still “several procedural steps” required in both countries to ratify the deal and put it into effect, which he said he expected would occur in coming weeks.

McAleenan told reporters the pact would protect migrants “at the earliest possible point in their journey,” noting US immigration judges reject asylum claims from most Central American migrants.

“If you have a Honduran family or an El Salvadoran national, instead of them having to pay a smuggler, come all the way to our border to seek asylum, when they arrive in Guatemala they’re in a country that has a fair proceeding for assessing asylum claims and that’s where they should make that claim,” he said.

Migrants who arrive in the US who have not first sought asylum in Guatemala will be returned to Guatemala, McAleenan said.

One of the poorest countries in the Americas, Guatemala, has little experience receiving large numbers of asylum seekers and a large wave of refugees would strain limited resources.

Just 262 people applied for refugee status in Guatemala between January and November 2018, according to data from the UN rights agency UNHCR.

A lawyer for the ACLU said the group would likely challenge in court any move to deny migrants asylum based on an agreement with Guatemala.

“Congress made clear that the agreement has to provide a safe, fair and full asylum process,” said Lee Gelernt, deputy director of the ACLU’s Immigrants Rights Project, who has led several lawsuits blocking Trump’s immigration policies.

“But Guatemala can neither offer a safe nor fair and full process, and nobody could plausibly argue otherwise,” Gelernt said. 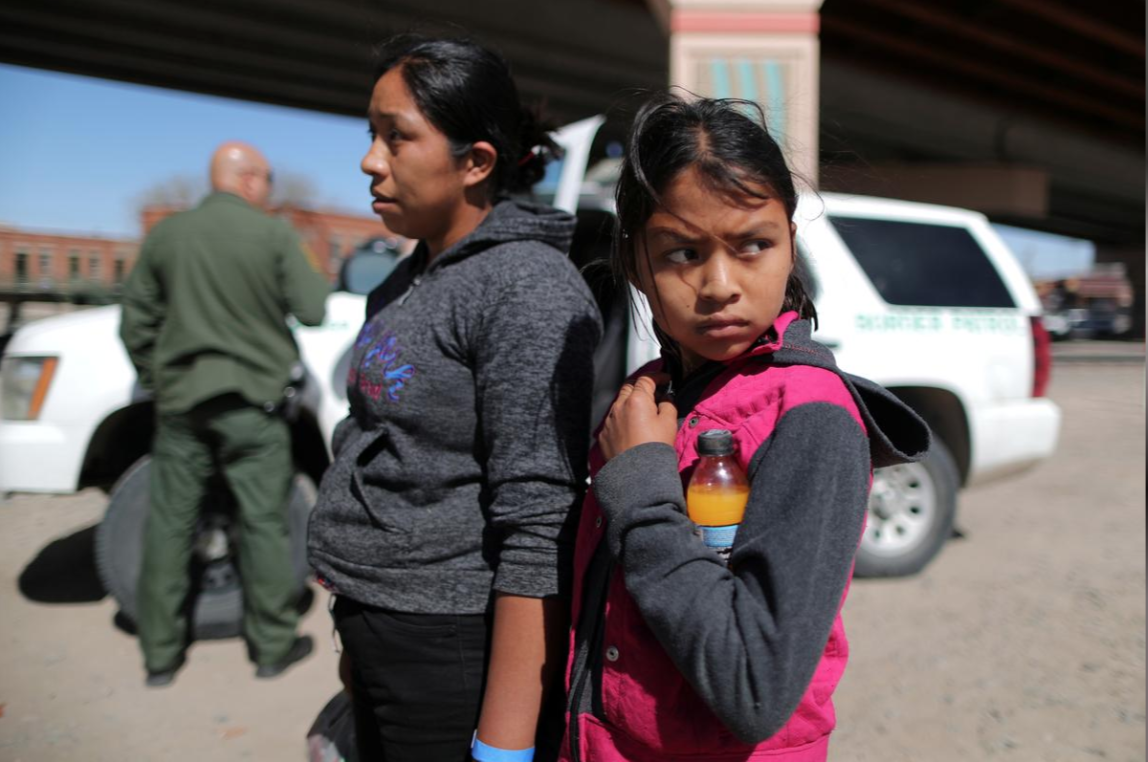 Meghan López of the International Rescue Committee in El Salvador said the agreement could leave people in danger.

“Guatemala is not safe for Guatemalans, and it is not safe for those who have fled seeking asylum from elsewhere in the Northern Triangle, nor for those who could now be returned to a country not their own,” she said in a statement, referring to Guatemala, Honduras and El Salvador which have some of the highest murder rates in the world.

McAleenan noted the US law that provides for safe third country agreements focuses on process rather than safety.

“There are obviously places in Guatemala and in the US that are dangerous. But that does not mean that it doesn’t have an appropriate process, a full and fair process, for asylum seekers to present themselves for protection under international law,” he said.

Separately, the Trump administration on Friday instructed US asylum officers to consider whether “internal relocation” within migrants’ home countries was an option.

The new guidance said that “private violence is not pervasive across the entirety of each Northern Triangle country,” suggesting that failure to attempt internal relocation could be suitable grounds for rejecting an asylum case.