Trump had retweeted a clip of the 16-year-old's speech to a United Nations climate summit, mocking her efforts to enlighten the community about climate change. 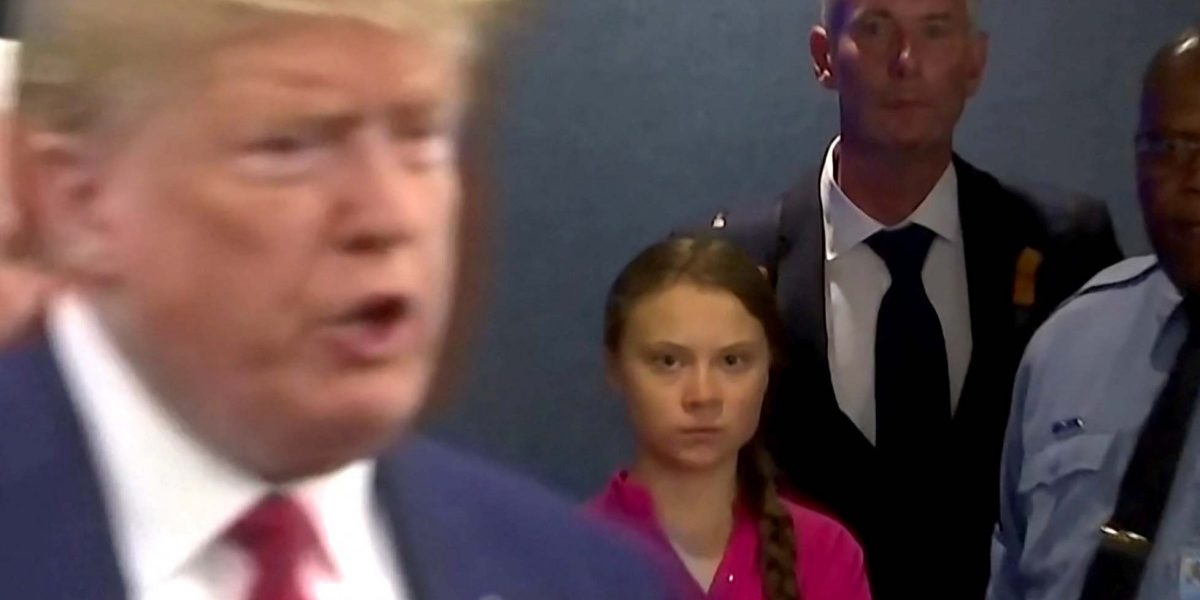 Screen grab from a video that went viral on social media showing climate activist Greta Thunberg glaring at US President Donald Trump as he enters the UN.

United Nations: Swedish teenage climate activist Greta Thunberg shot back at US President Donald Trump’s attempt to mock her on Twitter on Tuesday by changing her profile on the social media site to reflect Trump’s taunting remark.

Late on Monday Trump retweeted a clip of the 16-year-old’s speech to a United Nations climate summit in which she angrily denounced world leaders for failing to tackle climate change by demanding: “How dare you?”

Trump, 73, commented: “She seems like a very happy young girl looking forward to a bright and wonderful future. So nice to see!”

She seems like a very happy young girl looking forward to a bright and wonderful future. So nice to see! https://t.co/1tQG6QcVKO

By Tuesday Thunberg shot back, changing her Twitter biography to: “A very happy young girl looking forward to a bright and wonderful future.” 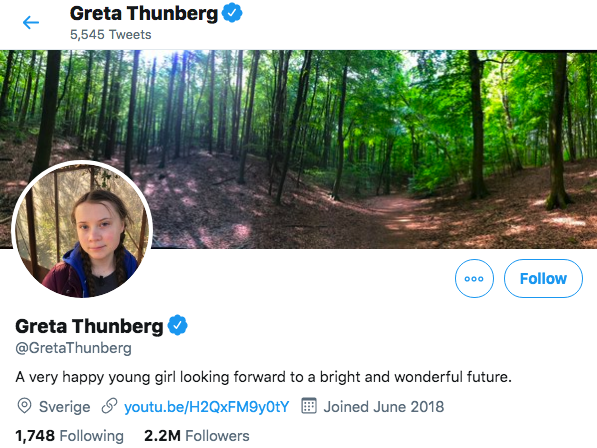 A Reuters video of Thunberg glaring at Trump as he entered the United Nations in New York on Monday went viral on social media. Trump has questioned climate science and has challenged every major US regulation aimed at combating climate change.

Thunberg started missing school on Fridays a year ago to protest for climate action outside the Swedish parliament, inspiring millions of children and sparking a global climate strike movement known as Fridays for Future.

On Tuesday, the hashtags #GretaThunbergOutdidTrump and #BeBest were trending in the United States. ‘Be Best’ is Melania Trump’s campaign against cyber bullying.

Thunberg is in the running for the Nobel Peace Prize, one of the few people whose nomination has become known before the awards ceremony. She is the bookmakers’ favourite to win the prize next month.

Trump has made the case that he deserves to be awarded the Nobel Peace Prize and commented again on Monday when asked about the topic.

“I think I’m going to get a Nobel Prize for a lot of things, if they gave it out fairly, which they don’t,” Trump said.