The morphed image shows the 18-year-old climate activist inside a train compartment while consuming food inside a train as children watch her through the window.

Swedish environmental activist Greta Thunberg recently tweeted a toolkit detailing ways to support the ongoing farmer protests against the three new agricultural laws in India. Bengaluru-based climate activist Disha Ravi was accused by the Delhi police of ‘editing’ the toolkit that allegedly carried information to ‘wage war against India’. Ravi has been in judicial custody since February 14.

Meanwhile, a picture of Thunberg inside a train compartment is widespread on social networking platforms. The picture shows the 18-year-old consuming food inside a train as children allegedly watch her through the window. Twitter user @bembadep posted this picture and wrote, “India ask these anti forces #AskGretaWhy”. The tweet amassed over 700 retweets as of this writing. (Archive link) 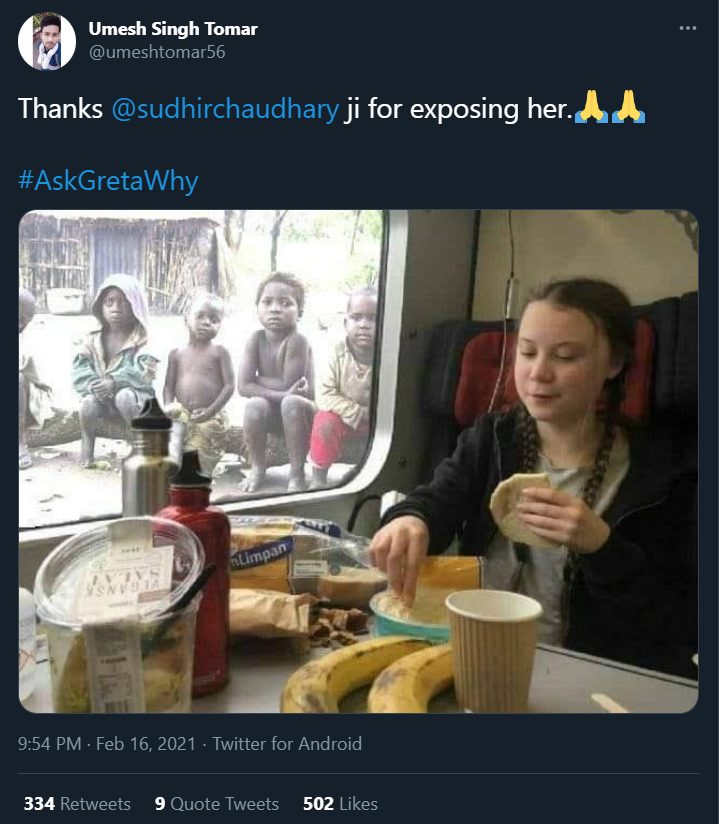 Several other users have tweeted this picture with the hashtag #AskGretaWhy.

Alt News performed a simple reverse image search and found the original photo published in an article in the British newspaper Metro from September 27, 2019. Unlike the viral image, this photo shows trees outside the window and not a group of children. Therefore, the image being shared on social media has been edited. The accompanying article states the picture was taken in Denmark. 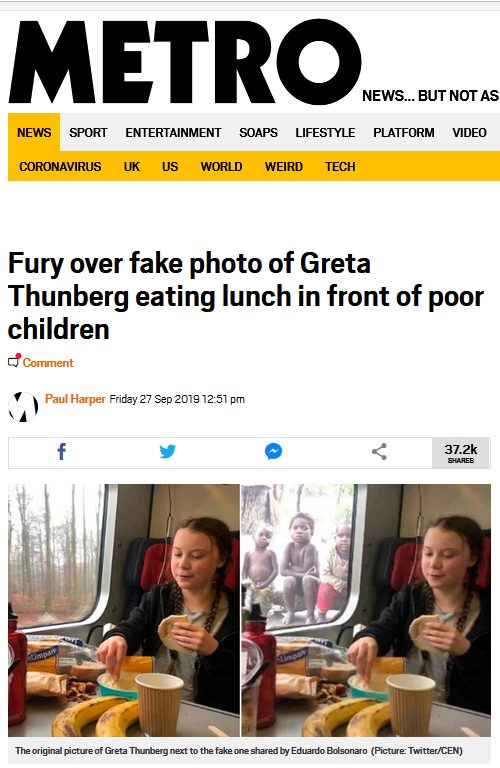 It also states that Eduardo Bolsonaro, son of Brazilian President Jair Bolsonaro, had shared the morphed picture of the climate activist.

Thunberg had herself posted the original photo on January 22, 2019.

The photograph of the children was found in a Reuters article dated August 23, 2007. It was shot by Reuters photographer Stephanie Hancock in Africa. The article is about people who fled villages and moved to the forests during the Bush War in Central Africa. 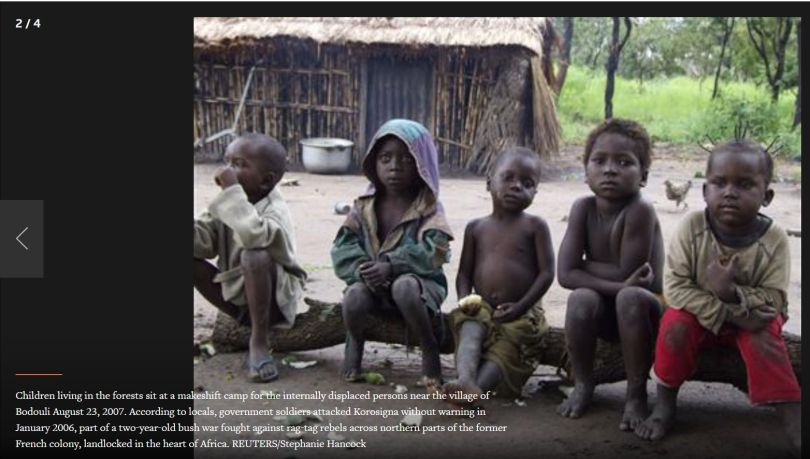 During our research, we discovered that Thunberg’s photo has been edited in different ways and shared on social media since 2019.

The Quint also published a fact-check report on this image on February 17.

A morphed photo of Greta Thunberg having food during a train journey was circulated online. This picture has been edited and posted online since 2019.