Germany's new chancellor Olaf Scholz said the country would "not allow a tiny minority of uninhibited extremists to try to impose its will on the whole of society." 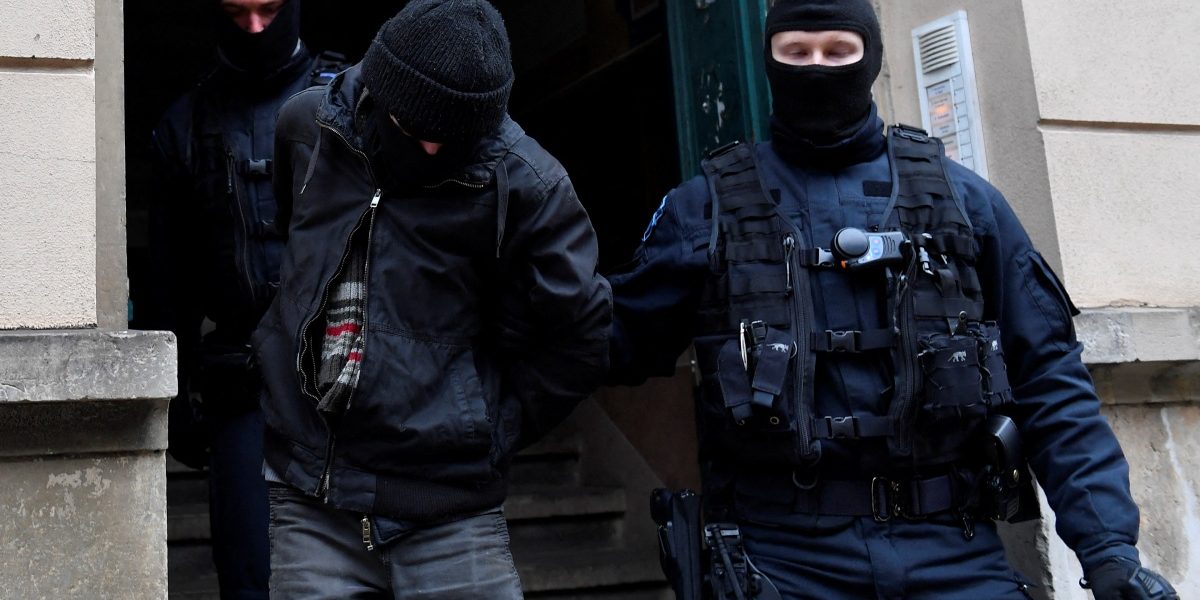 Police detain a suspect during raids in several locations in Dresden, Germany, December 15, 2021, as part of an investigation into what police said was a plot to murder the state's prime minister, Michael Kretschmer, by anti-vaccination activists. Photo: Reuters/Matthias Rietschel

Police in the German state of Saxony raided several locations in Dresden on Wednesday after online threats were made against state premier Michael Kretschmer and other members of the state government.

In Dresden, police searched five properties, and another place was being searched in the nearby town of Heidenau. Police have reason to believe the suspects were preparing to carry out violent acts.

Saxony’s police announced the operation in a series of posts on Twitter.

Germany’s new chancellor Olaf Scholz said the country would “not allow a tiny minority of uninhibited extremists to try to impose its will on the whole of society.”

The raids follow a report by investigative TV show ‘Frontal’ on public broadcaster ZDF, which found people opposed to COVID-19 restrictions and the vaccine rollout posting what appeared be death threats against the premier.

The report found that the 130 members of the group, called “Dresden Offlinevernetzung” or the “Dresden offline network,” had shared a rejection of vaccinations, as well as the state and the current coronavirus policy. Members posted audio messages urging people to oppose policy measures “with armed force if necessary,” directed against Kretschmer and others.

Specialist police from the state’s domestic intelligence agency, the LKA, were deployed, as some group members had indicated in online chat forums such as Telegram that they either possessed firearms or other hunting weapons such as crossbows.

“The LKA is in action today in connection with the reporting on ‘Frontal,’ where there is a running investigation into a potentially serious crime in the meantime,” LKA spokesman Tom Bernhardt said, speaking at the site of one of the raids.

Death threats posted online and targeting state premier Kretschmer were connected in large part with potential COVID-19 restrictions such as the possibility of mandatory vaccinations. Saxony has both one of the highest COVID-19 caseloads in Germany and one of the lowest vaccination rates. It was also once part of the former East Germany, where some vaccinations were mandatory by law.

Dresden, the capital of Saxony, has seen numerous demonstrations against the government’s COVID-19 policies and vaccines.