The Minnesota governor has called on the national guard and a local emergency has been declared. 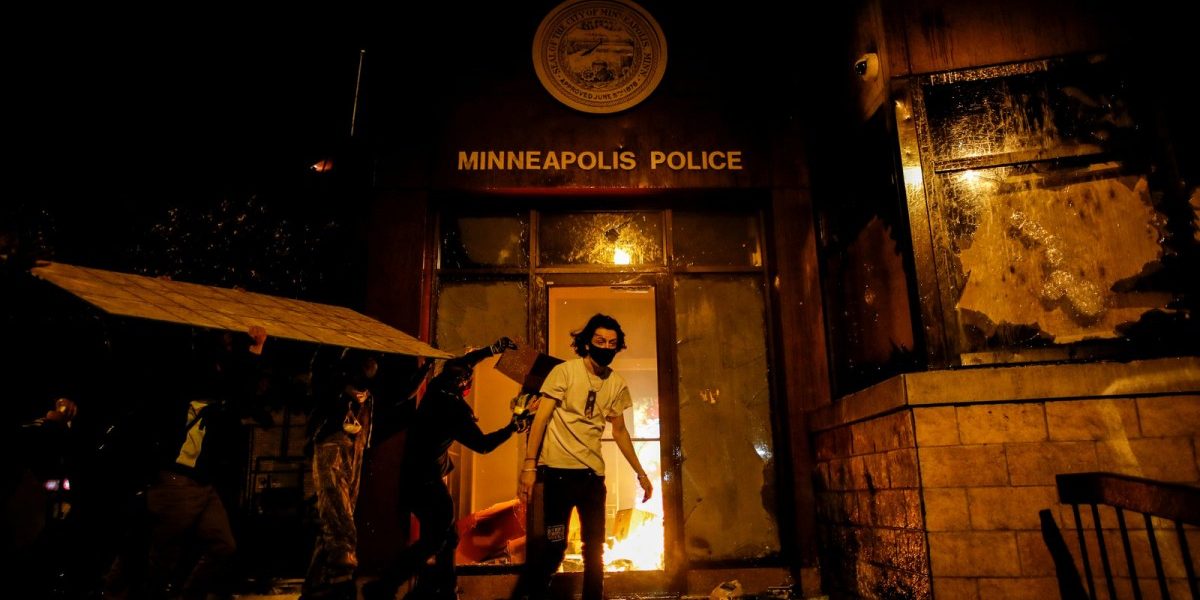 What began as peaceful rallies escalated on Thursday night as protesters in two cities in the US state of Minnesota vented their anger over the death of an unarmed black man in police custody. George Floyd was seen on video gasping for air while a white police officer knelt on his neck.

Minnesota State Governor Tim Walz called in the National Guard and a local emergency has been declared in the city of Minneapolis after gas lines to the Third Precinct were cut and other explosive materials were found in the building.

The precinct, which police had abandoned, was set alight after some demonstrators pushed through barriers around the building, smashing windows and chanting slogans. A much larger group of people remonstrated as the building went up in flames.

In St. Paul, which shares the same metropolitan area, the police department reported over 170 businesses damaged or looted, and dozens of fires but no serious injuries so far.

Reporting from the city early on Friday morning local time, DW’s Stefan Simons said: “We had to leave downtown Minneapolis as looting and rioting took over peaceful protests. We heard more and more gunshots in the air, so more and more people with guns are patrolling the streets. Those were not the people protecting their property, those were protesters or rioters. Looting was rampant. Fires were everywhere.”

Simons spoke to protestors who said they could be put into two groups. The first said: “elites and politicians around the world have to see the violence and looting to understand how fed up they are with things like what happened to George Floyd.” Others told him that the riots were “nothing to do with peaceful protests at what happened.”

On Friday morning, the Minnesota State Patrol arrested a CNN reporter reporting live on television. Omar Jimenez was covering the protests, and without a reason being given, was led away in handcuffs along with three crew members.

I can’t stand back & watch this happen to a great American City, Minneapolis. A total lack of leadership. Either the very weak Radical Left Mayor, Jacob Frey, get his act together and bring the City under control, or I will send in the National Guard & get the job done right…..

Trump threatened an aggressive retaliation to looting, saying: “Just spoke to Governor Tim Walz and told him that the Military is with him all the way. Any difficulty and we will assume control but, when the looting starts, the shooting starts. Thank you!”

What caused the protests?

Protestors were reacting to the death of 46-year-old restaurant worker George Floyd, who was handcuffed and placed on the ground by police officers outside of a store on Monday. One of the officers then pressed his knee on Floyd’s neck for more than five uninterrupted minutes.

The moment was caught on video by a bystander, as a crowd gathered on the scene. In the video, Floyd is seen gasping for air and saying “I can’t breathe,” until he loses consciousness. He was then taken to a hospital and later declared dead.

All four police officers involved in the incident have been fired; an investigation is pending.

The episode was met with widespread condemnation, including the United Nations, who called on the United States to take “serious action” to stop the killings of unarmed African Americans.