Iraq exists in Bush’s unconscious, but no longer as the enemy. Iraq exists as a reminder of his folly. 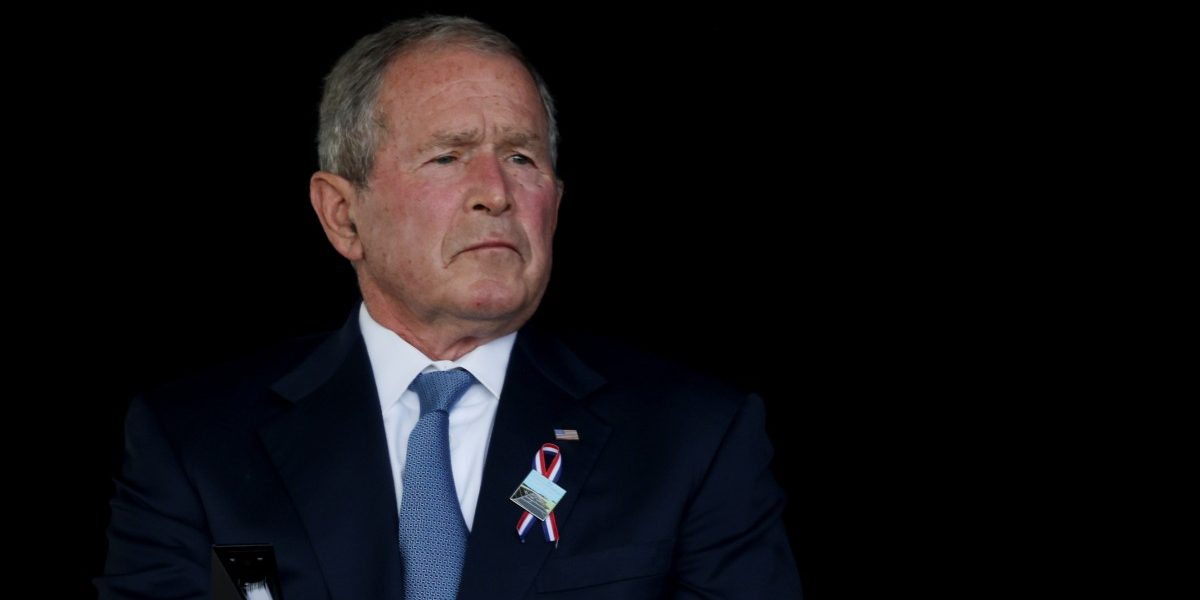 In his public comments on the war in Ukraine, ex-president of the United States, George W. Bush, made a historic gaffe. Reading from the prepared text, but taking his eyes off it at the last moment, Bush blurted out a momentous truth: “[The] decision of one man to launch a wholly unjustified and brutal invasion of Iraq… I mean, of Ukraine.”

The moment he realised his faux pas, he admitted under his breath, “Iraq, too”, and made his way out of the embarrassment, saying, “Anyway, 75!”

Bush’s gaffe is historic in all that it reveals about wars, nations and certain kind of political leaders in the world. It was rather effortless, to begin with, how Bush slipped into mentioning Iraq while speaking about Ukraine, as a victim-country of war. Bush revealed that the ghosts in his head seem quite active at 75. The ghosts of war haunt you, especially the wars that you waged against others, wars that were “unjustified and brutal”.

War is not just any other sovereign decision. It is the most privileged moment and act of sovereignty that declares who the enemy is. This is the opposite of the condition Thomas Hobbes defines as the “war of all against all” which is a pre-political state of nature. This is the war of one state against another after its justified existence in order to overcome the state of nature. The state runs the world in the name of preventing the state of nature. It does so by retaining absolute power to wage war in its name, and the name of its people. States order the world, maintain the “world order” (or “world peace” if you like) by simultaneously holding the right to wage war for the sake of that order.

The fact that America’s war against Iraq in 2003, and Russia’s war against Ukraine in 2022 were “unjustified” has been accepted by the leader who fought the former war. The slip of the tongue in this case was a Freudian slip (comedian John Fugelsang called it “a Freudian confession” on Twitter). It was a confession of crime, if not guilt. Iraq exists in Bush’s unconscious, but no longer as the enemy. Iraq exists as a reminder of his folly. The enemy is a ghost that haunt’s Bush imagination. Bush offers the world the important lesson that all (political) enemies eventually pass into ghosts. Since war is a declaration of death, it anticipates and produces a world of ghosts that outlive the war. The meaning of ghost here is twofold: the enemy is no longer seen as a human being but as a ghostly figure one must eliminate, and once the enemy is dead, it lives on in the unconscious realm as ghosts that outlive death.

War, in that sense, is ghost-making. Ideologies of war – where the enemy is declared as someone dangerous, whose existence is untrustworthy and hence isn’t worthy enough to live – not just caricatures the enemy but describes him as something unreal. For ideologies of war, the enemy is unhuman, monstrous, and all propaganda against it is justified. Propaganda in politics is a tool of war. The evil that designates who is evil is the real evil in history. Evil is not a figure, but a deed.

Also read: How India Nearly Gave in to US Pressure to Enter the Iraqi Killing Zone

There is a disturbing slippage in Bush’s confession. To equate Iraq with Ukraine, to juxtapose and superimpose one country with another, one war with another, is to treat counties and people generically, not specifically. To erase the distinction between one war and another is to treat war as a continuous and possible condition of the world order, with the plight of victims being the same. Each country suffers a distinct war, and undergoes a suffering that cannot be compared and equated with another. In fact, one of the most important arguments against war is to make the experience of war serve as a deterrent against a future, incumbent one.

The modern West, however, is founded on war and colonialism, and the radical disbelief and outrage currently in Europe is more about one white, European nation going to war against another. A similar disbelief is missing when it comes to Iraq or Afghanistan. A similar outrage is missing when it comes to Palestine. This is also the reason why the name of one country cannot be superimposed upon another. Iraq is not Ukraine. Iraq is radically other, and exists outside the racial and political limits of western imagination. Bush’s gaffe erases that distinction. His unconscious admission suffers from a crass inability to understand the incommensurability of war, and the impossibility of comparing its victims. The Iraqi poet who’s given the world unforgettable war poems, Sinan Antoon, reacted on Twitter to the audience that guffawed on Bush’s faux pas: “Freudian slip about past massacres (of other barbarians) amuses audience. All is well in the settler colony.” A joke for an American audience is humiliation for the people who suffered the brutal fact of war. A gaffe on war is not a joke.

The unexpected gaffe by a 75-year-old Bush shows that such verbal accidents are more likely to happen later in life, when an overripe unconscious is bound to make a slip. Bush’s mind is dogged by the ghosts of war. The historical, political and ethical scandal of his gaffe drives home what we know: War is a game that sovereigns play in the name of the modern state to relive a new version of the state of nature, where Hobbes’ “all” transforms into “some/one”, a particular enemy.

The enemy is often invented within nations, as much as between them. This idea has the disturbing potential to destroy the modern world.