"If everyone starts to impose export restrictions or to close markets, that would worsen the crisis," German agriculture minister Cem Ozdemir told the news agency AFP. 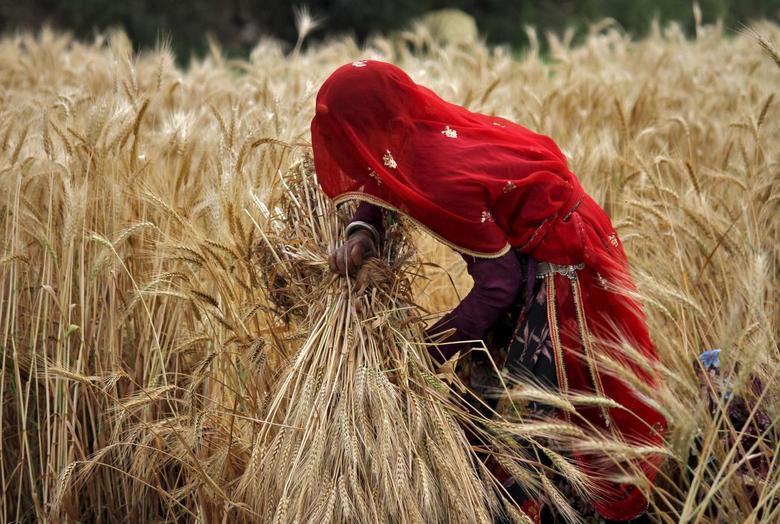 A veiled woman farmer harvests a wheat crop in a field on the outskirts of Ajmer in Rajasthan. Photo: Reuters/Himanshu Sharma

New Delhi: Agriculture ministers from the Group of Seven (G7) industrialised nations on Friday, May 13 condemned India’s decision to ban unapproved wheat exports after the country was hit by a punishing heatwave.

“If everyone starts to impose export restrictions or to close markets, that would worsen the crisis,” German agriculture minister Cem Ozdemir told AFP at a press conference in Stuttgart.

“We call on India to assume its responsibility as a G20 member,” AFP reported Ozdemir as saying.

India on Friday announced a ban on wheat exports with immediate effect as part of measures to control rising domestic prices, The Wire reported. However, it allowed wheat shipments with valid irrevocable letters of credit issued on or before the date of the notification.

Food secretary Sudhanshu Pandey said the government’s decision to ban wheat export is expected to cool down the domestic prices in a week or so. He added that the likely fall in wheat output in India and even in the government’s procurement is unlikely to affect the public distribution system.

The ban on exports comes amid disruption in global wheat supplies due to the ongoing war between Russia and Ukraine which are major exporters of the foodgrain. Separately, India’s retail inflation surged to an eight-year high in April due to high prices of fuel and food items.

Ozdemir told AFP that some “20 million tonnes” of wheat were sitting in Ukrainian silos and “urgently” needed to be exported.

According to the news agency, Ukraine exported 4.5 million tonnes of agricultural produce per month through its ports – 12% of the world’s wheat, 15% of its corn and half of its sunflower oil – before Russia invaded Ukraine. But with the ports of Odessa, Chornomorsk and others cut off from the world by Russian warships, the supply can only travel on congested land routes that are much less efficient.

At such a critical juncture, G7 ministers urged countries around the world not to take restrictive action that could pile further stress on the produce markets, the report said.